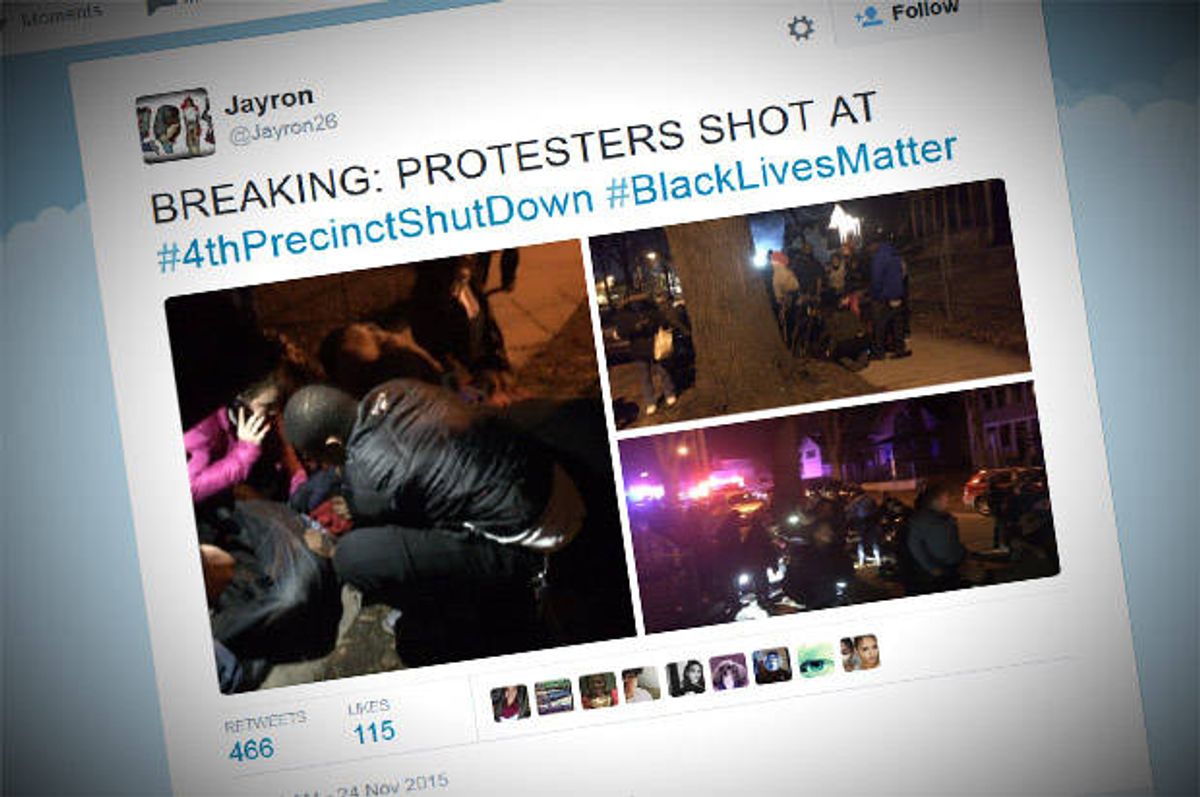 One of the three white men suspected of shooting at #BlackLivesMatter protesters late Monday evening has been arrested, the Star Tribune reports.

Authorities said that they arrested a 23-year-old male in Bloomington around 11:30 a.m. Tuesday, and are still actively searching for the other two alleged shooters.

Police have not decided whether to treat this shooting as a hate crime, sources familiar with the investigation told the Star Tribune's Karen Zamora and Libor Jany. The shooting occurred at approximately 10:45 p.m. Monday, and the victims were all black men between the ages of 19 and 43.

None of the injuries is considered life-threatening.

At the time of the shooting, the members of the #BlackLivesMatter movement were maintaining a presence near the 4th Precinct police station to protest the fatal shooting of 24-year-old Jamar Clark on November 15th.

They became suspicious of three masked men who were recording the faces of the protesters, and asked them to leave. When the three men refused, a fight broke out, and five or six of the protesters chased after the men. At some point during this chase, one or more of the men pulled out a gun and opened on fire on the protesters giving chase.