Rep. Steve King: No one from the Middle East has ever been successfully assimilated into "Americanism"

And once they fail to do so, he added, they become terrorists 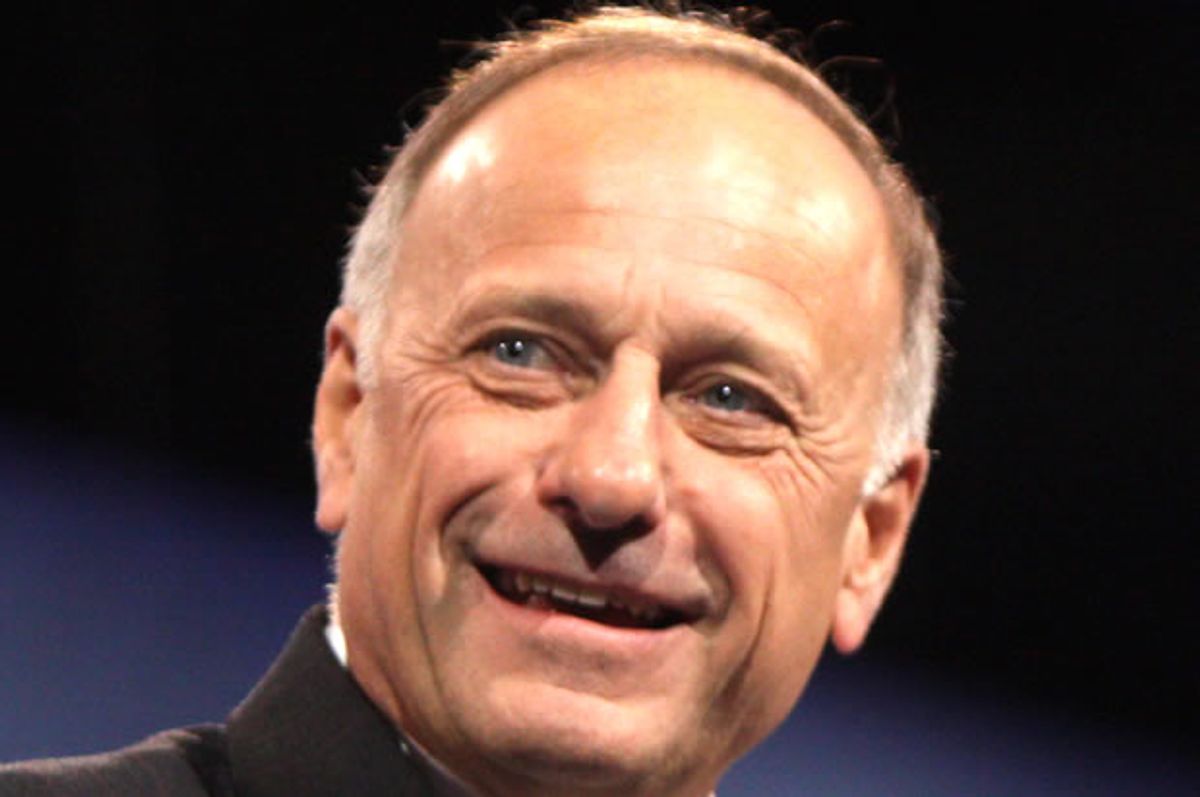 Iowa Representative Steve King (R) appeared on CNN Tuesday and declared that not only has no one from the Middle East ever been successfully assimilated into American society, but that their inability to do so after arrival actually transforms them into terrorists.

The proposal to accept Syrian refugees, according to King, unwittingly plays into the conspiracy of radical imams designed to "spread their version of civilization."

His proof? The fact that "there's no assimilation taking place here," which he knows about because "no one has shown me an example of people from that part of the world that have assimilated into the broader society." Host Chris Cuomo should have rattled off a list that included the likes of Paula Abdul, Jerry Seinfeld, and Steve Jobs -- all of whom are of Syrian descent -- but that likely wouldn't have stopped King, who was intent on claiming that Syrians are incapable of "honor[ing] Americanism."

"What we’re about here is building a culture in America that honors Americanism," he said, "and people who want to come here to become American and then can contribute to this country -- we should welcome them."

As for those refugees who don't arrive in America wishing to "honor Americanism," King stated that "we know if we bring in people from that part of the world, some of them will become terrorists. If they aren’t when they arrive, a number of them will be afterwards."

Cuomo attempted to demonstrate -- via facts instead of unfounded fears -- that only 12 of the 785,000 refugees admitted after 9/11 have been arrested for being involved in terrorist activity, meaning there's "a one in 100,000 chance of someone being affiliated with terror, so certainly you do have refugees coming here to do what you call Americanism."

King would have none of it, however, claiming that the best the United States could do for these refugees would be to "defeat the caliphate" in the Middle East.