Palin picks Seth Meyers for her return to the late-night stage. Trouble is, he's informed and has real questions 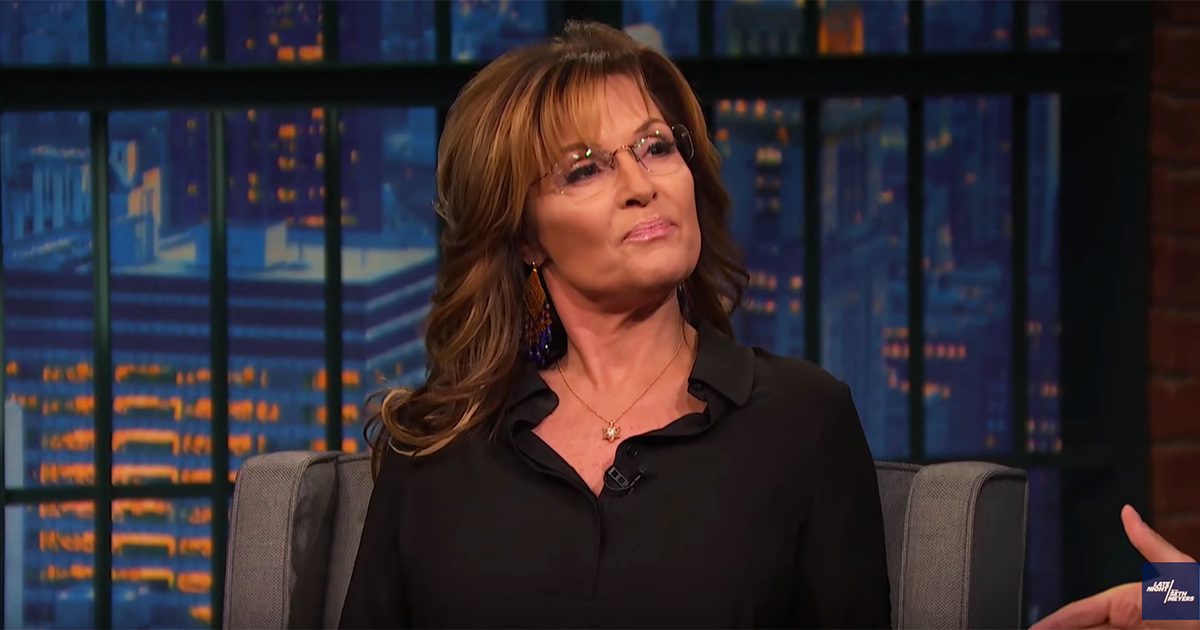 Sarah Palin was in the hot seat with Seth Meyers on Monday evening's "Late Night." Just when you thought she was disappearing into the ether of political history, she's poked her head up again. Why she chose Seth Meyers, who is known for actually knowing something and loves making fun of politicians, is anyone's guess.

Meyers had specific questions about the Paris attacks and the new restrictions in preventing refugees into the country. Isn’t this a "decision being made out of fear," Meyers asked, noting that Palin was sort of a governor after all.

Palin insisted that it wasn't about pushing refugees away but rather questioned the vetting process. She said these governors want to ensure "these are the innocents coming over and actually needing aid and they're not the bad guys infiltrating under the guise of refugee. And they want a vetting process because we don't have that from the top, we don't have that at the federal level."

"Truly, there is no way to filter out those who want to try and do this country harm with the process that we see in place today," Palin said, doubling down.

"If we were to strive to reach 'absolute safety,' we would not have freedom," Palin acknowledged, before negating that statement by saying she thinks we can have "both."

Meyers also recalled the recent "SNL" 40th Anniversary where Palin stood up in the audience to ask a question and was mistaken for Tina Fey. She said that after the show, comedian Louis CK came up to her to apologize for a nasty tweet he once sent while he was drunk on an airplane and that he felt really bad about it. Palin said she was really surprised and thought he was a nice man for apologizing.

Meyers asked why Palin thought Trump has taken off in the last six months since Palin made a joke about how much Lorne Michaels would pay her to run for president again, particularly if Trump was her VP nom.

Her answer: "Because he's not a politician, thank the Lord."

Meyers was quick to remind Palin "you were a politician ... not only were you mayor, you were governor. Yet, you don't think experience is important?"

Palin said she thought it was important but "at this time with our economy with our national security issues that uh, kind of, uh, it's been a culmination of a lot of problems with the professional politicians that have gotten us to where we are. And people are saying 'Ya know, that status quo has gotta go. Let's get some diversity in there. Let's get some fresh blood in there.' And that's what you see with these candidates who are rising in the polls."

Palin on why Trump is so successful: