Trevor Noah's just not funny: "The Daily Show" is a trainwreck -- I know, because I watch for a living

I'm a millennial who has watched every episode of Noah's "Daily Show." It's a disaster, and not getting any better 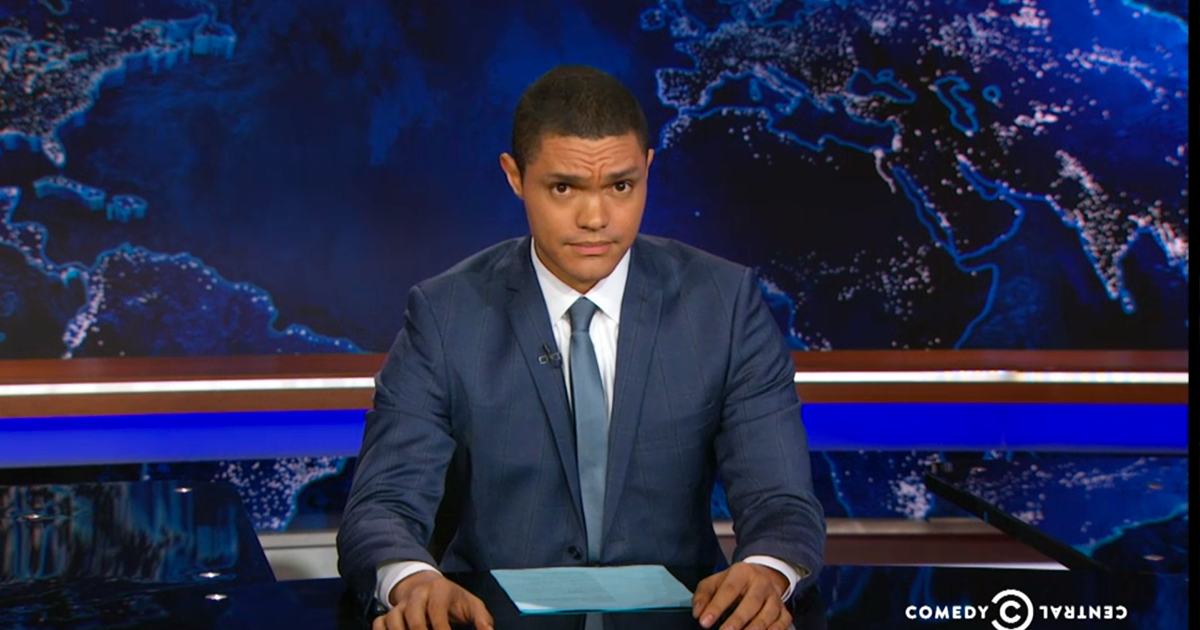 I watch comedy shows for a living. My job is to cover what happens overnight while the rest of you are asleep. I watch everything -- Fallon, Colbert and Conan, but even the later shows like Seth Meyers and James Corden. On Comedy Central, that means my nerd crushes like Larry Wilmore and Chris Hardwick, and also the new "Daily Show With Trevor Noah" that began in September of this year.

When I write up the morning clip, most times I try to make you laugh before you even watch the video. With people like Stephen Colbert, Seth Meyers and Chris Hardwick, that isn't difficult. Many times with the new "Daily Show" I find myself throwing in a few extra jokes to try to boost the funny. Yeah, the new "Daily Show" is so deadly that I have to do what I can to punch up the jokes.

I'm not the only one who senses that something is lacking. Since Noah's takeover, "The Daily Show's" ratings have fallen like a drunk heckler slipping on watermelon guts at a Gallagher show. Nielsen stats show a 37 percent drop overall. However, there has been an increase in the coveted 18-to-24 demographic by 20 percent, and on-demand streaming (presumably from younger online viewers) has increased by 44 percent.

All viewers, young and older, certainly appreciate Noah's impressive good looks, dazzling dimples and beaming smile. But the type of comedy to which loyal "Daily Show" watchers have become accustomed is drastically different. Jon Stewart has a kind of physical comedy you saw from greats like Robin Williams, Dick van Dyke or Lucille Ball. Noah's comedy is all in what he says or occasionally how he says it.

In the final month of the "Daily Show," the website did a series of videos remembering the 16 years of Stewart. One included clips of unbelievable accents. Another was a collection of his impressions from Sen. Mitch McConnell (a kind Cecil the Turtle from the old Looney Tunes cartoons), Sen. Lindsey Graham, a squinty-eyed George W. Bush with an evil laugh, and the odd gangster-squawk of Dick Cheney. But by far the best was an example of the years of physical shtick:

He even did an entire segment where he didn't say a word and used sounds and gestures along with the graphics to comment on Mike Huckabee. It was Stewart's 13-minute impression of Glenn Beck that took the show beyond mockery to sheer genius. After that, the "Daily Show" flew into the stratosphere of fans and will forever lead the annals of comedy until God himself tells you about the time two Jews walked into a bar.

Stewart's physical talent, silly voices and accents, self-deprecating humor and classic deadpan were the recipes for success to which the audience became accustomed. His "Daily Show" was like "Saturday Night Live," while Noah's is more like MadTV: well-written with good ideas, but burdened by clumsy attempts to emulate some previous idea of what funny should look like.

For all of Noah's classical beauty, he seems too unsure of himself to let the gestures and silliness fly. It's as if he has impostor syndrome and won't try new things for fear of failure. Even his deadpan is off. For each time Stewart cracked up with hysterics, Noah breaks 50 times more, making him look amateurish. Comedic timing should feel as natural as slipping down a slide. Right now his jokes are plopping down the stairs like a piece of pizza being dragged by a rat.

Add that to the newest crop of subpar correspondents who began when Stewart left and you've got a comedy meal that tastes as bland as "The Love Guru" or "The Adventures of Rocky and Bullwinkle." Not terrible, not worthless, but something you only watch on basic cable while you sweep the dust under the sofa or unclog the kitchen sink.

Noah has the disadvantage of high expectations. Stewart and his team spent years perfecting the "Daily Show." He too wasn't amazing on the first day, but he was jumping rope and built it up to a crazy double-dutch display. Noah has no choice but to pace himself into the big show. So far it seems like he's just wrapped up in the rope.