"The other thing I predicted is terrorism," Trump told supporters in South Carolina. "It's about vision, folks" 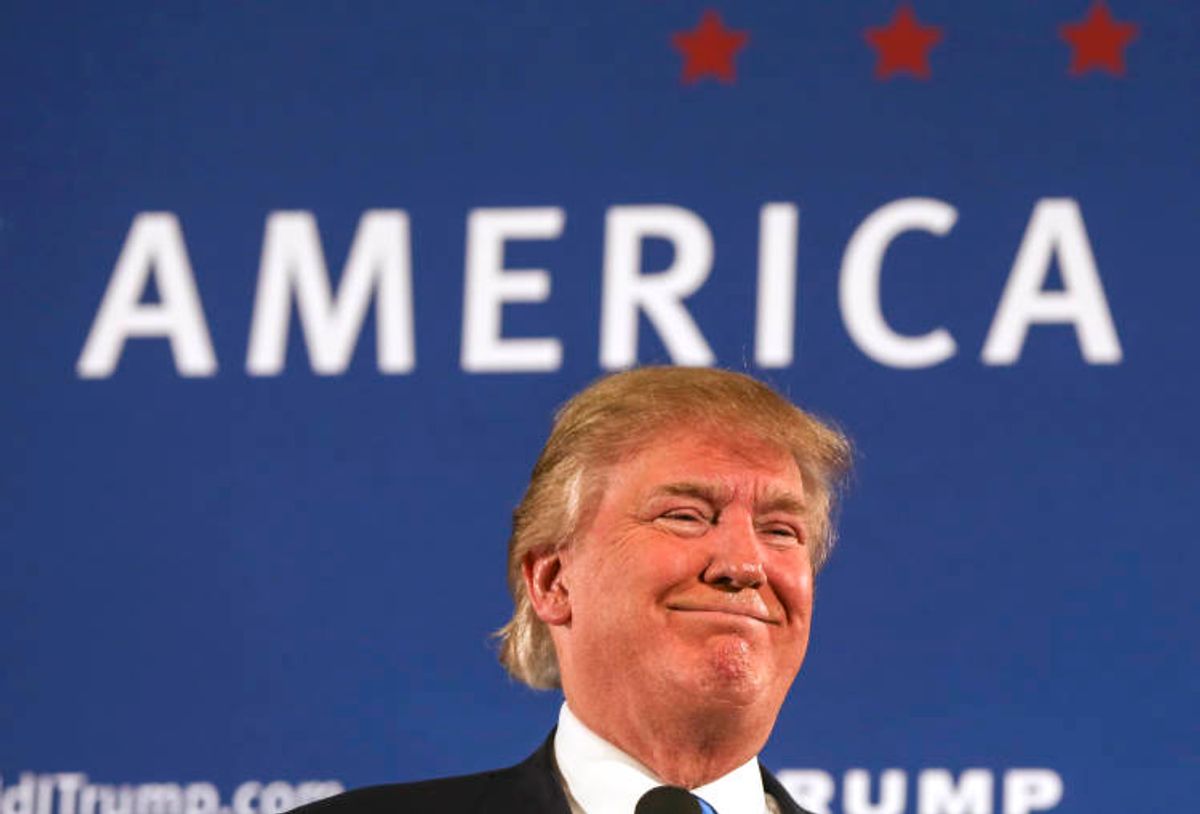 Donald Trump won't stop talking about 9/11. In the wake of the terror attacks in Paris and the ensuing hysteria he helped whip up, Trump has amped up his anti-Muslim rhetoric on the campaign trail by invoking 9/11 to paint Muslim Americans as suspicious, terrorist sympathizers or outright terrorists.

On Saturday, he told supporters at a rally in Alabama that he witnessed thousands of Muslim Americans in New Jersey cheering as the World Trade Center towers collapsed on 9/11. In the days since, Trump has only doubled down on the claim, intensifying his rhetoric and calling for a return to waterboarding. Last night, he did just that before a crowd of thousands in South Carolina, continuing for the fourth straight day to defend his thoroughly debunked claim and refusing to apologize. In fact, Trump said that he has now received "hundreds of phone calls" from people who say they, too, saw the celebrations and lashed out at the "liberal media" for refusing to corroborate his claims.

And according to the Washington Post, Trump also bragged that "the other thing I predicted is terrorism" during the rally:

Trump told the crowd he predicted the threat of bin Laden in one of his books, published more than a year before the 9/11 attacks. Trump says if bin Laden was taken out at that point, the attacks on the World Trade Center would not have happened.

As Buzzfeed pointed out back in October while Trump was berating Jeb Bush for his brother's failed post-9/11 decision to invade Iraq, Trump did write in his 2000 book, The America We Deserve, about an imminent threat posed by Osama bin Laden:

One day we’re told that a shadowy figure with no fixed address named Osama bin-Laden is public enemy number one, and U.S. jetfighters lay waste to his camp in Afghanistan ... He escapes back under some rock, and a few news cycles later it’s on to a new enemy and new crisis.

"The other thing I predicted is terrorism," Trump told the crowd in South Carolina on Tuesday, boasting that even his friends know him as a terrorism physic of sorts. "A friend of mind called me and said 'Forget that, you're the first guy that really predicted terrorism.'"

"It's about vision, folks."