The late-night shows are off for the holidays. But you're traveling and need a laugh. Here you go 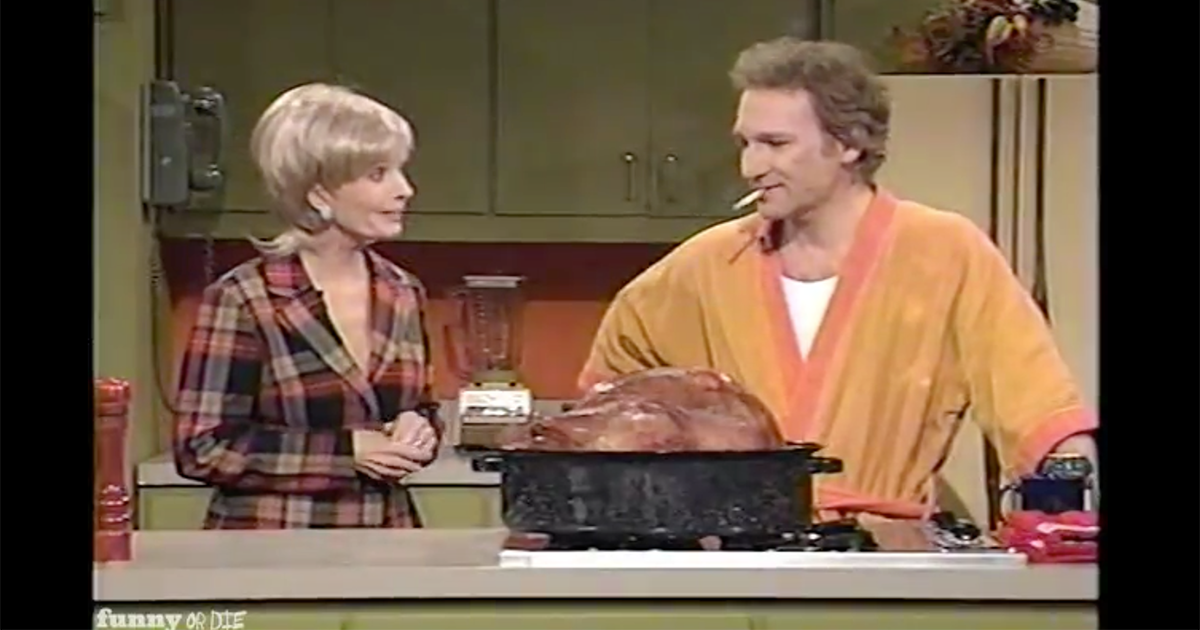 Last weekend, "Saturday Night Live" crushed it with the way that Adele will save Thanksgiving, but the history of this great country is hung on a timeline of Thanksgiving comedy. There is nothing more patriotic than making fun of the family that you're thankful for on Thanksgiving.

So, while many of the late-night shows are taking this week off, here are some funny moments satisfy your fix:

That time Jon Stewart had to break it to Stephen Colbert that he wouldn't be joining their family for Thanksgiving dinner.

"Thanksgiving started in 400 AD when Jesus said, 'Don't you guys have somethin' to say to me?' And everybody went: 'Thank you, Jesus.'"

David Letterman talks to kids about what Thanksgiving is:


Apparently the Indians came over here for dinner but they watched football first.

Johnny Carson and Doc Severinsen laugh themselves to tears about their Thanksgiving plans:

Stephen Colbert plays the role of your drunk uncle:

Paul Simon sings on SNL while dressed as a very large turkey.

MadTV: The most embarrassing parents ever have a Thanksgiving meal:

One year my grandma showed up with all of our Christmas presents and we just went with it.

Jon Stewart put a turkey on his hand and made it talk to us about the shortage of turkeys over 16 pounds in 2013.

"What's the point if I can't have a turkey over 16 pounds?! I may as well eat a hummingbird!"

"I'll tell ya what the Pilgrims did bring... smallpox..."

Politically Incorrect with Bill Maher circa 1998: A Very Brady Thanksgiving

"Like, I got out an old video tape last night of our Thanksgivin' from last year and I got so upset y'all I couldn't chew my gum."