Trump's campaign manager defends his candidate's 9/11 lies: Media is conspiring to bury evidence of his fictional story about American Muslims

Criticism of Trump's lies about American Muslims are "factually inaccurate" — "it happened," even though it didn't 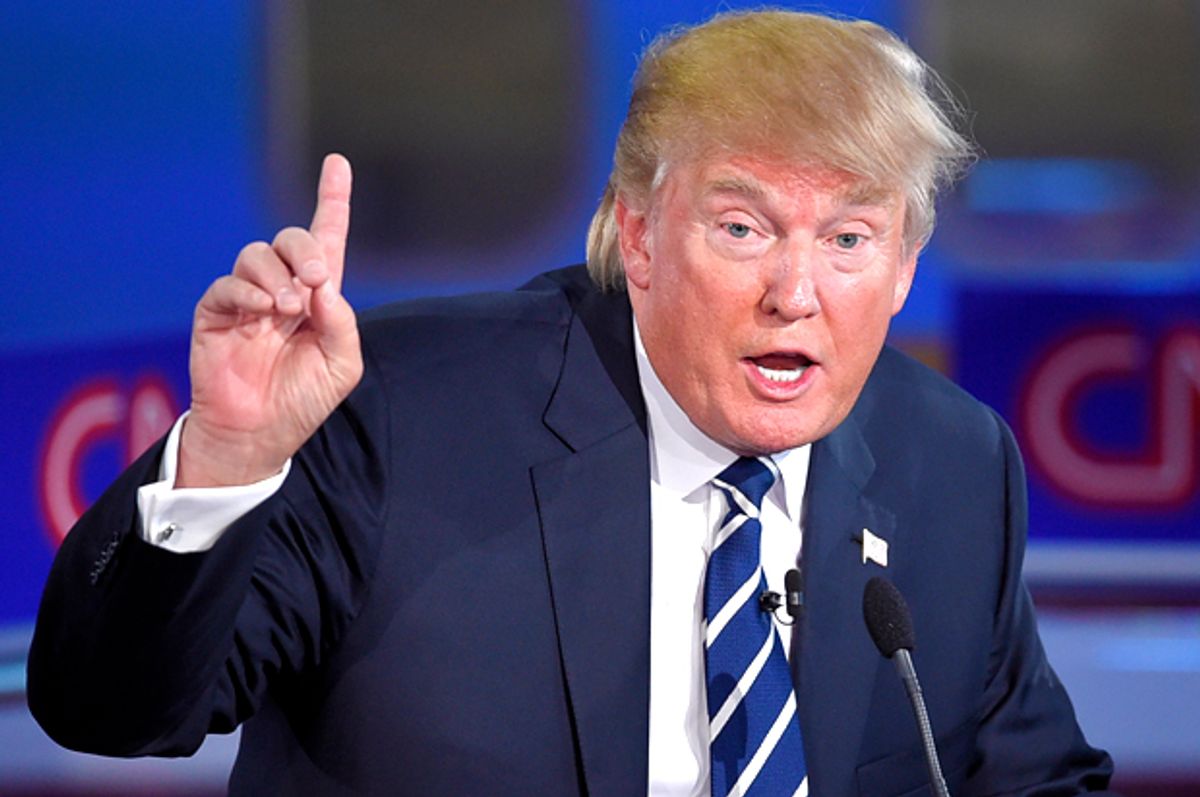 Donald Trump's campaign manager accused "the mainstream media" of collaborating against the GOP front-runner in an effort to discredit his claim that "thousands and thousands" of American Muslims in New Jersey celebrated as the Twin Towers fell on 9/11.

"For the mainstream media to go out and say that this didn’t happen is just factually inaccurate," Corey Lewandowski told Breitbart News. "We know it happened."

"They should go back and check the FBI records," he continued. "Mr. Trump has provided them local media outlets that have covered this coverage that they don’t want to go and talk about. He’s provided many opportunities for them to go and see it but they have their own agenda -- the media has their own agenda."

That agenda apparently entails the "actual reporting" of "factual facts," as there is no evidence -- neither from the FBI nor "local media outlets" -- that "thousands and thousands" of American Muslims gathered to cheer on the terrorists on 9/11.

Fellow GOP presidential hopeful Chris Christie -- who also, it should be noted, has a problematic relationship with reality when it comes to 9/11 -- said that his memory of American Muslims on 9/11 doesn't accord with Trump's. "I don't recall that," he told reporters Sunday evening.

"I can’t say that I have — it was a pretty emotional time for me because, as I’ve mentioned before, there’s family involved, there’s friends involved, and so it was a pretty harrowing time. I do not remember that," he added. "And so, it’s not something that was part of my recollection. I think if it had happened, I would remember it. But, you know, there could be things I forget, too. I don’t remember that."

Lewandowski insisted that statements like Christie's are just another indication of the mainstream media and establishment Republican effort to "discredit" his candidate.

Listen to the entire interview below via Right Wing Watch.