Wow, Seth Meyers just stripped down Donald Trump's lies and Islamophobia so clearly even your racist uncle will get it now

"When confronted about his lies, he doubles down," Meyers says, before answering back with reality 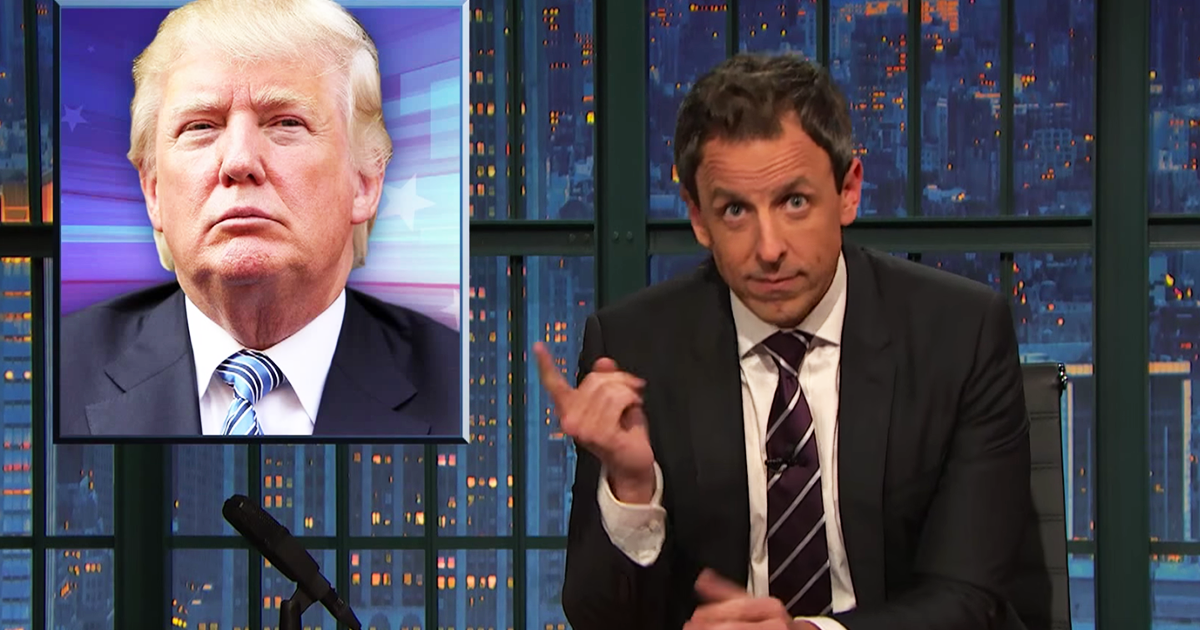 "Late Night" host Seth Meyers was on fire Tuesday night when he lit up Donald Trump for spending the weekend lying to justify his racism and Islamophobia.

Trump swears that he saw Muslims in New Jersey celebrating on 9/11, a claim that Meyers says has been universally debunked. "But even when he was confronted about the lie by George Stephanopoulos, Trump stood his ground," Meyers said. He then ran the clip of Trump doubling down saying that he saw it with his own eyes.

"But let's remember Trump also said he met Vladimir Putin when they were on the same episode of '60 Minutes' even though they filmed their segments thousands of miles apart. So, Trump's understanding about how TV works is not entirely trustworthy."

Meyers said it would be like Trump claiming he knew the Dallas Cowboys really well because just that weekend they played a game in his living room.

Trump even quoted a Washington Post report that alleged that "these people" were celebrating in the streets, however, the reporters who wrote the story have now come out saying that 1.) they never said hundreds or thousands of people were celebrating and 2.) the reporter could never verify the report.

Of course, Trump doesn't care about any of that. "When confronted about his lies, he doubles down," Meyers said. "And much like the KFC Double Down, each one is getting harder to digest. Because, Washington Post article or not, Trump claimed to have seen these events with his own eyes."

Trump then started tweeting out this blatantly racist chart with false crime statistics. "The chart falsely claimed that the percentage of whites killed by blacks is 81 percent when, in fact, it's actually 15 percent according to the FBI," Meyers said. "And I know from watching Dateline that the remaining 85 percent of whites are killed by husbands with boats." The source for the chart as you can see on the bottom says "Crime Statistics Bureau of San Francisco" which isn't even real. "The second problem is that it came originally from a Twitter account that used neo-Nazi images and described Hitler as '...the Austrian chap with the little mustache.' Which is, of course, how Hitler described himself on his Tinder profile."

Trump then quadrupled down on Fox News' "O'Reilly Factor." "When your defense is you didn't tweet it, you retweeted it, you're beyond doubling down," Meyers said. "But if you're waiting for Trump to apologize for anything he's said, don't hold your breath." Apparently, the last thing he apologized for was too many years ago to remember. "He probably forgot, because he has too many things to remember that didn't happen."