Our glorious Thanksgiving unraveling: Race, protest, patriotism -- and the forming, finally, of a true American spirit

Trump leads the GOP. Terror fears. Protests on campus. This is a fraught Thanksgiving — and that's a good sign 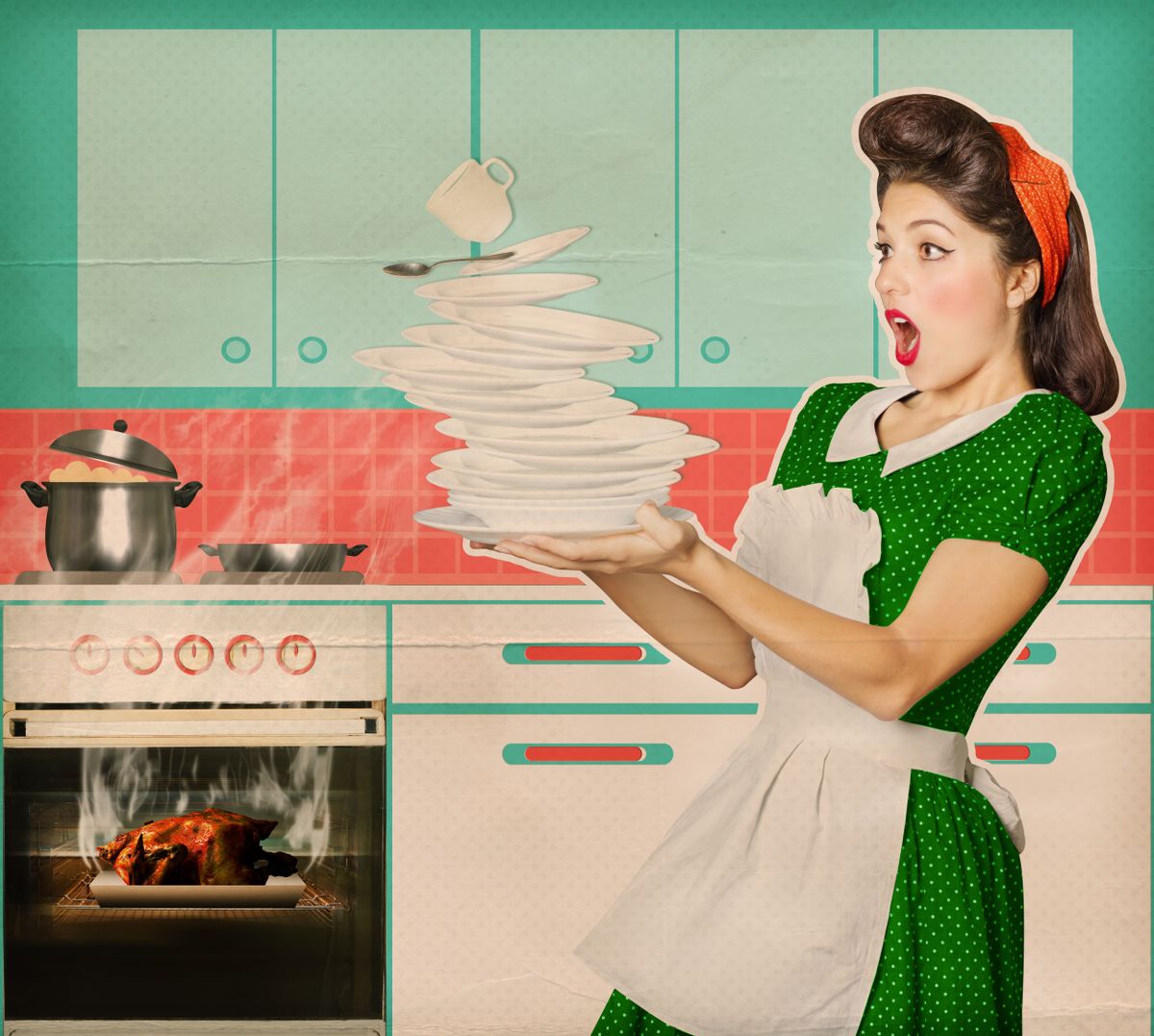 It is fascinating to watch these student protests arising around the country—the University of Missouri, Yale, Princeton, many others. Students, your timing could not be more arresting: Intentionally or otherwise, you give all of us something to be thankful for today and, one hopes, all days to come.

The proceedings that stir me most are those at Princeton. Students from the Black Justice League started a sit-in at the president’s office last week, demanding that Woodrow Wilson’s name be stripped from all buildings and academic programs bearing his name. Talk about grand ambitions. One may as well propose taking St. Patrick’s name off that big pile of marble on Fifth Avenue at 51st Street in Manhattan.

Wilson, a Southerner and scion of a Presbyterian minister, was a Princeton graduate, a scholar, what we would today call a public intellectual and, before becoming the 13th resident at the White House, Princeton’s president. He is famous for his Fourteen Points, the League of Nations and a certain kind of intrusive internationalism now known as Wilsonianism. Every president who has served during your lifetime was one or another kind of Wilsonian or neo-Wilsonian or what have you. (I await more eagerly than I can say our first post-Wilsonian president.)

Wilson was also a racist—a grand-scale racist. He took his inherited ring-for-the-servants racism global. In 1901, while American soldiers were slaughtering Filipinos who had fought for their independence from Spain, Wilson published an essay in The Atlantic called “Democracy and Efficiency.” In it he explained America’s duty in the century then to come. “The East is to be opened and transformed, whether we will or no. The standards of the West are to be imposed upon it,” he wrote. These “underdeveloped people,” he explained, were “still in the childhood of their political growth.”

Plainly, Woodrow Wilson’s name on anything is a problem once one scrutinizes the record. Indeed, the Black Justice League actually got Princeton’s president, Christopher Eisgruber, to say when he met them, “I agree with you. Woodrow Wilson was a racist.” One is only somewhat surprised at his honesty: Once called out, those smart Princetonians must have known Eisgruber had absolutely nowhere to hide.

Wilson’s racism was standard during his time, of course. He was part of the problem, not the solution, but he did not invent the problem. Good enough that one of our more over-hyped presidents no longer gets a pass, but there is something else we must note about Wilson: His internationalism, elaborated just as America assumed a role as a world power for the first time, was rooted in the church-bred belief in our nation’s Providential mission.

This is a problem, too. It cannot finally be separated from the race problem, but on this point Wilson truly was the originator. To put the point as simply as one can, Wilson took the exceptionalism of Winthrop—“Wee shall be as a Citty upon a Hill, the eies of all people are uppon us”—and cleaned up the spelling to bring it forward from 1630 into our time. One of the more celebrated books on American foreign policy in this century, published a few months before the September 11 attacks, bears the astonishing title “Special Providence.” That is Wilson at work, exactly a century hence from the essay I just quoted.

What captivates me about the Princeton students is their determination to lift the heavy, myth-encrusted lid under which we Americans have sheltered far too long. In this they tell us something about our moment. They are after the deep root of racism that still runs beneath our feet, and they follow it all the way down. And, having chosen the case of Wilson as their ground, they also bring into question the vast exceptionalist heritage Wilson fatefully reinterpreted in 20th-century language. This is the work that lies not only before students at Princeton: This is everybody’s work—and hardly is it finished.

How good to have it. A few days ago I wished an old and dear friend far away a happy Thanksgiving. “If you can find something to be thankful for,” she replied from the deepest depths of rural Utah. I told her I would figure something out and get back to her.

Waldo Frank, a now-forgotten writer who deserves better, published a book in 1929 called “The Re-Discovery of America.” In it he asked in rhetorical fashion, “What nation knows so little of its own beginnings?”

One can think of more accomplished forgetters than Americans. Post-Cultural Revolution China sometimes seems to float in time as if it fell from the sky yesterday. Every nation, indeed, is bound partly by what its people agree to forget together. Nonetheless, Americans present a strange case. Remembering, it is not too much to say, comes to be an unpatriotic act. The Princeton students, who now come in for all manner of blasts from “good Americans,” are a case in point.

This is the first key to constructing a post-exceptionalist consciousness among ourselves, then. It is to re-plough our own history, left fallow as it has been for far too long. The long tradition of mythologically driven historiography, alive now in the endless river of hagiographic stories by writers such as David McCullough, does not count. To draw a distinction I have made elsewhere, this is history, and we Americans cannot get enough of it, but it is history without memory.

What we find when we lift the lid is the story of a tempestuous nation in which exceptionalist ideology was disputed—messily, sometimes violently, with fierce commitment—almost from the first. As noted in a column a few weeks ago, three decades after the Constitution was ratified, the 22 states were in an uproar that was all about “the moneyed interests” and class war—earthly matters altogether. The notion of the Providential hand lingered, but a great many Americans knew very well there was nothing God-given about their new nation. Human agency gaveth, human agency taketh away.

A few weeks ago, Eric Foner castigated Bernie Sanders for his habitual references to Denmark as an example of what he meant by “democratic socialism.” The distinguished historian’s open letter to the Vermont senator appeared in The Nation, and you can read it here. It goes straight my point. (Or I go to Foner’s is more like it.)

“The next time, embrace our own American radical tradition,” Foner wrote. “You could begin with Tom Paine and other American revolutionaries who strove not simply for independence from Britain but to free the new nation from the social and economic inequalities of Europe. Embrace the tradition of abolitionists, black and white, men and women like William Lloyd Garrison, Frederick Douglass, and Abbey Kelley, who, against overwhelming odds, broke through the conspiracy of silence of the two major parties on the issue of slavery and helped to create a public sentiment that led to Lincoln’s election and emancipation.”

Foner is talking about an act of unburying, the recovery of what lies below the silence. The policy cliques and corrupt, know-nothing pols who now run Washington are allergic to history—and try to keep us away from it at all cost—for a very good reason. History is a weapon. In our past—another distinction I have made before—there is mythology and there is history. When you listen to these people, you hear the sound of mythology, of American exceptionalism. We need the sound of history now, and we have a chance to make it.

One other point in this line. Salon recently published my severe critique of the Sanders campaign. (The critiques of the disappointed tend to be of the severe kind.)

My point was not to suggest Sanders was other than the best candidate now before us. Nor was it to argue that one should not vote for him, as some readers seemed to take it. It is to say he has come up short on the question raised here. I seriously doubt Sanders is any kind of exceptionalist as I use the term. But the problem of exceptionalism cannot be addressed one issue at a time—a policy vote here, another there.

If we are to overcome this blight upon us (and the rest of the world, of course), the question must be taken on whole, all on its own—as a concept, an ideology. Anything short of this will not do if we are to kindle a post-American consciousness—a new American spirit, as my editor put it when we discussed this column.

A year ago at this time, I wrote a column about a cutting-edge novelist, one of the most thoughtful and most moving now writing in America, named Peter Dimock. I cannot recommend Dimock’s brief, rewardingly difficult, diamond-hard novels more strongly. He makes literary beauty out of the crisis I argue here we have an opportunity to confront effectively. This is an important, sustaining thing to do. You can find that column here.

One of Dimock’s themes is the power of history and hence its necessity. Another is language—and again, the topic is the power of it when it is deployed thoughtfully and spoken clearly, without subterfuge, without abusing of the truth. One of his characters aspires thus: “… to make it possible for… us to hold events in memory so that we are able to speak directly concerning ourselves…”

The connection drawn in this phrase is essential to note. It is by way of unsullied language that we are able to salvage history—to remember properly, and to build on the history that now lies buried behind us.

Sound history, clear language. The fight for both has been long and often futile. What has just begun in Princeton, it seems to me, reminds us that we live during a time when we need not finish in futility.

The students at Princeton fight for both of the above, if you think about it. To take up the case of Wilson is to argue that we as a nation re-rate the whole of what he stood for. And it is to argue for the proper naming of things: Let us consider what we mean when we affix someone’s name on a building or a school of international affairs. Now, having thought it through, we can ask, Is that what we want to mean?

“Still, some worry,” a Washington Post columnist wrote the other day. “If we erase Wilson, who goes next?”

Terrific question. Let us get to work on the list. It is long. Let us be thankful the chance comes to us now to write it out. With it in hand, we can tell the story differently. We can make something new, something post-exceptional, of ourselves.