White America's Willy Loman crisis: Inside the suicide epidemic raging in the bastions of middle-class privilege 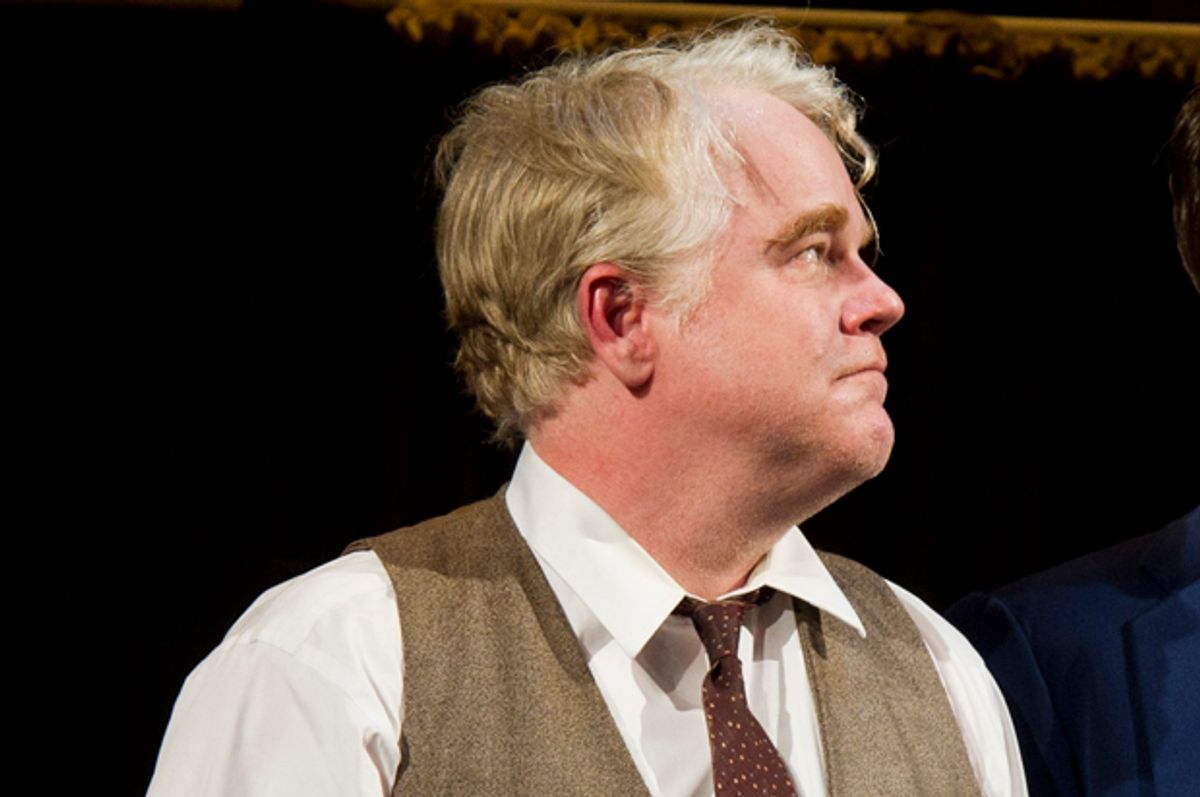 Recent reports on a dramatic spike in middle-aged white male suicides has thrown a spotlight on a trend that has been years in the making but long remained in the shadows as a taboo subject.

For a whole host of reasons, white men my age have real brand problems. There just is not the societal concern over a demographic cohort whose skin color alone is one that historically conferred privilege. To be honest, as a collective brand, older white guys overplayed our hand. Don’t expect a telethon or a White House Conference on our predicament. Certainly, centuries of treating people as chattel, targeting Native Americans for genocide, denying women political autonomy -- the list goes on and on -- has narrowed our fan base.

No doubt there’s a reason we feel so alone and angry. We were masters of the universe, until we weren’t, and in the violent world we created a handgun becomes our last refuge to meet our maker.

After a national decline from 1986 up until 2000, the number of Americans committing suicide in 2009 surpassed the 35,369 deaths that year that were attributed to traffic accidents. By far the largest group that chose to end it all, rather than seeing another day on plant earth, was older white men.

This die-off may serve as a kind of anthropological warning about the pernicious nature of global capitalism and how it treats those its marketplace judges surplus. As the twenty-somethings are finding out with their low post-college wages and their debt-burdened balance sheets, no matter what your demographic niche, this is a rigged game, kind of like trying to walk up the down escalator.

Back in 2013 Dr. Tom Freiden, director of the Centers for Disease Control, told PBS that researchers believed there was a link between protracted hard economic times and suicide:

“We know in times of financial stress, there’s generally an increase in suicides. We also know that this is a generation that grew up at a time when they expected more than some have been able to achieve in their lives, and also that they’re stressed with what their kids are going through and what their parents are going through, so in some way the sandwich generation.”

In the years since the 2008 meltdown, corporate media, which survives by keeping the mass consumer market stoked and folks buying on credit, has been cheerleading a nonexistent recovery. For decades now, as wages continued to not hold their earning power, the owner class substituted credit so that workers felt prosperous.

Now, for the tens of millions of American families living in the new non-fantasy nation where credit has evaporated and wages still are deflated, the gap between what is portrayed by our consumer-driven media and what they are living grows by the day.

Occasionally, it pops through when the sheer number of homeless is so high that a two-minute news feature is required. When empty zombie foreclosure homes in places like Newark and Baltimore catch fire, it is reported as almost a meteorological story with no context, as if it were a natural event like wildfires burning out of control in Australia.

The Obama White House points to the ever-dropping top line unemployment number -- one that excludes the tens of millions of Americans who have stopped looking for work or are working part-time at jobs they desperately need to be full-time. The labor force participation rate continues to drop to levels not seen since the 1970s, with just a little over 62 percent of Americans in the workforce or actively looking to get back in. That means that for a whole variety of reasons we now have more than 94 million potential workers sitting on the sidelines.

Dr. Harriet Fraad is a New York City therapist who specializes in helping families dealing with the fallout from the Wall Street meltdown. Fraad says that for once-successful middle-aged white males, now stuck in long-term unemployment, their despair is compounded by the isolation that comes with a sense that the American recovery is real for everybody else except for them.

Thus, a media driven entirely by money and the consumption imperative denies a sense of solidarity to masses who struggle to survive week to week. This is the same crew who scratch their heads and just can’t seem to grasp the popularity of a Donald Trump on the right and a Bernie Sanders on the left. "Why are people so angry?"

“It is no accident that the biggest surge in suicide,” says Fraad, is “middle aged men who have been dislodged from their whole self worth when they are dislodged from their net worth.” Fraad has observed that once men lose their sense they can provide for their family “they are humiliated and see no future, no comeback ahead of them.”

Fraad says the loss of earning power can set the stage for a pyscho-social demotion, not just in society, but within the family.

“I can give you an example of an amalgam of different cases that I have of a man who is in his middle 50s and who was fired and whose wife then started to become the chief breadwinner,” says Fraad. “She took over all the reins of the family. Now the children look to her if he told them to do something—they would look to her and she had to agree because he lost his authority. He was suicidal because he felt that he was no longer a man and had no place in his family.”

So what’s to be done? Fraad says its important for families and individuals struggling with prolonged economic hardship to not blame themselves. She says historically, back during the Great Depression, organized labor was crucial in helping people pull together and push for change.

Yet with organized labor representing such a small percentage of the American workforce there have to be other forms of community engagement where people can help each other to rediscover their human potential that the market is missing.

John Fugazze, 59, from Bergen County, New Jersey, had to grapple with the demons of long-term joblessness. He lost his home and filed for bankruptcy. He says the U.S. labor market has been so radically altered by the Great Recession, the nation is still in the throes of a jobs crisis that’s largely ignored. The jobs that have been created pay less, are month by month, and often come without benefits.

Back in 2011, Fugazze started an unemployment self-help group called Neighbors Helping Neighbors at his local library, which quickly grew to a statewide grassroots effort that helped 500 people find work. Fugazze says it is important for the long-term unemployed to not feel isolated, especially when so many politicians continue to proclaim the country is in recovery because it serves their "we fixed it" narrative.

“When your in a job search alone you really blame yourself. ‘I am doing something wrong, there is something really drastic going on here that I need to fix,’” says Fugazze, whose group has now been emulated as far away as Madrid, Spain. “It wasn’t until I really started getting out there that you see in your neighborhood lots of people that are out of work. You realize there is really something significantly wrong with this economy.”