I am too old to fight hipsters

We left Brooklyn a decade ago. Now it's followed us upstate. We don't need after-hours clubs, but do bring bagels 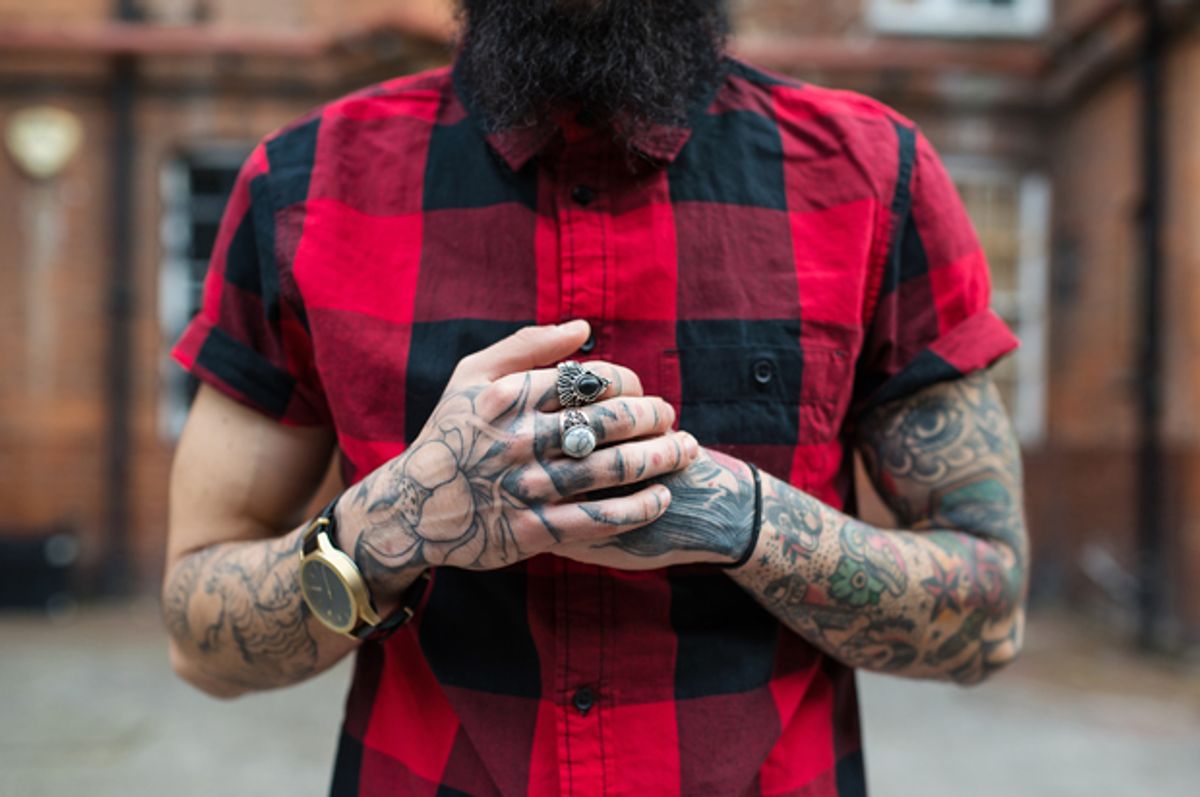 First, let the record show that I am writing this from Brooklyn, looking out on the house I lived in somewhat contentedly, on “Lower” Park Slope, for the best part of a decade. I say somewhat contentedly only because, like so many people who realized their youthful dream of living in New York City, the subsequent realities of marriage, mortgage and child-rearing combined with a lack of physical space and a desire for fresh air eventually encouraged me and my brood up and out to a new life in the Catskills exactly 10 years ago.

Let the record also show, then, that the story of migration from New York City to the Catskills is almost as old as the mountains themselves. From the mid-19th century Hudson River School of painting to the First Art Colony in America (Palenville, for the curious), from the celebrated Borsch Belt to the renowned left-wing summer camps, and from the musicians of the 1960s folk generation to a certain well-known rock festival, the Catskills have always been a place of happy respite for New Yorkers seeking rest and recreation – many of whom, like myself, end up transforming their long weekends into permanent relocations.

Quite why the travel/leisure/entertainment media is suddenly now acting as if the Catskills have just been “discovered,” and quite why they have decided to judge the Phoenicia village I call home by the standards of hipster Brooklyn, is therefore beyond me. But it shows no signs of slowing down: Almost every few days, another website, magazine or international newspaper (even the Guardian!) is to be found gushing in that urgent tone of those who want you to believe they’re letting you in on a secret, all of them urging readers to visit the area in general and the “cool” little village of Phoenicia in particular. It’s got to the point of T-shirts emblazoned with the words “Catskills vs. Hamptons” -- although you won’t find us locals wearing them, for the simple reason that it was never a contest.

Admittedly, we are partly responsible for our hipster plight. When Budget Travel nominated Phoenicia as one of its potential Coolest Little Towns in America, we were urged by villager boosters to abandon our supposedly outdoor lifestyles and stuff the online ballot-box, which was not only perfectly legal, but clearly effective: Phoenicia is now -- and will be forever -- officially known as Budget Travel’s Sixth Coolest Little Town In America, 2011.

To be clear, we truly welcome all visitors; tourism is the Catskills’ enduring industry and we do it exceedingly well. All we ask of the media happily sending people our way is that it does some homework, stops basing its articles on a previous publication’s article, and ceases comparing us to that which we are not. I am pointing my finger here specifically at a horrendously facile puff-piece produced by the once fine and fee-based, but now freely distributed and accordingly down-market Time Out New York, which only this October promoted Phoenicia as a destination under the headline, “If You’re Homesick for Brooklyn.”

Naturally, this quickly elicited responses on the Phoenicia Facebook page, the best of which stated, succinctly, “If you are homesick for Brooklyn stay in Brooklyn. If you want to visit and experience Catskill country living then you are welcome.” But then that’s just one of the many reasons that Phoenicia is not Brooklyn: The people are unfailingly polite.

I admire my fellow Phoenician for his restraint. I found it hard to be quite so generous after dipping below the headline to read the opening gambit of Time Out’s piece, which claimed that “the small town (of Phoenicia) is like the Williamsburg of the Catskills, packing a fun, quirky punch.” This is utter nonsense, and not just because Williamsburg is neither fun nor quirky; as the (blessedly uncredited) author’s very next sentence points out, Phoenicia’s population is all of 300 – or about as many as the average Bedford Avenue coffee shop. In fact, once we got beyond the premise, the only actual example the writer could come up with of anything in Phoenicia that possibly compared to Brooklyn was the Phoenicia Diner’s new cocktail lounge – one that seemed rather pointless given that the Lounge had closed up for the winter by the time the piece came out. As they say in the New Yorker (a publication known for fact-checking in the first place), always call the venue before heading out.

Here, then, for those in need of a reality check, are 10 other reasons why Phoenicia, indeed the Catskills as a whole, are not Brooklyn:

We have Republicans. Lots of them, unafraid to admit it. And guess what? Most of them are totally agreeable people – as long as you don’t discuss anything they might disagree with, which is pretty much everything, including the weather, given that such a topic inherently leads to climate change and the denial thereof. Our mutual unwillingness to upset our daily interactions with our neighbors defines as distinctly non-urban.

We have black bears going through our garbage, not rats. (PS: They were here first.)

We don’t charge $5.50 for vegan muffins, per Sun In Bloom on Park Slope’s Bergen Street. Actually, we don’t have vegan muffins, certainly not in Phoenicia. What we do have, at Mama’s Boy – a coffee shop that looks out onto an outdoor gazebo and green space, not the B63 bus -- are vegan cookies baked by a local yoga-teaching mom and, I can assure Salon readers, you will get ample change from a $5 bill.

We have open land. In case you haven’t noticed, space comes at a premium in Brooklyn. In the Catskills, it comes with the territory, with 287,500 acres of it permanently protected as the Catskill Forest Preserve. And while property prices are inevitably a subject of conversation here as they are everywhere, all things are relative: It is hard to imagine how even David Bowie (a local resident, apparently) could spend the $3.62 million that would currently buy him but a three-bedroom loft in Kent Avenue’s new “Osten Williamsburg” without inadvertently buying an entire village in the process.

We hear gunfire on a regular basis. That was once a soundtrack to both Brooklyn and the Catskills; now, it might only be heard in these here hills, where hunters not only exhibit their God-given right to slaughter wild animals at all times possible, but practice their aim at various gun clubs around the region. Do the rest of us feel safe as a result? Let me put it this way, when we wear orange on the public trails during hunting season, it is not because it is the new black.

Our weekly jazz night, at the Arts Upstairs community gallery on Main Street, has no drinks minimum, despite the fact that it promotes established musicians, many of whom relocated to the area over the years. It has no drinks, permanent. You are welcome to bring your own.

Our Saturday night line-dancing, at the Emerson Resort’s Catamount lodge, is not ironic.

Our bars close early, if they open at all. The Phoenicia Diner’s new cocktail lounge, what you would call a “destination bar” given that it sits all alone out on Route 28, is absolutely worthy of its media glory. (I did, however, get a little itchy the night it was taken over by plaid-shirted young men with lumberjack beards whose lack of rural chops were evidenced by their increasingly loud discussion of their Brooklyn bands’ fortunes, or lack thereof.) However, even before its Columbus Day seasonal closing (it will be back for Christmas week), it was only ever open from 7-10 p.m., and on just Fridays and Saturdays. Here and there, I gather, one can get a drink after midnight in the Catskills. I wouldn’t know. I’m usually in bed.

Our running trails are just that. As someone who trained for marathons while living in Brooklyn, I know from experience just how tedious it becomes figuring out which way to run round Prospect Park for the sake of variety. (Clockwise. Or anti-clockwise? Oh the choices!) I also know that running the same route daily will soon enough slow you down. In the Catskills, however, and especially for anyone staying in Phoenicia, you can point yourself in pretty much any direction and go -- without traffic lights, sidewalks or cyclists to stop you. Be aware, however, that almost everywhere in the Catskills leads uphill, and steeply so. You will be grateful for making the effort when you get the mountaintop views that magically eliminate all traces of humanity. Try as you might (and believe me, I tried), you cannot achieve such serenity in Brooklyn.

Our bagels are awful. Truly. And there, if nothing else, is a major reason why the Catskills can never be Brooklyn; there are some things the big city just does so much better. So if you’re truly homesick for Brooklyn when you come visit the Catskills, bring some bagels with you. And please do share them with a local. We promise we won’t bite.