For years, I worried the letters I wrote were a waste of time. A student's tragic death taught me their value. 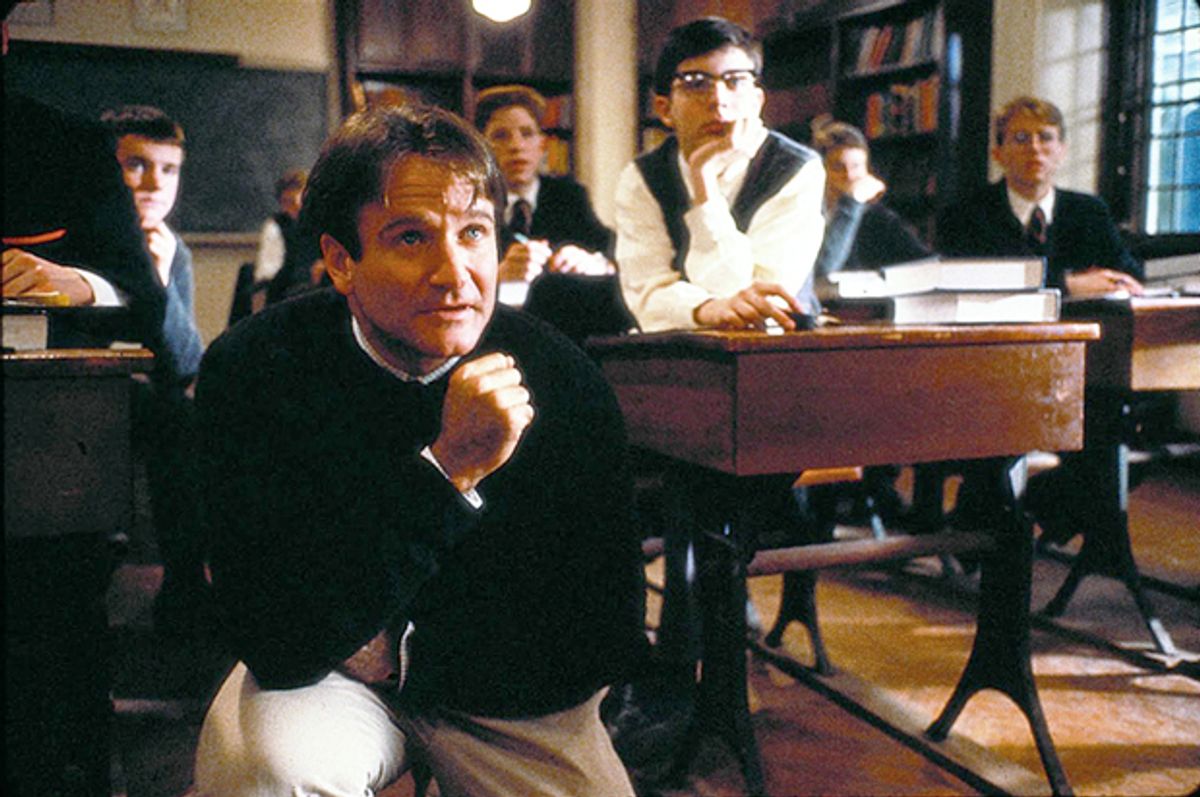 If there’s a “High School Teachers’ Most Thankless Tasks” list out there, then “writing college recommendation letters” has to be near the top.

It has nothing to do with the students, most of whom do thank me, with notes or Starbucks gift cards or trays of homemade cookies. No, the thanklessness is more of a “return on investment” thing -- the investment, in this case, being time.

Let me explain: As a high school English teacher, I’ve written, at minimum, 350 recs over my 15-year career. And I’m not talking “plug-different-names-into-a-template” kinds of form letters, but well-crafted, personalized testimonials for each student. That takes time, maybe an hour per letter.

And when you’re writing 25 letters every fall, all of which all come due around the same time, and you’re still trying to do the actual teaching job, not to mention squeeze in a personal life… well, those hours add up.

Moreover, these are hours spent doing something that’s not technically part of the job. I mean, it is part of the job, because students need them. But on the other hand, I can’t imagine writing letters is a contractual obligation. It’s extra. You do it because you care about the kids.

Deep down, I always suspected I spent way more time writing these letters than the college admissions folks spent reading them. Only I never knew for sure… until the day I had a chance to talk to an admissions reader from a selective college. He had visited our department to talk about the whole college admissions process, but the teachers mostly wanted to know the truth about recommendation letters. So we asked him, point-blank, if our letters were ever actually read.  He responded honestly, with three simple, soul-crushing words: “Skimmed at best.”

Now, I don’t blame the college admissions officers, who read thousands of applications each year (tens of thousands for the really big universities). How can they pore over every recommendation letter, especially when it’s just one piece of the entire application?

And I don’t blame the students, either. They’re not trying to burden teachers with extra work. As I said, they need these letters; it’s part of the application game. So I never deny any student who asks me for one. (And, in truth, for students who are on the fence, a glowing recommendation letter could ultimately nudge them into the “Accepted” pile.)

Still, when I think about the hours upon hours spent writing letters that essentially no one reads… well, it’s hard not to get discouraged.

Teachers know discouragement.  I can remember, my first year teaching high school, I spent my Christmas vacation grading "Huck Finn" essays -- dutifully marking them up, over-filling the margins with meaningful feedback. I returned them the first day back, and at the end of that very class, I found a bunch of essays in the trash. The kids looked at the grade and immediately tossed them, barely giving my comments more than a passing glance. That’s discouraging.

But the “skimmed at best” revelation stung even more, because it seemed to suggest some scam, some giant conspiracy against teachers. I had to wonder, isn’t there a better way to give colleges feedback on these students? A more efficient way? After all, the “Common Application” includes a teacher evaluation form, which is a simple checklist. Why can’t that suffice?  If everything else in education is becoming standardized, then why spend hours writing individualized letters? If these letters are “skimmed at best,” why write them at all? Does any of it even matter?

Of course, the more cynical folks in the teachers’ lounge have always asked that question, not just about the thankless job of writing recommendation letters, but about the entire profession of high school teaching. Think about it: You write a recommendation letter, you craft it the best you can, and then you send it off, into the void. We do the same with students: We invest our time, try to give them what they need, and send them off. And in both cases, we rarely know if our investment mattered, if it was worth it.

Now, I have been fortunate. I have a box in my basement crammed with cards and letters students have written over the years, thanking me for our time together. I treasure all of those letters. Still, the fact remains that, while a lot of kids do let you know that you made a difference, a lot more of them do not. So, even though I try to stay optimistic, I don’t blame any of my colleagues who may, in their darkest hours of disenchantment, look at their careers and ask themselves, “Why bother?”

Earlier this year, I actually figured out an answer to the “Why bother?” question-- as it applies to college recommendation letters specifically and teaching in general. Unfortunately, the answer grew out of a tragedy.

Last May, one of my former students, a young woman named Courtney Wilczewski, died in a car accident. She was not at fault: another driver drifted into her lane and hit her head-on. She was so young when she died, just two days shy of her 23rd birthday.

I have to confess, when I heard the news, I could picture Courtney’s face, but I had trouble remembering a lot about her. So I went back into my computer files, to see if I had written her a recommendation letter.  I had, six years before. And when I read the letter, everything about her came flooding back to me. How she worked as a counselor for Camp Horizon. How she helped for years with the Special Olympics basketball team. How she was petrified of oral presentations, and how she overcame that fear by always volunteering to go first. And how her experiences with public speaking taught her that (and I’m quoting her directly here) “with good preparation, confidence, and a little support, I could do anything without being afraid.”

I hadn’t thought about Courtney for several years, but reading this letter made her come alive for me, allowed me to see her all over again -- the person she was and the person she hoped to be. And I realized how lucky I was — not only that I got to know this amazing young woman, but that I have a letter, an artifact, to remind me just how amazing she was.

High school is fleeting. I mean, life is fleeting... but high school is really fleeting. It may not always feel that way; certain periods seem to drag on forever. But our time together is so, so short. Kids come into teachers’ classrooms, into teachers’ lives, and then move on... as they should. They need to. But the college letter, in its most ideal incarnation, is a way to preserve that relationship, those flickering moments of connection, long after those students have flown away, to college and to whatever new worlds lie beyond

I can’t honestly say that I re-read rec letters regularly, or that every letter I’ve written is for a student who profoundly affected my life. Nor can I say writing 25 letters every fall is a breeze. Quite often, if I’m being honest, I’d rather be doing almost anything else. But I’ve learned the real reason why we need to write them. Recommendation letters do not just help students get into college; they do not just help secure our students' futures; they help memorialize our past. That’s what writing does, after all: captures moments in time, until we’re ready to relive them.

When I think about all those letters I’ve written, those “skimmed at best” missives, sitting in some stranger’s file somewhere, I do feel that twinge of thanklessness… but only a twinge. That time I spend teaching students may be fleeting and skimmable to everyone else… but to me, it’s real.