The Bush presidency was my fault: I am so sorry my work stopped the Florida recount

Fifteen years ago, a Florida judge cited my stats theory and the recount ended. The Iraq War still torments me 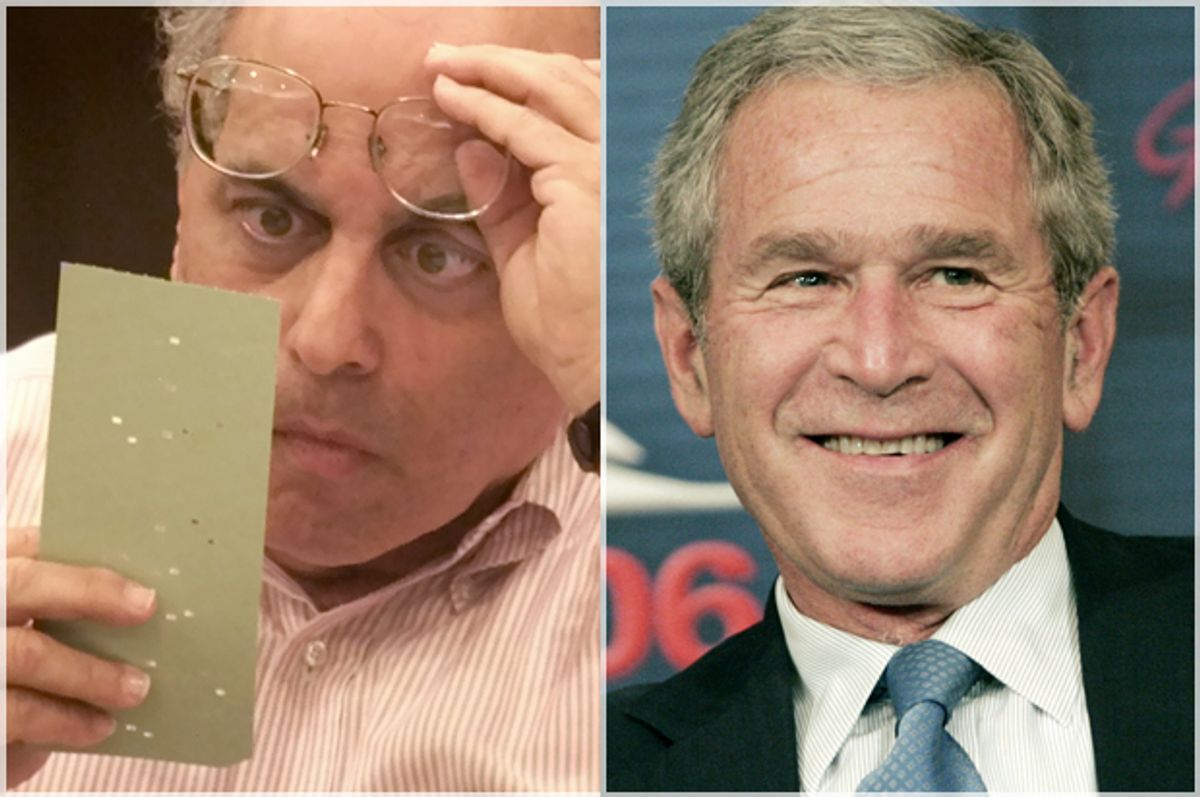 Excerpted from "A Numerate Life: A Mathematician Explores the Vagaries of Life, His Own and Probably Yours"

An example of an extremely significant, decidedly unintended result of a relatively tiny event can be nightmarish. This one is, at least for me. It concerns the role I played in getting George W. Bush elected president in 2000. That I was the butterfly whose fluttering cascaded into Bush’s election still pains me. I had written an op-ed for the New York Times titled “We’re Measuring Bacteria with a Yardstick” in which I argued that the vote in Florida had been so close that the gross apparatus of the state’s electoral system was incapable of discerning the difference between the candidates’ vote totals. Given the problems with the hanging chads, the misleading ballots (in retrospect, aptly termed "butterfly ballots"), the missing and military ballots, a variety of other serious flaws and the six million votes cast, there really was no objective reality of the matter.

Later when the Florida Supreme Court weighed in, Chief Justice Charles T. Wells cited me in his dissent from the majority decision of the rest of his court to allow for a manual recount of the undervote in Florida. Summarizing the legal maneuverings, I simply note that in part because of Wells’s dissent the ongoing recount was discontinued, the case went to the U.S. Supreme Court, and George Bush was (s)elected president.

Specifically, Judge Wells wrote, “I agree with a quote by John Allen Paulos, a professor of mathematics at Temple University, when he wrote that, ‘the margin of error in this election is far greater than the margin of victory, no matter who wins.’ Further judicial process will not change this self-evident fact and will only result in confusion and disorder.” (Incidentally, the CNN senior political analyst at the time, Jeff Greenfield, cited the quote in his book on the 2000 presidential election, "Oh, Waiter! One Order of Crow!," and wrote, “The single wisest word about Florida was delivered not by a pundit but by mathematician John Allen Paulos.” I doubt, however, that Greenfield thought it was reason to stop the recount.)

I was surprised and flattered, I admit, by the judge but also very distressed that my words were used to support a position with which I disagreed. Vituperative e-mails I received didn’t help. Many were angry that I would support Bush. Some were clearly demented. With all due respect to these correspondents and the esteemed judge, I believed and still believe that the statistical tie in the Florida election supported a conclusion opposite to the one Wells drew. The tie seemed to lend greater weight to the fact that Al Gore received almost half a million more popular votes nationally than did Bush. If anything, the dead heat in Florida could be seen as giving Gore’s national plurality the status of a moral tiebreaker. At the very least the decision of the rest of the court to allow for a manual recount should have been honored since Florida’s vote was pivotal in the Electoral College. Even flipping a commemorative Gore-Bush coin in the capitol in Tallahassee would have been justified since the vote totals were essentially indistinguishable.

Historical counterfactuals are always dubious undertakings, but I doubt very much that the United States would have gone to war in Iraq had Gore been president. I also think strong environmental legislation would have been pursued and implemented under him. Was I responsible for Bush’s presidency? No, of course not; butterflies can’t be held responsible for the unpredictable tsunamis that in retrospect can be traced to their fluttering and to a myriad of other intermediate events. Still, every once in a while, the guiltifying thought that the unwarranted Iraq War was my fault does occur to me.

John Allen Paulos is a professor of mathematics at Temple University and the author of Innumeracy, A Mathematician Reads the Newspaper, and A Numerate Life: A Mathematician Explores the Vagaries of Life, His Own and Probably Yours.