The good, bad and Grinch-worthy: A guide to the weirdest holiday programming for Christmas 2015

From "Santas in the Barn" to "All I Got for Christmas Is Brain Surgery," we've got your seasonal tastes covered 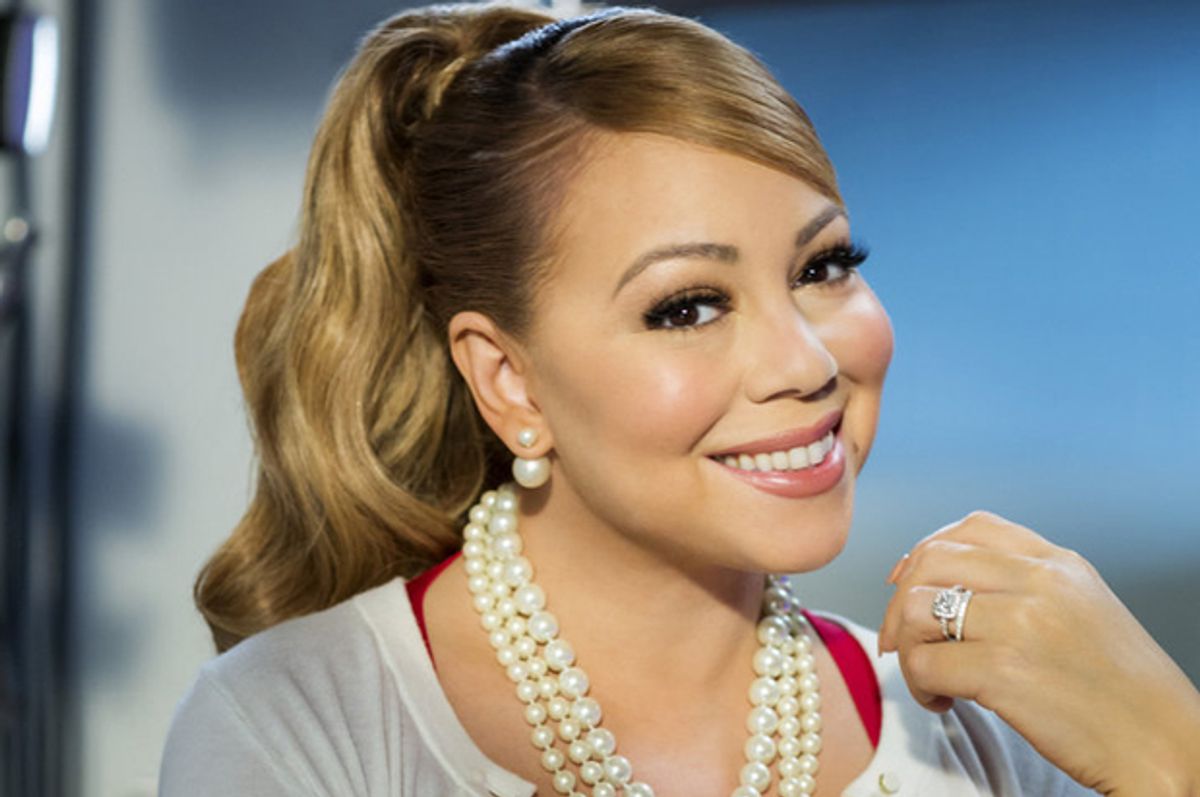 Television goes nuts for Christmas. Nearly every network does something for the holidays—whether that’s as basic as Christmas-themed films or as elaborate as live holiday concerts. In between, there are endless Christmas ads—reminding you either that you haven’t finished your holiday shopping or that your family gathering won’t be nearly as nice as the ones in the commercials. Even if you like Christmas, it can be overwhelming; if you don’t, or aren’t feeling festive this year, the incessant barrage can be really terrible.

If you like a little bit of holiday cheer, but not too much, I’ve picked out some highlights for the programming season. If you get a kick out of watching that which is silly and hackneyed and starring former child stars, I’ve chosen some of that, too. And if you really just want to marvel at what the appetite for holiday programming does to well-meaning television shows, I have some of that, too. Here’s your guide to the hellscape of holiday programming.

“All-Star Gingerbread Build” (Food Network, Nov. 28)
A competition special where Food Network stars have 72 hours to make life-size gingerbread houses. And then eat them, I hope!

“Frozen Fever” (Disney, Nov. 29)
Another installment of Anna and Elsa’s magical world. Disney is airing a new original short starring the characters and world of “Frozen,” called “Frozen Fever”—a prequel to the beloved movie that either you or the children in your life (or, let’s be real, both) have seen 100,000 times. Do you want to build a snowman?

“The Great Holiday Baking Show” (ABC, Nov. 30)
I’m cautiously optimistic for the American version of the United Kingdom’s smash hit “The Great British Bake Off” (now airing in syndication on PBS). ABC has morphed it into a holiday baking show for American audiences, hosted by Nia Vardalos, of all people—the writer and star of “My Big Fat Greek Wedding—and her husband, Ian Gomez. It’s a baking elimination challenge, but with a holiday theme. First episode: Christmas cookies.

“A Very Murray Christmas” (Netflix, Dec. 4)
Sofia Coppola directs this meta Christmas special starring Bill Murray, in which Murray—playing himself—hosts a snowed-in Christmas special that, Dominic Patten writes, is a bit like an hour with his Nick the Lounge Singer “Saturday Night Live” character, complete with Paul Shaffer, Maya Rudolph, Amy Poehler, George Clooney, Chris Rock and, apparently, Miley Cyrus, too. It promises to be absolutely bonkers, but hopefully in a good way.

"Doctor Who" Christmas special (BBC America, Dec. 25)
"Call the Midwife" Holiday special (PBS, Dec. 25)
And if you’re already following along with these two British shows, you’ll have a chance to partake with one of Britain’s holiday traditions—the Christmas special. On “Doctor Who,” River Song returns; on “Call the Midwife,” the nuns at Nonnatus House find a baby on the doorstep.

“It’s Your 50th Christmas, Charlie Brown” (ABC, Nov. 30)
Normally, Charlie Brown and the rest of the “Peanuts” gang would be a sure bet, but ABC is going to make some kind of holiday retrospective out of the 50th anniversary of “A Charlie Brown Christmas,” hosted, for some reason, by Kristen Bell. ABC promises live performances of Vince Guaraldi’s music and celebrities offering their favorite Charlie Brown memories.

“Santas in the Barn” (truTV, Dec. 2)
Ten Santas are brought to live at “the ultimate Christmas fantasy camp” where they compete against each other through “over-the-top Christmas-themed challenges” in order to determine “who most lives the ‘Santa Way.’” Winner gets $100,000. Unclear where the barn fits in.

“The Great Christmas Light Fight" (ABC, Dec. 7)
In the grand theme of dubious holiday traditions, families pit their house-decorating skills against each other to see which home can create the most ridiculous Christmas light display.

“Wish Upon a Christmas” (Lifetime, Dec. 13)
Larisa Oleynik—formerly of “Mad Men,” “10 Things I Hate About You” and “The Secret World of Alex Mack”—stars with Aaron Ashmore and Alan Thicke in this strangely fiscally aware Lifetime movie. “Business executive Amelia returns home to help a family-run ornament company,” but the employees “are heart-broken and shocked to learn that her plan to get the company on track involves massive layoffs. As Amelia prepares for the holiday 'trimmings', she finds herself rekindling an old romance with her high school boyfriend Jesse, who is also the company's owner.”

"A Christmas Melody” (Hallmark, Dec. 19)
The only thing that really matters about this film is that pop songstress Mariah Carey is in the role of the mean girl, pitted against the protagonist (Lacey Chabert) and her young daughter. It is also the 11th of 12 original holiday films that Hallmark will be airing from now until Christmas.

“The Victoria’s Secret Fashion Show” (CBS, Dec. 8)
The Weeknd, Ellie Goulding and Selena Gomez will all perform. Given that every year, it is a terrible, brain aneurysm-inducing parade of eating disorders in high heels, this year is unlikely to be any different.

“Monsters Inside Me: All I Got for Christmas Is Brain Surgery” (Animal Planet, Dec. 17)
The show follows various brain surgeons as they perform brain surgery around Christmas. Probably a heartwarming episode. The title could use work.

“Glitter Force” (Netflix, Dec. 18)
A kids’ show that sounds like a knock-off of “My Little Pony: Friendship Is Magic” and/or “Sailor Moon,” but with Christmas terms thrown in. From the press release: “When the magical kingdom of Jubiland is invaded by an evil emperor and his band of fairytale villains, a tiny pixie named Candy recruits five preteen girls to form the powerful team of the Glitter Force to help defend Earth from becoming the next target. These fabulous friends transform from ordinary school girls into super powered cool girls.”

“Tanked: Holiday Madness” (Animal Planet, Dec. 25)
The Acrylic Tank Manufacturing staff decide to compete against each other in a “tank-off.” “Jackass” creator Jeff Tremaine returns to judge. I do not await it with bated breath.