A "mob of black students" did not "barricade" faculty on a Canadian campus: The right-wing media is blatantly lying about the #blackoncampus movement 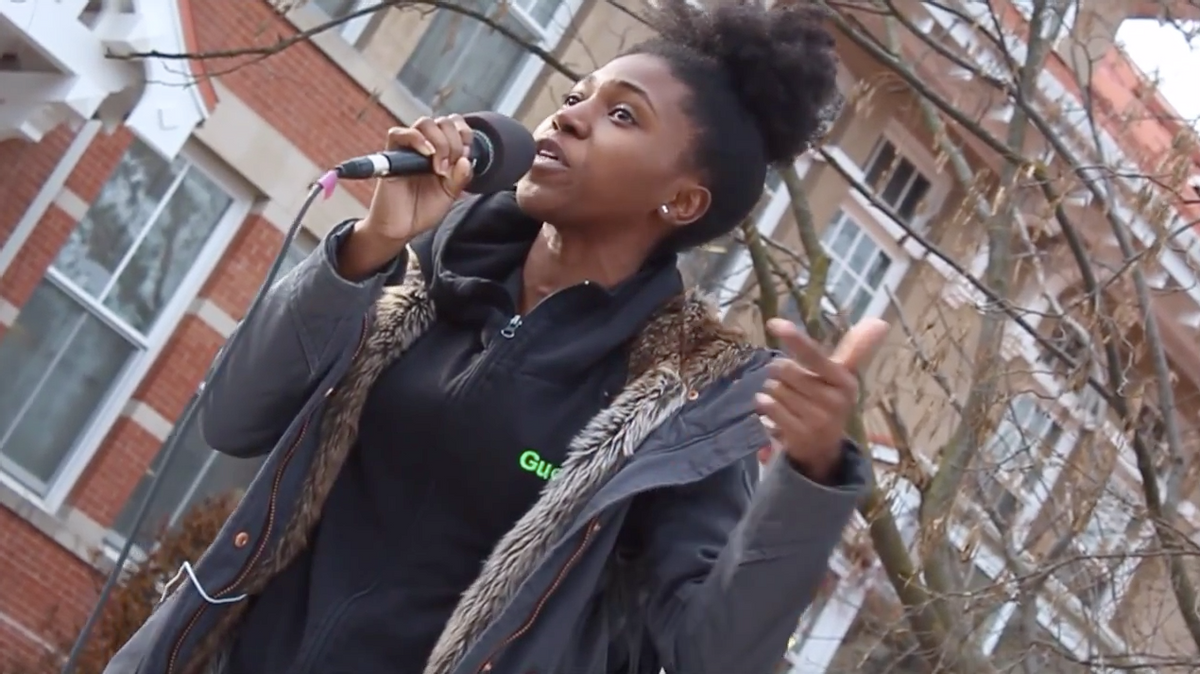 Earlier this month black students at the University of Guelph peacefully protested racism on their campus. They marched across the school and later met with the vice president of academics and the associate vice president of student affairs in their offices.

During the meeting students read a list of demands and talked about the racism and marginalization they encounter daily on campus.

The right-wing media grabbed hold of the story and Breitbart called the student protest a "mob of black students" that "barricaded" the vice president in her office to "intimidate" her.

Watch this video to see the top four most blatant lies in Breitbart's coverage of the #blackoncampusGuelph protest.