Conspiracy-theorist nutbags run Congress, and they're making Benghazi a verb: Next up, climate scientists 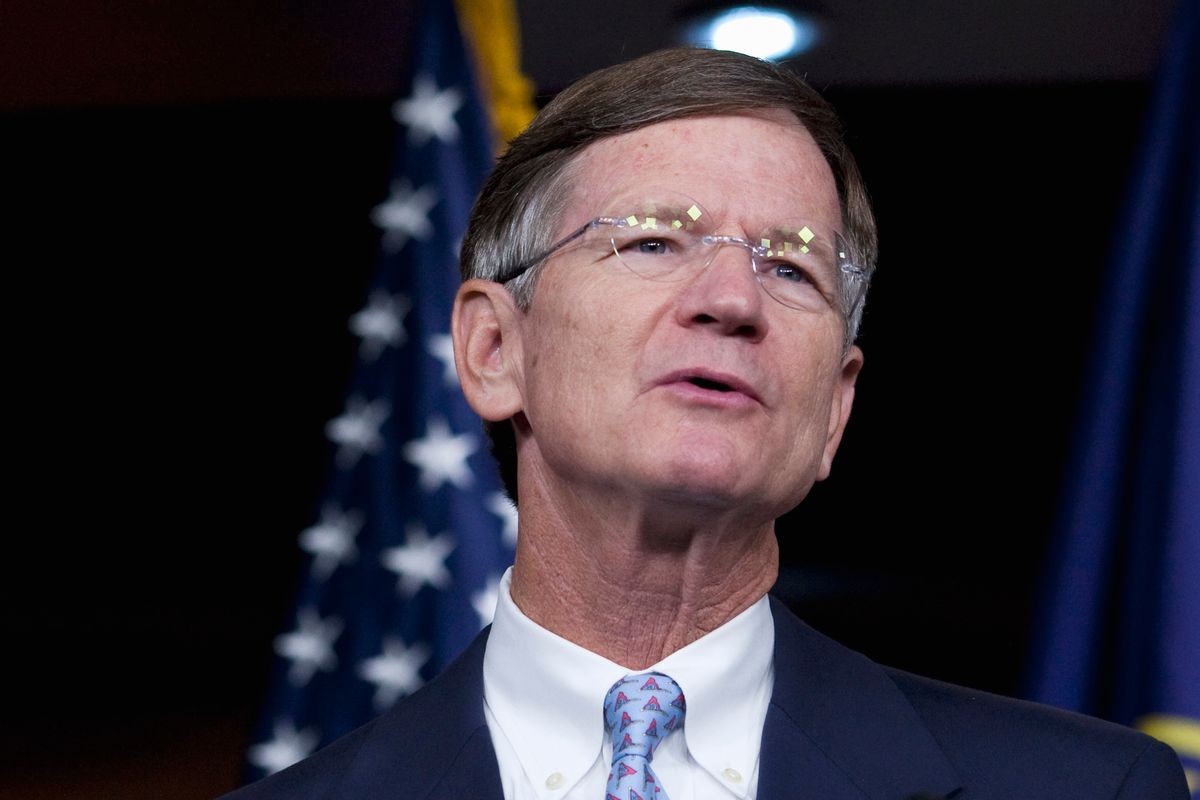 It may not roll off the tongue easily, but it's time to verb-ify the word "Benghazi." To Benghazi someone would mean to subject someone who is clearly innocent of wrongdoing to months and even years of punitive "investigation" in the faint hope that you can turn up a word or memo that can be taken out of context to destroy them politically.

While the end goal of Benghazi-ing is to comb over every word a person has said or written for something that can be distorted for political gain, it must be noted that even if that goal never materializes, Benghazi-ing your political opponents is its own reward. You can't throw them in jail, since they didn't do anything wrong, but you can subject them to endless, disingenuous inquiry from nutbag conservatives, a process so miserable that many victims might start wishing for the sweet release of death.

The two most prominent Republican Benghazi-ing efforts--the endless Benghazi hearings and the endless Planned Parenthood hearings--have generally backfired, revealing the shocking levels of dishonesty and outright stupidity in the Republican caucus and generating sympathy for famous victims, like Hillary Clinton and Cecile Richards, who held up admirably under attacks from wannabe witch hunters. But the visceral pleasure that Republicans get from using subpoena power to harass people they don't like clearly outweighs political considerations. So House Republicans prepare to Benghazi climate scientists for having the audacity to point out that climate change is a thing that is real.

Tuesday, seven major scientific organizations that represent literally hundreds of thousands of scientists sent a letter to Rep. Lamar Smith, who chairs the science and tech committee, asking him to stop Benghazi-ing (my word, not theirs) a group of scientists working for the National Oceanic and Atmospheric Administration. These scientists have offended Smith by, what else, doing research that shows that climate change is real. Specifically, they published a piece in Science that showed, despite previous studies suggesting that global warming had slowed down, that in fact it had not. This was widely accepted as a reputable study, since it was based on refining the measurements.

But Smith refuses to accept this, instead launching a bunch of baseless accusations that they faked the data in order to please President Obama, who Smith clearly sees as a supervillain who is making up this "climate change" thing out of evil. Thus, a bunch of subpoenas and demands that scientists turn over documents, mostly likely to be combed through by people who have no ability to read the climate data that the scientists collected.

NOAA is resisting, with the support of these seven other major science groups, including the American Association for the Advancement of Science, which is the oldest and biggest general science society in the country. On its surface, resisting the inquiry might seem like a bad idea, because it allows Republicans to posture about how the scientists are supposedly hiding their results, even though the study was subjected to intense peer review.

(Not that this matters at all. The majority of Republicans--and nearly all Republican politicians--subscribe to the conspiracy theory that holds that nearly all the world's scientists are working in cahoots to perpetuate the climate change hoax, at the bidding of Democrats and Obama, who want to destroy the fossil fuel industry because reasons. Probably because Satan said so.)

But in this political environment, being cautious about just handing a bunch of documents over to Republican is a smart move. After watching the Planned Parenthood and Benghazi hearings, a couple of things are clear: One, the Republicans will extract any stray word or number they can and take it out of context in an effort to advance their political agenda, with concerns about decency and honesty not restraining them in the slightest. Two, if they can't find something like that, they'll probably just lie about it.

That whole situation involved fairly simple numbers. Imagine what kind of lies and distortions Republicans could gin up with the complex equations and variables that go into climate science.

Climate scientists already have a lot of experience dealing with the sociopathic levels of dishonesty that Republicans bring to bear on this issue. In 2010, some climate change conspiracy theorists--who, again, overlap with Republicans nearly completely--released stolen emails from some climate scientists, notably Michael E. Mann. Mann, who currently works at Penn State, was a target because of his famous "hockey stick" graph that showed that current climate fluctuations fall well outside the normal patterns of Earth's history. (One conspiracy theorist gambit is to claim that the Earth's rising temperatures are just part of a natural fluctuation cycle, something Mann's research showed was unlikely.)

Nothing in the emails showed anything but scientists who were working earnestly and honestly on their research.  However, conservatives latched on to a single word--"tricks"--and claimed it was evidence that the scientists were trying to trick the public. In reality, they were employing the other common usage of the word, to mean "strategy." ("My trick to removing stains is to let the stain remover soak for awhile" is different from "I'm trying to trick these assholes into believing climate change is a worldwide conspiracy.") But no matter how many times this was pointed out, conservatives remained firm, and the media and legal harassment of Mann continued for years, until the Supreme Court of Virginia put an end to it in 2014.

That is what climate scientists are up against: People who are so committed to this conspiracy theory and so indifferent to human decency that they will pretend not to know what the word "trick" means in order to score political points. You can't argue with people like that. You can't explain evidence to people who will just lie to get their way.

There is no small amount of projection going on with this devotion to a conspiracy theory accusing Democrats and scientists the world over of conspiring to hoax the world about climate change. After all, Republicans themselves are clearly united around an actual hoax to deny climate change and they conspire to do so. But the difference is a) the evidence of the conservative conspiracy is right under our nose and doesn't need distortion or massaging the evidence to be seen and b) the motivation--financial backing from the fossil fuel industries, coupled with a pro-business ideology--is crystal clear.

Not so with the motives ascribed to the imaginary conspiracy of scientists. Why nearly every scientist and most world leaders would join this conspiracy to scare the world into thinking the earth is warming has never made a lick of sense. To keep you from driving an SUV? To show those oil billionaires after they snubbed you for a party? Those are rather small goals for such a big conspiracy.

This is where we are at, in 2015: Congress is controlled by a party of conspiracy theorists who want to abuse their subpoena power to dredge up more grassy knolls for the ridiculous conspiracy theory du jour. Whether the conspiracy theory is "Benghazi" or "Planned Parenthood" or "climate science," the method never changes. No wonder NOAA is resisting getting sucked up into this nonsense.