70 percent of the refugees, the former representative said, are "gang-age males" coming to US to rape for jihad 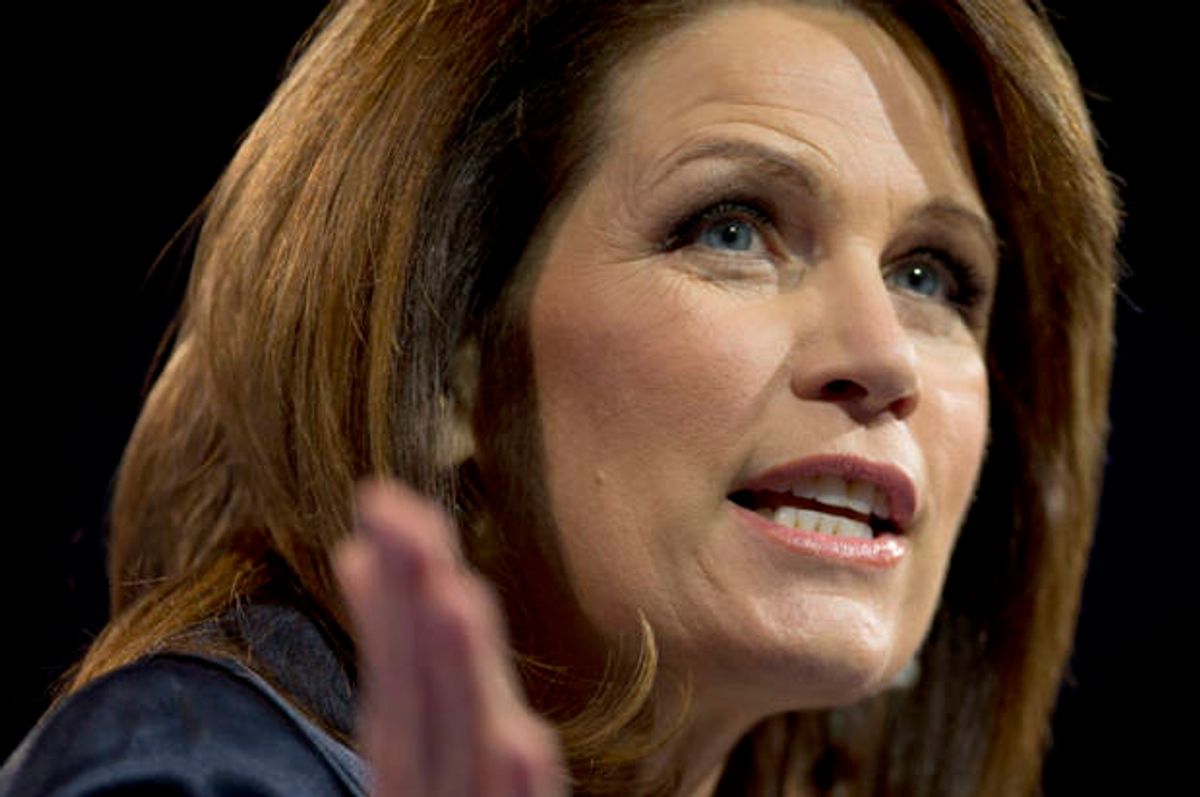 Former Minnesota representative Michele Bachmann took to Twitter Monday to convince conservatives to oppose the entry of Syrian refugees on the grounds that 70 percent of them are "gang-age males" who rape non-Muslim women and girls with abandon:

The American Thinker article by Carol Brown to which she linked opens by calmly noting that "Muslim men rape non-Muslim women (and girls) in disproportionately high numbers in countries with growing Muslim minority populations." Such rapes "of infidel women [are] part of Islamic law and Islamic traditions," Brown adds, and "[a]s such, it's been going on for centuries."

She further claimed that "a large number of Muslim rapists are under the age of 18 and, if brought to 'justice,' receive exceedingly light sentences (even lighter than the absurd non-punishment adults receive) because they are considered juveniles. And so they are released back onto the streets in a flash. To commit more rape."

Because of this, according to Brown, Europe has become complacent when it comes to Muslims raping non-Muslim women, because appearing to embrace diversity is more important than protecting citizens who happen to be female.

"We must (more than) make up for the damage they inflict," Brown wrote. "So let us get about the task of educating others to make sure this reality does not take hold in America. Let us do our part to make sure that women and girls in the United States do not wind up victims of rape jihad."

Bachmann has long opposed Islam -- she once even went so far as to write a letter to the State Department in which she claimed that members of the Muslim Brotherhood had infiltrated that United States government in order to fulfill their obligation to a "civilization jihad."