Now we have the motive: All evidence suggests Planned Parenthood shooting was act of domestic terror 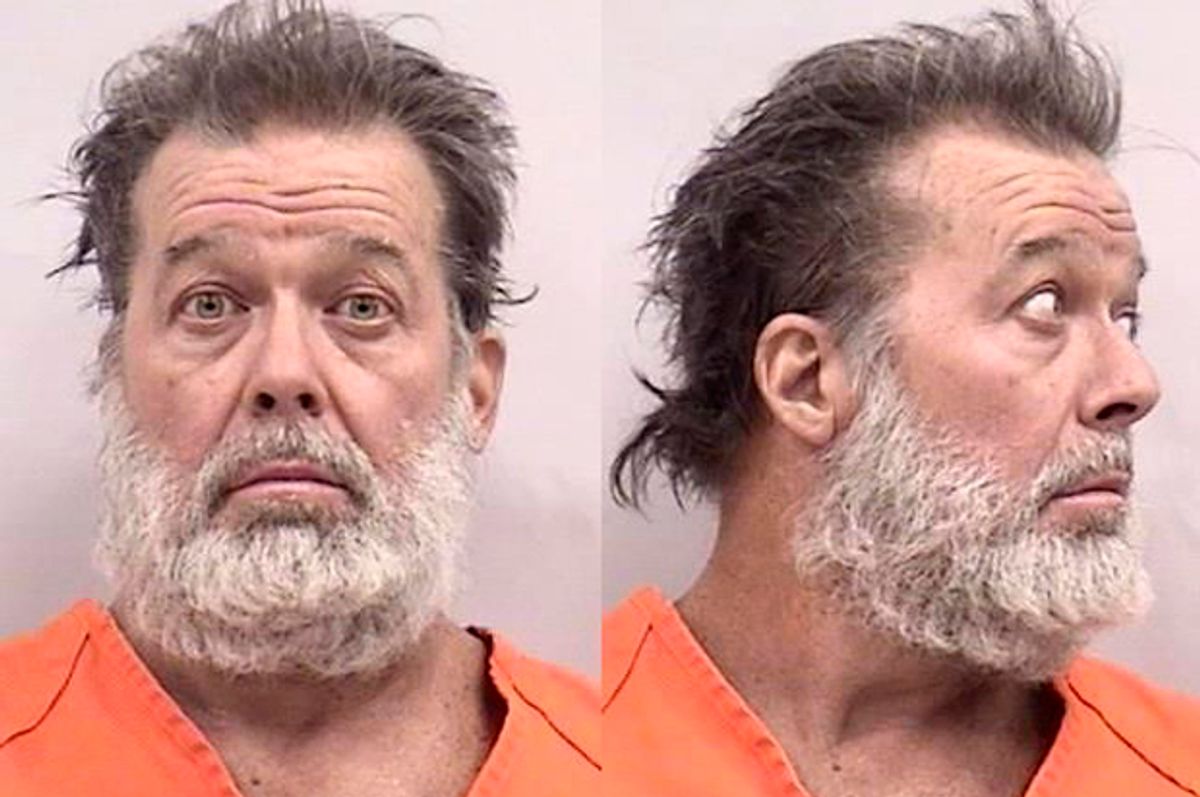 A gunman shot 12 people at the Planned Parenthood of the Rocky Mountains clinic in Colorado Springs on November 27, killing three people, including a mother of two and a police officer.

Media outlets and politicians have been very slow to characterize the alleged shooter, a white man named Robert Lewis Dear, as a terrorist. In an interview with ABC on Sunday, however, Colorado Springs Mayor John Suthers said the attack on the women's reproductive health facility was likely an act of terrorism.

When asked "Would you say, Mr. Mayor, this is an act of domestic terrorism?" Suthers replied, "It certainly appears that way."

Suthers also told CNN in an interview "You can certainly infer what [the motive] may have been in terms of where it took place and the manner in which it took place."

The shooter, who has a long criminal record, was well known to local authorities, and allegedly abused his wife.

Authorities who questioned Dear say he was "definitely politically motivated." A law enforcement official told CNN that Dear admitted he has anti-abortion and right-wing, anti-government views.

Dear's neighbor told BuzzFeed that the shooter had in the past handed out anti-Obama pamphlets. Law enforcement officials also told NBC that the shooter made comments about Obama during questioning.

In questioning by authorities, the shooter used the phrase "no more baby parts" to explain his actions. By "baby parts," Dear is very likely referencing a debunked lie about Planned Parenthood that has been spread by anti-abortion groups and politicians.

Little-known anti-abortion group the Center for Medical Progress published heavily doctored videos that claimed Planned Parenthood, a non-profit organization, sold fetal tissue for profit. This myth has continued to be spread by several candidates in the Republican presidential debates, despite the fact that it has, for months, already been debunked.

Abortion rights groups say it was precisely these kinds of of right-wing, anti-abortion myths and rhetoric that led to the Planned Parenthood shooting.

In a statement on the day of the attack, Planned Parenthood of the Rocky Mountains warned that "extremists are creating a poisonous environment that feeds domestic terrorism in this country."

Violent right-wing extremism is on the rise in the U.S. Abortion clinics and doctors are often targeted by far-right terrorists. The National Abortion Federation has documented at least 73 attacks on U.S. abortion providers since 1997.

Just a few weeks before the Colorado Springs shooting, in early October, an arsonist threw an ignited container of gasoline inside a southern California Planned Parenthood office.

The Planned Parenthood mass shooting comes at a time when conservative politicians are fearmongering about refugees from the Middle East, despite the fact that between 745,000 and 1.5 million migrants have come to the U.S. since the September 11, 2001 attacks, and not one has committed a terrorist attack. (Just two people were charged with terrorism-related crimes -- yet they were charged with providing funds for a foreign terrorist organization, not with actually participating in acts of terrorism.)

Robert Lewis Dear's alleged shooting of 12 people, and killing of three, in what was likely a politically motivated act of right-wing domestic terrorism, raises important questions about terrorism in the U.S. By far the biggest, and growing, threat facing the U.S. are not Muslims or refugees, but rather right-wing extremists -- who are roughly seven times more likely to kill you.