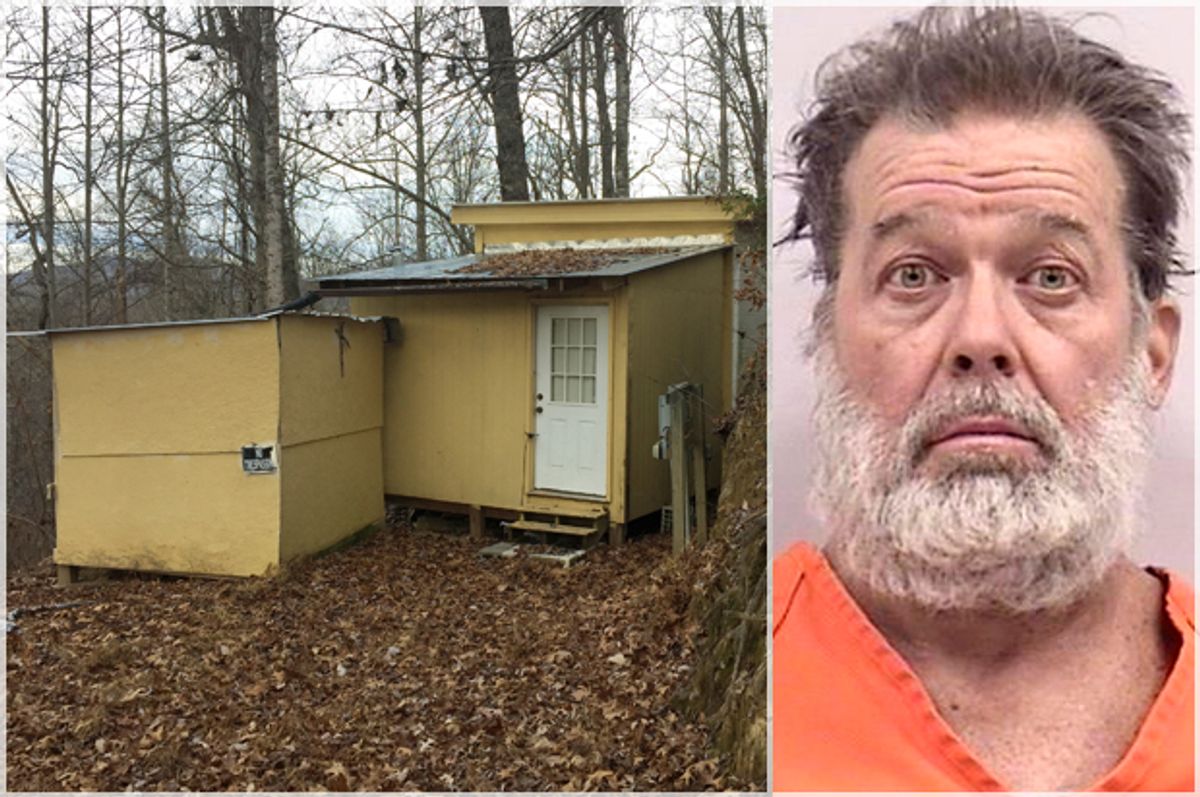 According to a profile that ran this weekend in the New York Times, Robert Lewis Dear was "gentle loner who occasionally unleashed violent acts towards neighbors and women he knew." This is the same Robert Lewis Dear who shot nine people at a Planned Parenthood in Colorado, killing three, including a police officer, and wounding six. Predictably, a torrent of sarcastic responses appeared on social media.

Hastily, the New York Times removed "gentle" and briefly let the rest of the copy stand. However, there is now a third version online. In it, Dear has become an "itinerant loner who left behind a trail of disputes and occasionally violent acts toward neighbors and women he knew." In a tweet to Salon columnist Jack Mirkinson, the New York Time's "Express Team" Senior editor Patrick LaForge observed, by way of acknowledgement that mistakes were made: "It's hard work covering these."

Yet the New York Times apparently stands by an earlier piece that offered a strangely skewed framing of the shooting in terms of victim blaming: "The shooting came at a time when Planned Parenthood has been criticized because of surreptitious videos made by anti-abortion groups of officials discussing using fetal organs for research." The use of the passive voice--"has been criticized"--is interesting, as if no-one in particular was doing the speaking.  (Robin Marty's searing essay for Dame may help pierce that obfuscating veil. Short answer: it's pro-life groups and politicians practicing what Valerie Talrico calls "stochastic terrorism.") The Times compounded that problem by linking Dear's rampage to those "surreptitious videos" made of "officials discussing using fetal organs for research." If accuracy is the New York Time's goal, the precise modifier it wants to use isn't "surreptitious." I do believe it's "fraudulent."

Given that the New York Times published an op-ed on the Right's "campaign of deception" regarding those very videos, it seems internally inconsistent to insinuate that these videos were in fact legitimate. And yet, their presentation of the incident does precisely that. Here is another institutional facet to consider: in another article focusing on the (white) Colorado community in mourning, the coverage in the New York Times turned it into a lengthy story about the white male victim, Officer Garrett Swasey. It barely managed to mention that Dear had killed two others, both people of color.

To be fair, it had elsewhere identified the victims in a stand-along post. Jennifer Markovsky, an Asian woman, and Ke’Arre M. Stewart, a Black man, were at the clinic to be supportive of others seeking services there. They were also parents, and directly connected to the military. Should it matter that they were people of color? According to Jenn Fang of the blog, Reappropriate, the answer is yes. For "what often goes missing in the fight to preserve reproductive rights for American women, " she writes, "is that this is not just about reproductive justice; it — like so many issues — intersects with race." She goes on to explain that an attack on Planned Parenthood is an attack on poor and working class families of color, which are the primary groups  utilzing their services. Race, gender, and class intersect powerfully at this site.

By effectively omitting Markovsky and Stewart from an article focused on the panegyrics of collective mourning, the New York Times uncritically propagates a cultural stance whereby it is understood that non-white and working-class lives matter...less. Without directly saying so, it is imposing a racialized hierarchy of loss on national narratives of trauma, one that reflexively humanizes a "gentle" white terrorist--Robert Lewis Dear--while erasing the non-white victims. This is not to say that Officer Swasey's death is not a tragedy. But each one of Dear's victims is a human being whose loss is deeply felt by their families. Why is that tragedy being made legible exclusively though the axis of white maleness? Why is there no equivalent attention being paid to the suffering and confusion inside Stewart's and Markovsky's military communities?

Yes, it is difficult to report the news, especially when the stakes are so politicized. But these are not typos or misspelled names. They are "errors" only in the sense that they are reflective of a conservative worldview fighting to preserve the hegemonic power of white maleness in a terrifying new world, and the organ of this vision is the New York Times.