Ben Carson insists "conservatives can be humanitarian," it's just that Syrian refugees don't want to come to U.S.

Obama and Democrats only want to shelter Syrian refugees "to make themselves feel good, like they did something" 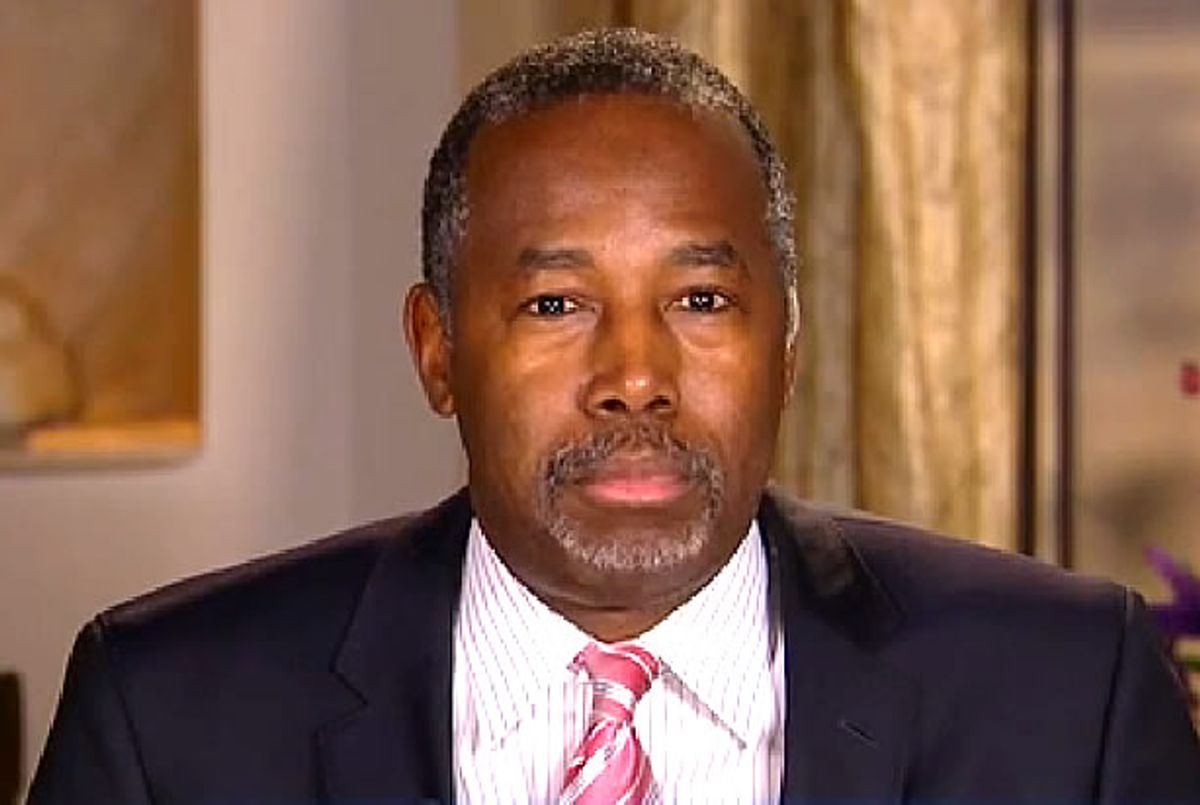 Monday night on "The Kelly File," and this morning on "Fox & Friends," GOP presidential hopeful Ben Carson reported the results of his recent trip to the Middle East to meet with Syrian refugees, and as it turns out, all the refugees he spoke to wanted to return to Syria.

Putting aside the obvious -- that most refugees want to return to their homeland once it's safe for them to do so, for the simple reason that they wouldn't have fled the lives they'd known if they hadn't been forced to by the barrel of a gun or the blade of a machete -- Carson doesn't seem to understand that relocating Syrian refugees to Jordan doesn't actually constitute "wanting to go back home."

That's the equivalent of telling someone from Louisiana who's relocated to Texas that they can go "home" to Mississippi now. Geographical contiguity is no guarantee of cultural homogeneity -- or even similarity -- which is something any New Orleans resident relocated to Houston after Hurricane Katrina can attest.

But this simple fact is lost on Carson, who told Megyn Kelly that "the Syrians themselves were pretty adamant about the fact that they want to go back to Syria," then offered a plan that would place the refugees in Jordan.

The only problem is, Jordan can't afford to take in any more refugees, "they just said they didn't have enough money to do it." He suggested offering the Jordanian government another $3 billion in aid to supplement the $4 billion the United States already provides, but he noted that "it doesn't have to come from the government -- the people can do it."

On "Fox & Friends" Tuesday morning, he repeated his assertions from the night previous, but added that "what's actually going on and what people actually feel is so different from the actuality." He referred to the region as "a cauldron about to erupt," and said that "we have a responsibility as the pinnacle nation in the world, that when you see something that is about to create havoc, to do something about, not just to sit there and leave the responsibility to somebody else."

Carson later claimed that the decision to allow 20,000 Syrian refugees into the United States is "just to make people feel good, like they did something," whereas "we need to do something that works. I want to be humanitarian. Conservatives can be humanitarian but they can be logical too."

Watch the entire interview on "The Kelly File" below via Fox News.

Watch his appearance on "Fox & Friends" below via Fox News.