Watters represents the worst of humanity, which is why Fox News just gave him his own show, no doubt 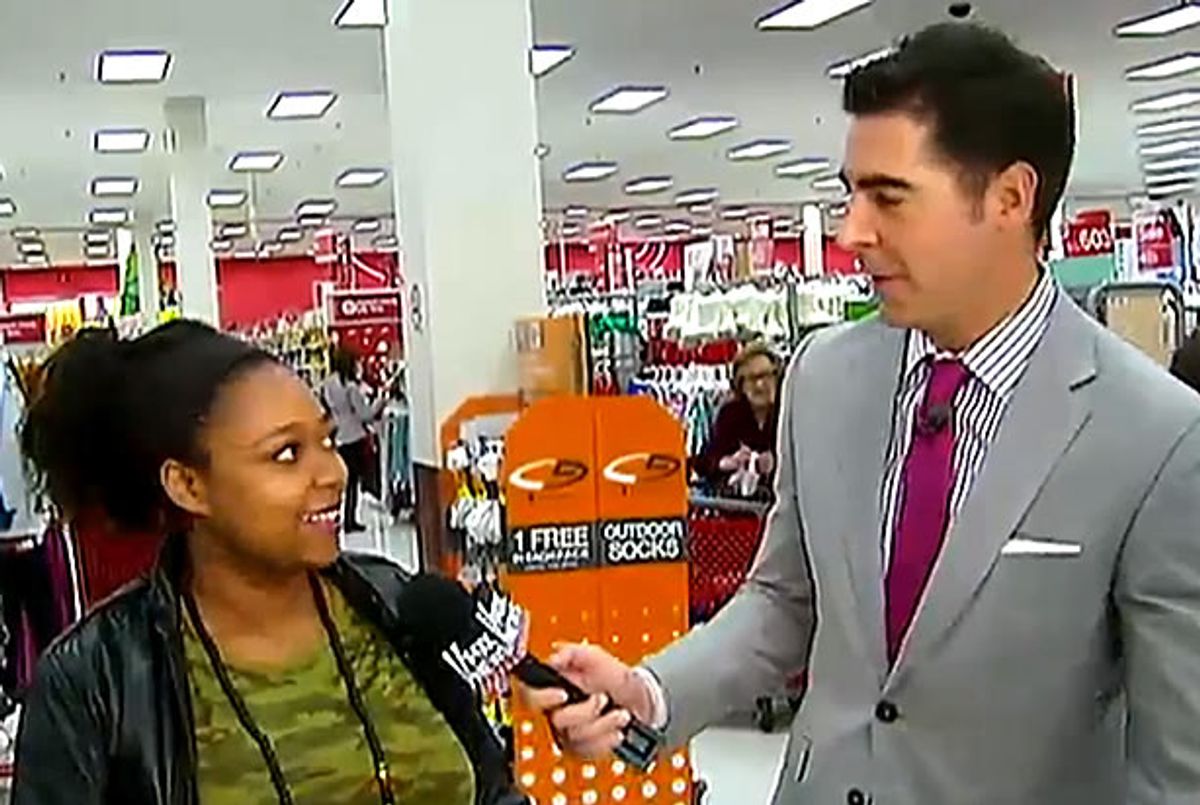 It goes without saying that Jesse Watters represents the worst of humanity, but much like mold scraped from the underside of the proverbial barrel's bottom, he's well-nigh inevitable, so it's worth noting that his trip to a local Target store on Black Friday was replete with everything you've come to expect from him: white privilege, misogyny, sexism, immigrant jokes, and the repeated demonstration of his steadfast belief that black people are somehow insufficiently American.

The "Watters' World" segment opens with him asking white shoppers if they're purchasing presents for Kwanzaa. The white patrons laugh it off, because it's absurd that a white person would celebrate a holiday with African origins, much less one that isn't a "real" holiday. Watters eventually pulls the same line on a black woman, and when she stares him down for asking the question, she does so to the sound of a record scratching to a halt -- so it's not like Watters doesn't know that he's made black Americans the butt of his "joke."

Later in the segment, he asks a woman if she'd "like to ride on his sleigh for a little while" -- because Watters never passes up an opportunity to hit on a woman, as there's always the possibility that she'll say "yes," and if she doesn't, he was only joking anyway, so no harm, no foul.

Watters also asked a woman whether she had family coming in from the holidays, and when she said "I actually have family coming in from Argentina" and pointed at the woman pushing the shopping cart, he recommended that she "not overstay [her] visa." Because, of course, when the opportunity to cast Hispanics as potential undocumented immigrants arises, it'd be irresponsible of him not to address it.