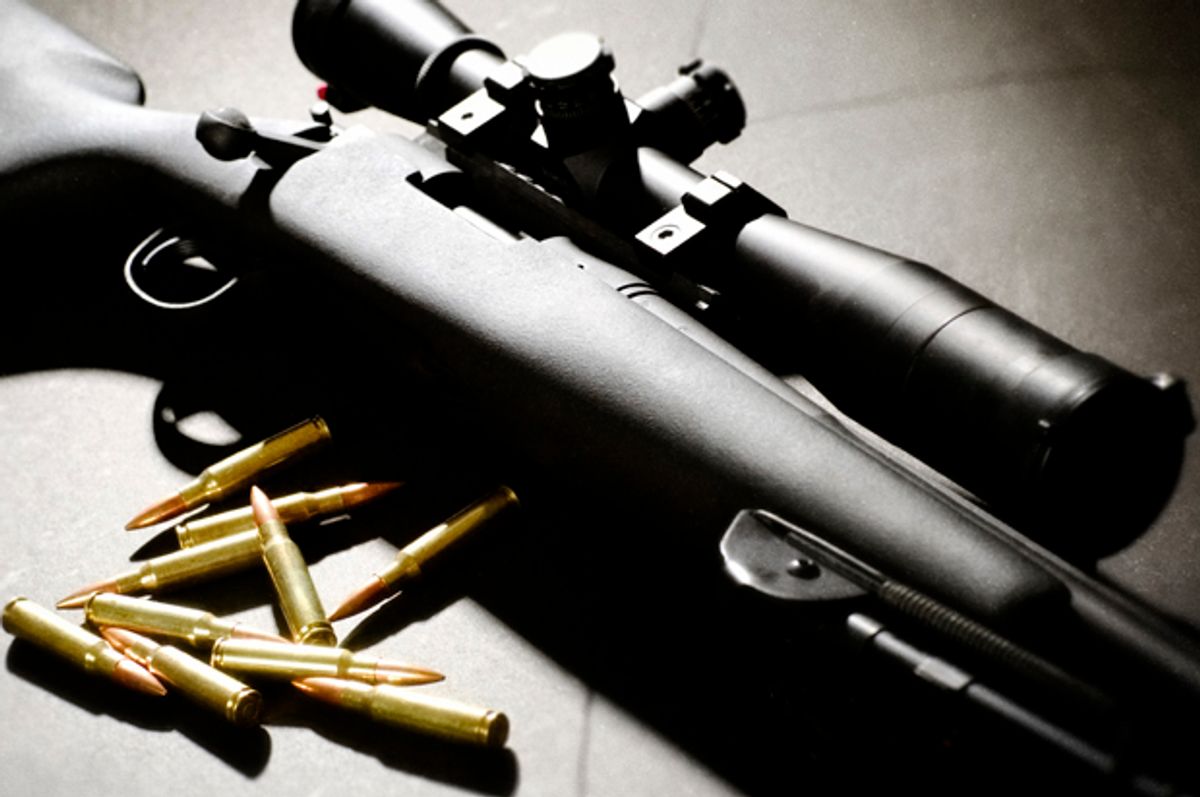 A 38-year-old Moroccan-American taxi driver spent his Thanksgiving in the hospital. An Islamophobic customer who had been ranting about ISIS shot him in the back with a rifle.

When the driver picked up a client near a casino on early Thanksgiving morning, it seemed just like any other ride. When he started driving, however, the customer began asking about his background.

"He started the conversation and began to ask questions like, 'You seem to be like a Pakistani guy. Are you from Pakistan?'" the driver, from his hospital bed, told reporters from the local newspaper the Pittsburgh Post-Gazette. "And I said, 'No, I'm from Morocco. But I'm an American guy.'"

The customer then began to talk about ISIS and its crimes. The driver made it clear that he opposes ISIS, recounting, "I told him 'Actually, I'm against ISIS. I don’t like them.' I even told him that they are killing innocent people."

Then, the driver recalled, "I noticed that he changed his tone and he began to satirize Muhammad, my prophet, and began to shift to his personal life. He mentioned that he has two kids and was in prison for some time."

When they arrived to the client's destination, the man asked the driver to wait so he could go into the house to grab his wallet. A few minutes later, the Islamophobic man came out with a rifle, and moved toward the taxi.

"I noticed him coming toward me," the driver told the Post-Gazette. "I didn't hesitate. I [made] a fast decision to leave and drove my taxi away because I felt he was going to do something. There is danger. He would shoot me or something. I felt like he had the intention to kill me."

As the driver sped away, the Islamophobic man shot toward his car. One of the bullets went through the back window, shattering the glass and hitting the driver in the back.

When Post-Gazette reporters spoke to the Moroccan-American man at the hospital, the bullet was still lodged between his shoulder blades.

The driver spoke on the condition of anonymity, as he fears for his safety.

Local police and the FBI are investigating the shooting. There have been no arrests. The driver's taxi is equipped with a video recorder, and there is allegedly video that could confirm the identity of the shooter.

Greg Heeb, a spokesperson for the Pittsburgh branch of the FBI, told the Post-Gazette, "All I can really say is that we evaluate all crimes that appear to be racially motivated."

The Southern Poverty Law Center (SPLC), the leading monitor of hate groups and crimes in the U.S., included the story in its Hatewatch blog.

The executive director of the Islamic Center of Pittsburgh, Wasi Mohamed, said in a statement to the Post-Gazette, "Very simply, this is a hate crime and it must be treated as such." Mohamed noted there has been an increase in anti-Muslim attacks and threats in Pittsburgh. The Islamic center has received threatening phone calls.

Ibrahim Hooper, a spokesperson for the Council on American-Islamic Relations (CAIR), the most prominent Muslim-American civil rights organization, told The Washington Post, "When you speak with local imams and Muslim community leaders, they tell you about other incidents that they haven't mentioned to anyone else — Muslim women being spit on, harassment in schools and random acts of violence." Hooper added, "We believe the spike after the attacks on Paris is even higher than people realize."

A Muslim woman who was in the hospital room with the driver and also asked to remain anonymous, for fear of further attacks, told the Post-Gazette, "Since the Paris attack, we've been suffering. Personally, we experience a lot of humiliation, a lot of people giving you the finger on the streets and calling you names. But when it comes to the point of shooting, this is extreme. This has to stop."

Since the November 13 attacks on Paris, in which ISIS claimed responsibility for killing 130 people, there has been a wave of anti-Muslim attacks and threats. The National Observatory Against Islamophobia documented at least 24 anti-Muslim acts in France from November 13-19. A multitude of anti-Muslim hate crimes have been reported in the U.S. as well.

The Pittsburgh taxi driver has lived in the U.S. for five years, and says he is three months away from receiving citizenship. He told the Post-Gazette he wants justice, but is willing to forgive the shooter. "In our religion, Islam, we forgive, even in such conditions." He added, "I learned this from our prophet Muhammad. We don't take revenge. I could forgive this, but I still want my rights."