Trump wins because he lies: Truthiness, Fox News, and why the right likes a fact-free zone 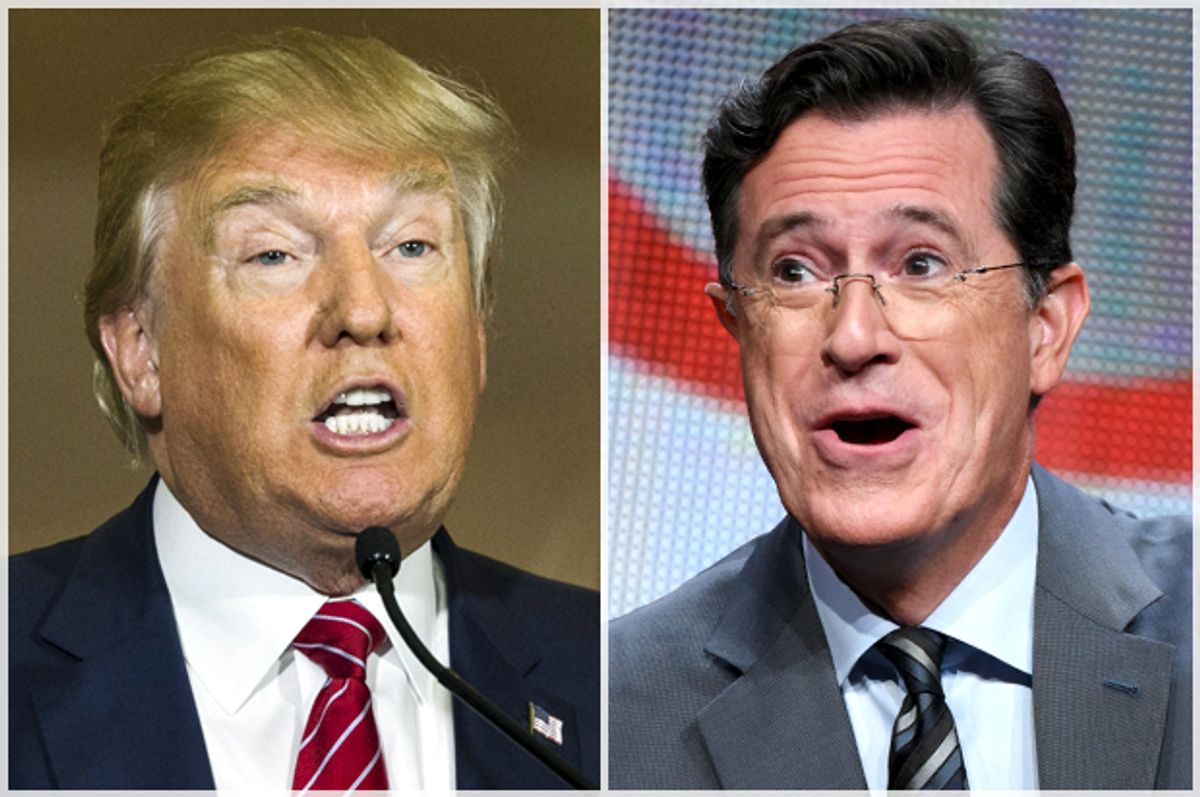 Conservatives decided years ago, as a matter of strategy, to attack the mainstream media as hopelessly liberal. There’s a kernel of truth to this, in that there are likely more liberals than conservatives working in media. But the coverage, if it’s biased at all, isn’t biased in favor of liberals. If anything, the media favors the sensational and the attention-grabbing – this is what drives ratings and clicks.

The media, after all, is a commercial enterprise, and so its biases are financial, not political.

But the persecution mania among conservatives has served the Republican Party well. It has insulated them from credible criticisms. When a conservative candidate distorts the truth or misrepresents his record, media members will point this out, but the conservative base is primed to ignore it. The messenger is already tainted and therefore untrustworthy.

The simple act of fact-checking is now controversial and mostly pointless.

Conservatives live in their own media bubble, free of “liberal bias” and free also of troublesome facts. This is great news for candidates like Donald Trump and Ben Carson, who remain totally unconstrained by the facts.

Trump’s capacity to lie is the very lifeblood of his campaign. He exaggerates and fabricates and conservatives love him all the same. His latest claim about “thousands of thousands” of Muslim Americans rejoicing in the streets after 9/11 is patently false, but he simply doubles down on the original lie and he gets away with it.

As a NBC News report notes, “Trump is by far the campaign’s worst offender when it comes to exaggerations and falsehoods. According to fact-checking project Politifact, Trump has so far clocked in with 41 percent of his statements rated as ‘false’ and 21 percent as the most egregious level, ‘Pants on Fire.’”

Ben Carson’s offenses against the truth have been well-documented, but that hasn’t hindered his campaign – not yet, at least. Politifact has rated 46 percent of Carson’s assertions false and 13 percent as “Pants on Fire,” but he’s still comfortably at the top of polls.

A new Pew Research Center study helps explain why Trump and Carson and even Fiorina have surged in the polls despite lying mercilessly. The simple answer is that most Americans don’t trust the media, and this is particularly true among conservatives. 65 percent of Americans say the media has a “negative effect” on the country (In 2010, the number was 57 percent).

Republicans, predictably, are far more skeptical of the media than Democrats. 82 percent of conservatives say the news media is unreliable and bad for the country. A recent Gallup poll confirms the Pew findings. According to the Gallup data, “only 32 percent of Republicans said they have confidence in the news media – compared to 55 percent of Democrats.”

The net result of all this is that the truth really doesn’t matter. For conservatives, the media is the enemy, and nothing they report is reliable, especially if it contradicts popular narratives. This means Republican candidates pay virtually no price for stretching the truth or lying outright.

All politicians manipulate the facts, but there’s clearly a difference between the parties. Hillary Clinton, for example, the frontrunner in the Democratic race, has told a few whoppers, but nothing on the scale of Trump or Carson or Fiorina. Politifact rates only 11 percent of Clinton’s claims as false and 1 percent as “Pants on Fire.” The numbers for Bernie Sanders are virtually the same.

Bottom line: Truthiness is primarily a Republican phenomenon. Because conservative voters don’t trust the fact-checkers in the media (outside of Fox News and right-wing talk radio), Republican candidates can play fast and loose with the facts without fear of being reprimanded. They have a license to lie, in other words.

And they clearly know it.

Partisanship aside, this is terrible for the country. The media plays an indispensable role in a free society. The political press has failed in a thousand different ways, but the facts are the facts, and they ought to speak for themselves. In this fragmented environment, however, every constituency has its own narrative and its own truth, and it’s nearly impossible to cut through it all.

If these surveys are any indication, this is the new political reality, and it will only get worse.