The religious right is neither: The real history of how decades of radical, violent rhetoric led to the Planned Parenthood shooting 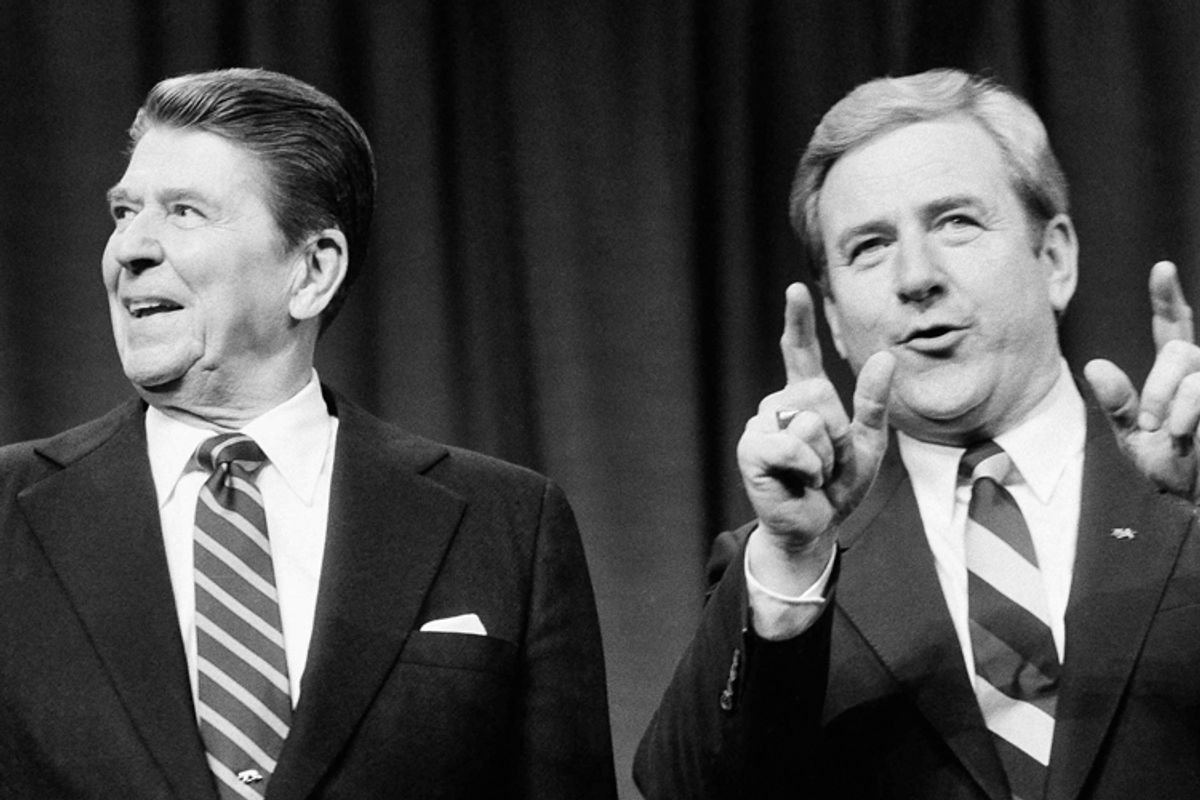 “The pro-life movement is praying for the safety of all involved,” said the Rev. Pat Mahoney of the Christian Defense Coalition as the violence at the Planned Parenthood Clinic in Colorado Springs unfolded on Friday. “And as a movement we have always unequivocally condemned all forms of violence at abortion clinics.”

Mahoney is not quite accurate when he claims the pro-life movement, which is fueled primarily by religious activists, has always condemned violence, since some extremists who still work for anti-choice groups have not only condoned violence but practiced it. But even leaving aside such unpleasant details, another unsettling truth lingers for religious conservatives opposing abortion rights: the chain of causation between the Christian right and antiabortion violence, even if unintended, is undeniable.

As we’ll see, the historical record demonstrates that violence directed at abortion providers correlates strongly not to the legalization of abortion, but to the later rise of religious antiabortion activism. This fact, when considered together with the harsh rhetoric and tactics of the religious right’s abortion-related activism, leaves little doubt about the causal relationship.

The Supreme Court’s Roe v. Wade ruling, which legalized abortion across the country, understandably gets much attention in abortion discussions, but by the time Roe was decided in 1973 abortion was already legal in 17 states. Ironically, it was Ronald Reagan, as governor of California, who signed a law loosening abortion restrictions in that state in 1967, and many other states joined the trend around the same time.

There were very few reports of even minor incidents of violence as abortion laws were liberalized in the '60s and early '70s, because abortion was not a major controversy. It wasn’t until the mobilization of the Christian right in the late '70s that violence started becoming a fact of life for doctors and clinics, as abortion suddenly became a highly charged moral, political and religious issue.

The timeline shows that the rise of antiabortion violence correlates almost exactly with the rise of the modern religious right. The formation of the so-called Moral Majority in the late '70s is often cited as the launching point of the modern religious right, and it’s noteworthy that the group’s leader, Jerry Falwell, used passionate rhetoric and dark imagery in discussing abortion, casting it as horrific, a form of mass murder, a product of true evil. Falwell portrayed abortion, and by implication anyone connected with it, as grotesque and inhumane, using detailed descriptions of mutilated body parts in his pitch to followers.

Americans have grown accustomed to sensationalism from abortion opponents, but such alarmist language was generally absent from earlier public discussions of the topic. After signing the above-mentioned California abortion bill, for example, Reagan said abortion was “a subject I’d never given much thought to.” Nor did many other politicians, on the left or right. The word “abortion” does not appear in any GOP national platform until 1976, and even then only to say that the party was divided on the issue. By 1980 the influence of the newly formed Moral Majority was apparent, with the GOP platform taking a stance supporting a constitutional amendment banning abortion.

The rhetoric of “killing unborn children” and “murder” was soon emanating from conservative religious leaders and their political emissaries, with the highly charged issue becoming a regular topic for figures such as Pat Robertson, Ralph Reed, James Dobson and countless others. Preachers and politicians alike found that emotional appeals on abortion resonated with large swaths of the public, providing a reliable issue for mobilizing support. Thus the rhetoric would only escalate. “If you believe abortion is murder, act like it’s murder,” urged Operation Rescue founder Randall Terry, another religious conservative who has made a career of antiabortion activism.

The Moral Majority and other conservative religious groups would keep up the antiabortion rhetoric throughout the 1980s, and the violence directed at abortion providers would escalate. By the 1990s, as the number and size of Christian right groups increased rapidly, the antiabortion movement became more lethal. Florida doctor David Gunn, whose image had been placed on a “Wanted” poster by Operation Rescue, was fatally shot in 1993, and another Florida doctor, James Britton, and his bodyguard were killed the next year. More murders soon followed and, as we saw last week in Colorado, have continued.

The Colorado murderer reportedly said, “No more body parts,” upon his arrest, a reference that indicates he was influenced by tapes made via hidden cameras by antiabortion activists who were attempting to smear Planned Parenthood with deceptive allegations of unlawful trafficking of body parts. Such “sting” operations and other aggressive tactics have repeatedly been used by religiously motivated activists trying to take down Planned Parenthood.

Very few of these activists, of course, are likely to act out violently, but their intense, apocalyptic words and actions are absorbed by millions, and inevitably a few unstable individuals will take those words and actions to their logical, yet insane, conclusion: If you believe abortion is murder, act like it’s murder. One Colorado man obviously got the message.

If religious conservatives actually believe they are morally right to proceed with sensational rhetoric, they should at least take responsibility for the fallout. They cannot call abortion murder and then plead innocence when their unstable followers hunt down the providers. If there were rational discussion of abortion, without enflamed emotion, demonization and drama, such violence would not be occurring. Instead, however, the Christian right has chosen the rhetoric of righteousness, condemning opponents and encouraging followers to treat the issue as one of life or death. As such, when death occurs, religious conservatives own it.