TV is killing the movies: Can Hollywood step up its game to compete with the small screen?

If you're not an action hero, 2015 has seen plenty of box office bombs — and not just stinkers like "Aloha" 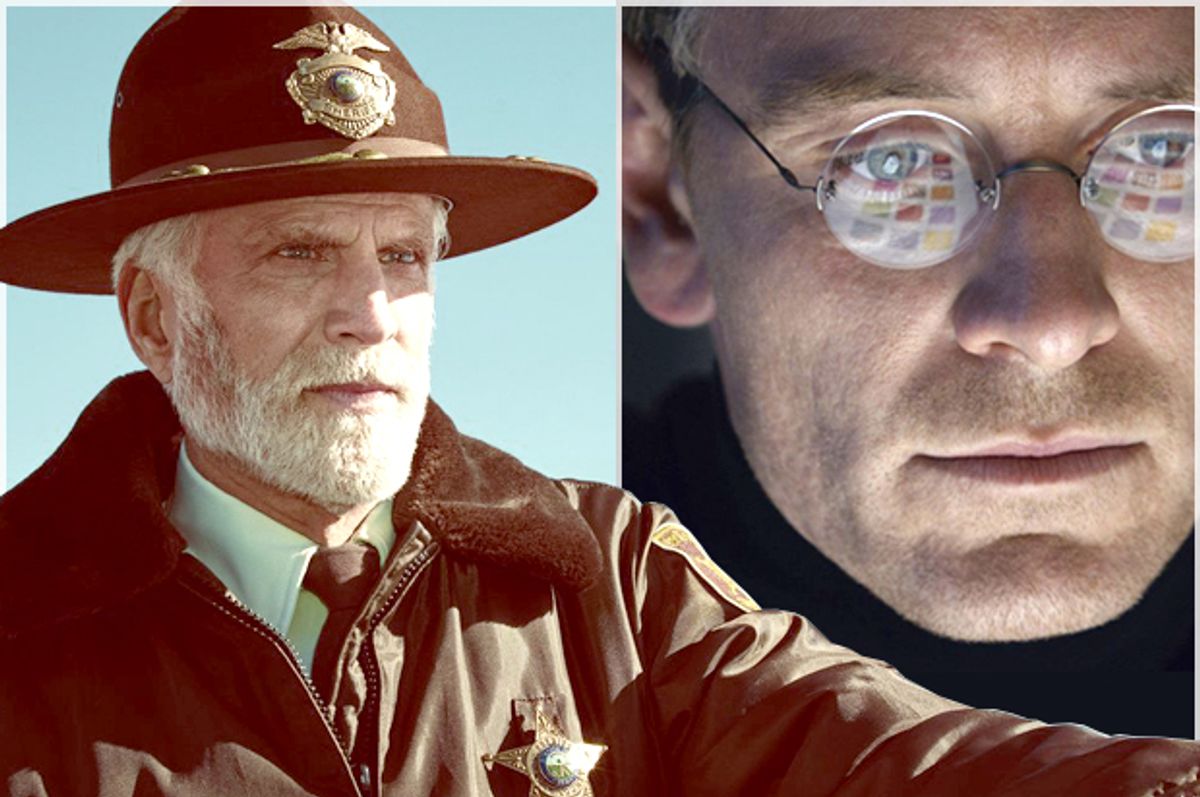 Have you seen “Our Brand Is Crisis,” starring Sandra Bullock and Billy Bob Thornton? What about “Steve Jobs,” which tells the story of one of the most revered figures of recent years? How about “Rock the Kasbah,” starring uber-cool Bill Murray? Or “Pan,” with box office draw Hugh Jackman? “The Walk,” directed by Robert Zemeckis, who has made enormous riches over the years in movies like “Back to the Future,” “Who Framed Roger Rabbit” and “Forrest Gump?”

These movies are part of a long list of 2015 films that tanked at the box office, and the list could stretch as the year goes on.

The trouble started months ago, with the summer slate of what should have been blockbusters. But as we get into Oscar season – when the prestige films, aimed at grown-ups and academy voters, are dragged out for end-of-year display – it’s becoming clear that something has gone seriously wrong, especially with the ability of a certain kind of movie to draw a big audience. Smart, quality movies, the kind driven by characters and not special effects and gross-out comedy, are having a hard time. (OK, “Hot Tub Time Machine 2” bombed as well.)

Billions of dollars are at stake trying to figure out what’s happened and how Hollywood can line up its output with what people will come out to see.

Every year, of course, some films exceed expectations and some fall below them. And films can earn back their expenses beyond the box office. This year, the list of disappointments stretches longer than usual -- even with a reasonably healthy economy -- and on-demand revenues are not going to save them.

There are so many bombs, you can line them up in whatever category you like. Variety editorial director Peter Bart, in an insightful column, looks at the issue of smart, “specialty films,” using the film “Burnt,” with Bradley Cooper and Siena Miller, in his lead.

The theories he floats all make some sense, including the Oscar season theory: “Distributors are blowing it by mandating that every ‘smart’ movie has to come out in a tight corridor in the fall; there’s too much to see in too short a time,” he writes. “It’s autumn, and prospective filmgoers are also involved in football, school activities and Donald Trump.”

The most important of the ideas – especially if we’re talking about prestigious, character-driven films -- is that television has just gotten so good that it’s keeping people at home. Here’s Bart:

The current crop of movies seems somehow diminished by the media fixation on the present ‘golden age of television.’ The water cooler conversation — online version — focuses on binge-watched digital shows, or even an evanescent YouTube act. During the summer, the kids put that all aside, and respond faithfully to their must-see Marvel Comics movie opening. But come fall, their parents aren’t as ready to leave the house.

Over the last few months we’ve heard about “peak TV” – that television had reached a limit and the audience would not keep expanding, leading some programs to wither. That may still be happening, but the main casualty is probably the movies.

The TV-will-defeat-film argument is, admittedly, a throwback to the ‘50s and early ‘60s. “That moment witnessed the ultimate cord-cutting: Hollywood’s once-loyal ‘habit’ audience suddenly stopped going to the movies,” Bart writes. “More than half the audience simply vaporized — due to an earlier golden age of TV.”

But TV in the ‘50s was not nearly as sophisticated as it is today: It’s hard to think of many movies that are legitimately as good as the best of what’s on television— as epic and compelling "Game of Thrones," or as as meticulously and beautifully rendered as FX's "Fargo" (OK, another Coen brothers film could stand up to it).

One thing that’s different today than in earlier decades is the enormous anxiety around public spaces, including cinemas, because of theater shootings. Some people will always want to see a movie the weekend it opens, or in the cinema. But for a lot of the audience, the safety of home, or the plane, or whatever, could be discouraging moviegoing.

There’s at least one other reason likely for the slow crushing of movies by television. We’ve been hearing about problems of diversity in Hollywood for more than a decade now. Spike Lee’s feature debut, “She’s Gotta Have It,” came out in 1986, Robert Townsend’s “Hollywood Shuffle” in 1987; both sparked a debate about race. The discussion of underrepresentation of women in film has been more recent but it’s become full-throated now. Television is hardly a diversity wonderland yet, but the debate has been accompanied by real progress. How many cinematic parallels do we get to acclaimed and award-winning shows like "Jane the Virgin," "Empire,"  "Transparent" or “Orange Is the New Black”?

The movies may grow from the crisis – as they did after the impasse of the mid-‘60s, which led to the justly celebrated maverick cinema of the ‘70s. But it may be that things have to get worse – more box office bombs, more Hollywood hand-wringing -- before they get better.