Not surprisingly, the group Tim Foley represents was labeled "native extremists" by the SPLC 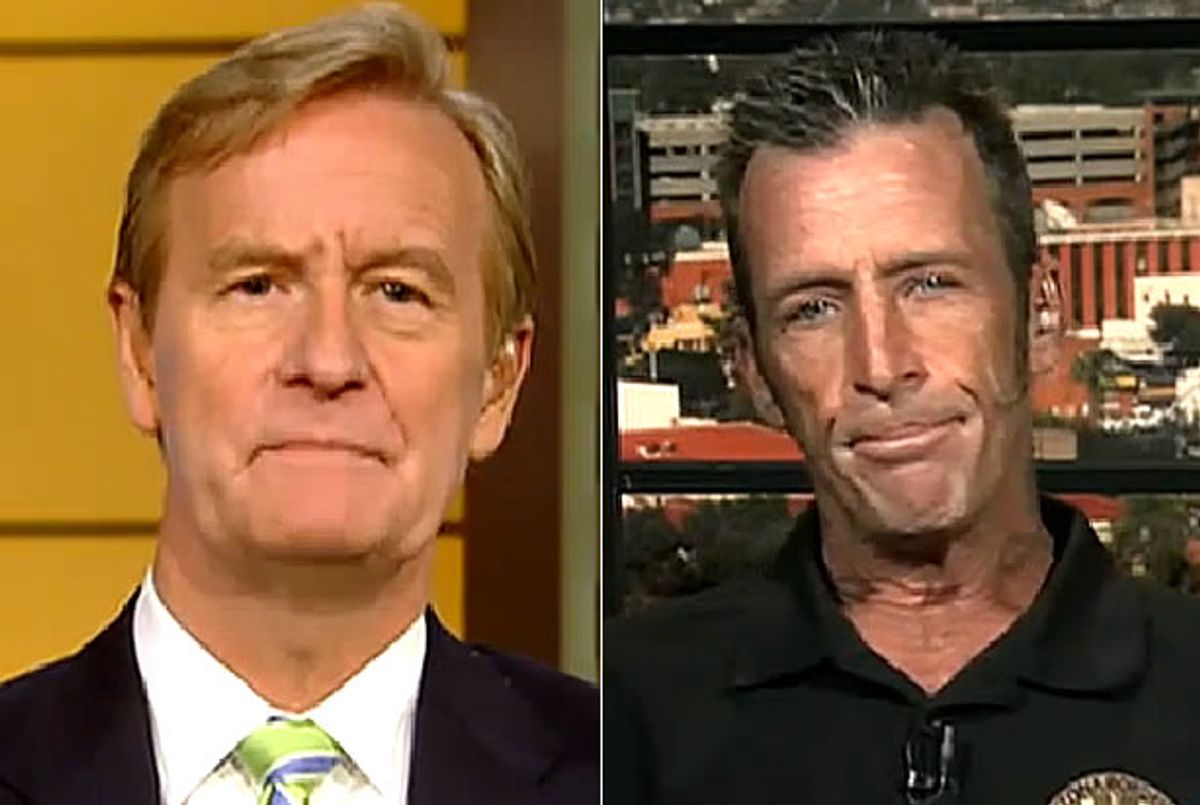 On "Fox & Friends" Wednesday morning, co-host Steve Doocy spoke to Tim Foley, the Field Operations Director for the Arizona Border Recon, an organization of over 200 military veterans who believe that terrorists are infiltrating the United States via the border it shares with Mexico.

"Everybody and their brother is coming through that border," Foley said, specifying that by "everybody" he meant people from Afghanistan, Pakistan, the Sudan, and Somalia. It's no small task, Foley argued, saying that his organization "tries to keep an eye on about 600 square miles of the Arizona border."

After playing a clip of Jamal Shaw Sr. -- whose son was murdered by an undocumented immigrant -- saying that "it's not fair that my son is dead just so illegal aliens can have American status," Foley opined that "that's what the mainstream media tells you, that everybody coming across just wants a better life, but if you look at the stats in Arizona, we're having law enforcement officers killed by illegal aliens."

"The federal government is actually giving them -- the illegals that are coming across -- more rights than American citizens," he continued. "And that's wrong. We need to make sure our citizens are protected before we allow all the protections for the illegals."

Doocy mentioned that his organization has been designated a "nativist extremist" group by the Southern Poverty Law Center, and Foley said that "if getting off your couch and helping to protect America is extreme, then you can call us extremists. The SPLC is the greatest hate-group out there, so I take their words with a grain of salt."

"We're not against immigration, we just want it done the right way, because your friends wouldn't climb through the back window to come visit you," he added. "If you come through the front door that's fine, but we don't know who's who." Whether that metaphor extends to the children of undocumented immigrants -- who would, by the logic of Foley's metaphor, have been born and raised in your house -- is an issue Doocy didn't deign to raise.