"Whether or not it was a thousand, thousand, a few hundred, a handful — who cares, there were Muslims" 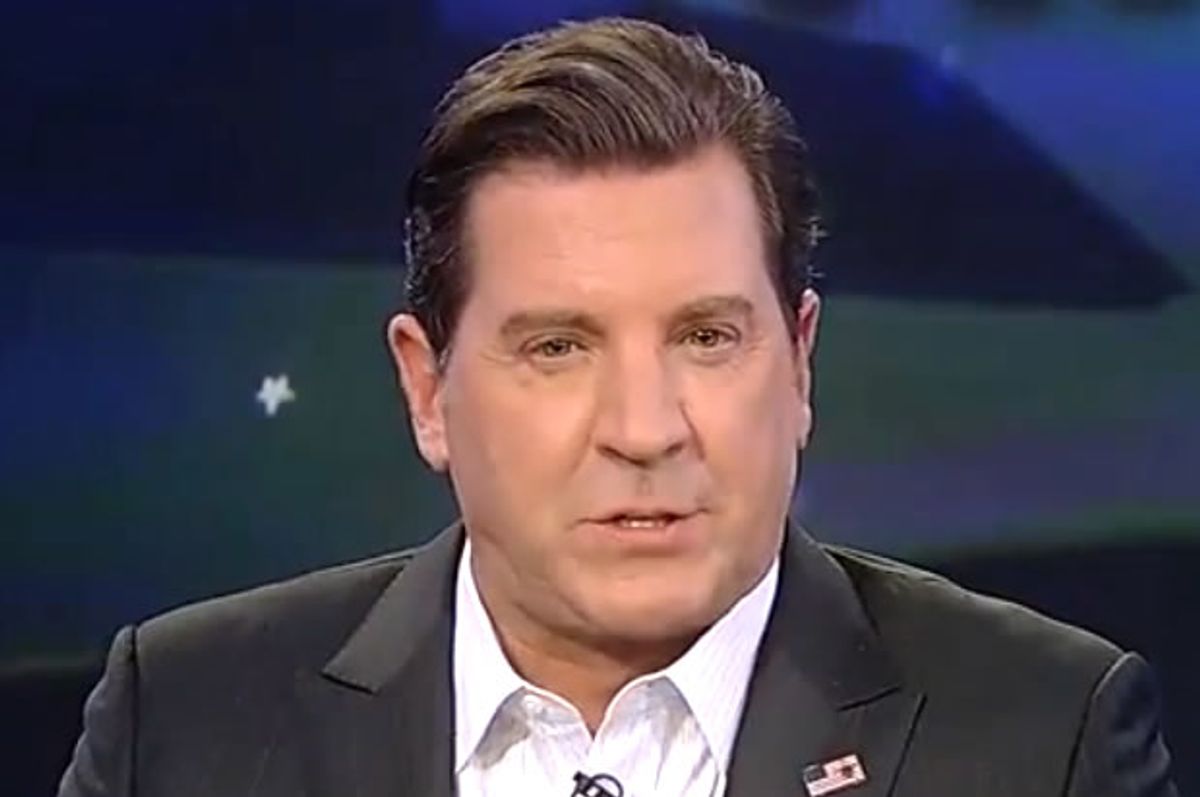 On Tuesday's episode of "The Five," co-host Eric Bolling claimed that not only are Donald Trump's unverified/unverifiable statements about American Muslims celebrating 9/11 true, but that these Muslims were, in fact, given advance notice of the attacks so they could climb to their rooftops and witness the planes hit the buildings.

"I remember specifically the news reports about Jersey City,” Bolling began. “They said people were on the roofs watching the planes fly in. They were tipped off prior to the thing, and this was a narrative that was going on. I remember video. I don’t remember if it was Pakistan or Paterson."

"There were claims that ["the blind sheikh" Omar Abdel-Rahman's] group, his whole mosque was cheering the planes actually, finally, doing what he tried to do in 1993," he added. "Whether or not it was a thousand, thousand, a few hundred, a handful -- who cares, there were Muslims."

"I care!" co-host Greg Gutfeld shot back. "What if Bernie Sanders said there were thousands of pro-lifers cheering the Colorado shooting? Everybody at Fox would go ‘Show me the proof.'"

But Bolling remained steadfast in his belief of truths he can't substantiate, saying "it doesn’t really matter to me, because I know there were Muslims and Muslim groups who were happy that the World Trade Center came down and they were in the United States when that happened."

Needless to say, Bolling wasn't happy about being challenged:

What seemed to infuriate him the most is how young Kaczynski was on 9/11: