"If the court upholds this law, they will gut Roe versus Wade," Davis tells MSNBC about Texas TRAP law case 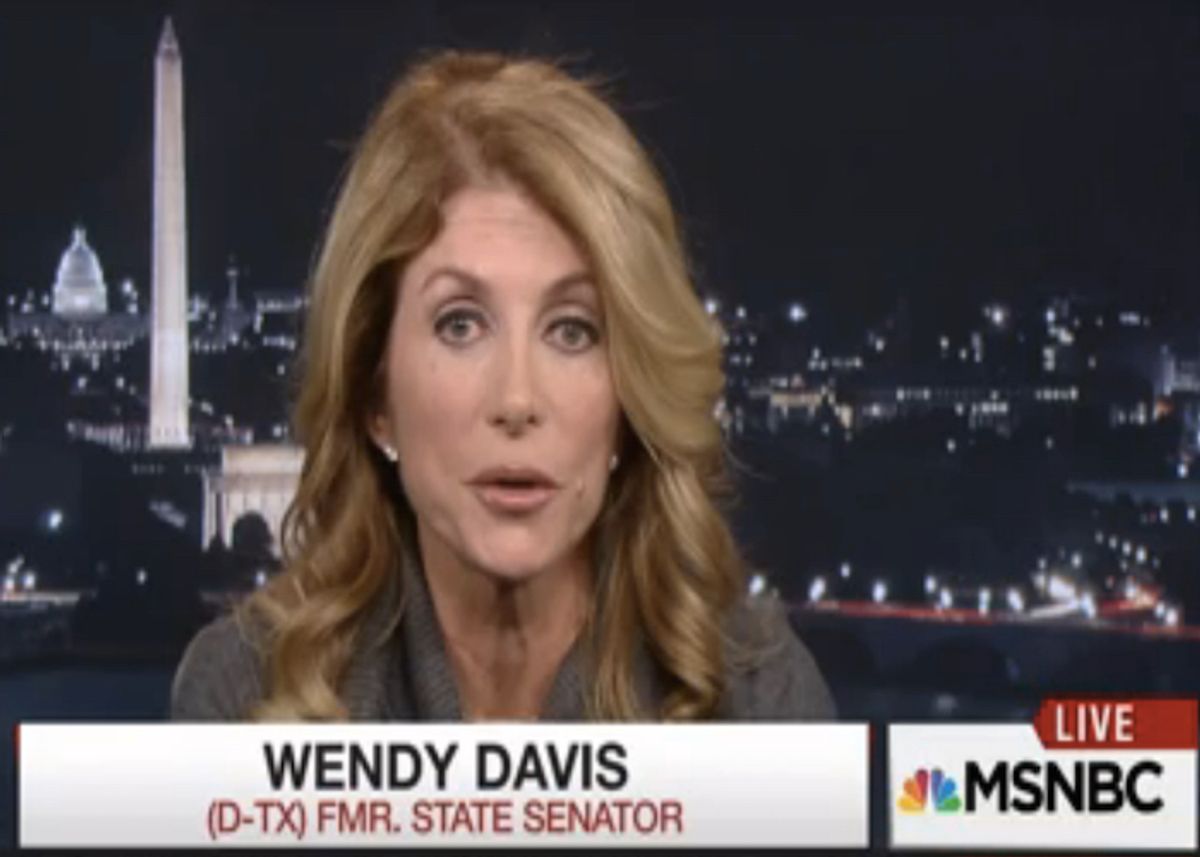 On his show "All In" Tuesday evening, MSNBC host Chris Hayes explained the growing number of anti-abortion legislation passed in recent years to set the context for last week's deadly attack on a Planned Parenthood clinic in Colorado and spoke with former Texas State Senator Wendy Davis about the the first major abortion case to reach the Supreme Court in nearly a decade.

20 week abortion bans and other so-called TRAP laws that target abortion providers have become a popular weapon of choice for anti-choice activists and lawmakers seeking to undermine a woman's right to access abortion. As Hayes noted, in just the last four years, states have enacted over 230 abortion restrictions.

Davis, who famously filibustered a Texas anti-abortion bill in 2013 for 11 hours, explained that despite her valiant efforts, since the bill passed, many clinics in Texas have been unable to meet its requirements and have been forced to close.

"If the court upholds this law, they will gut Roe versus Wade. There's no question about it," she told Hayes Tuesday evening. The Supreme Court agreed to hear a challenge to the Texas law known as HB2, the first major abortion case to reach the high court in eight years and likely leaving the decision to be made months before next year's general presidential election.

"There is an absolute undue burden that's been placed on women in Texas as a consequence of this law," Davis explained. Prior to the enactment of the HB2 there were more than 40 facilities providing abortions in Texas but that number has since gone down to 18.

"This is about so much more than taking away a woman's right to abortion," Davis suggested. This is "getting to the issue of controlling women because when women's reproductive autonomy is controlled, their economic opportunity is controlled. There's no question about it."

Watch Davis on "All In," via MSNBC: