"You people are just lying. How stupid do you think we are?" Larry Wilmore delivers the epic Trump takedown the political press hasn't managed

Larry Wilmore has his Howard Beale moment, unloading on a mounting pile of Donald Trump nonsense 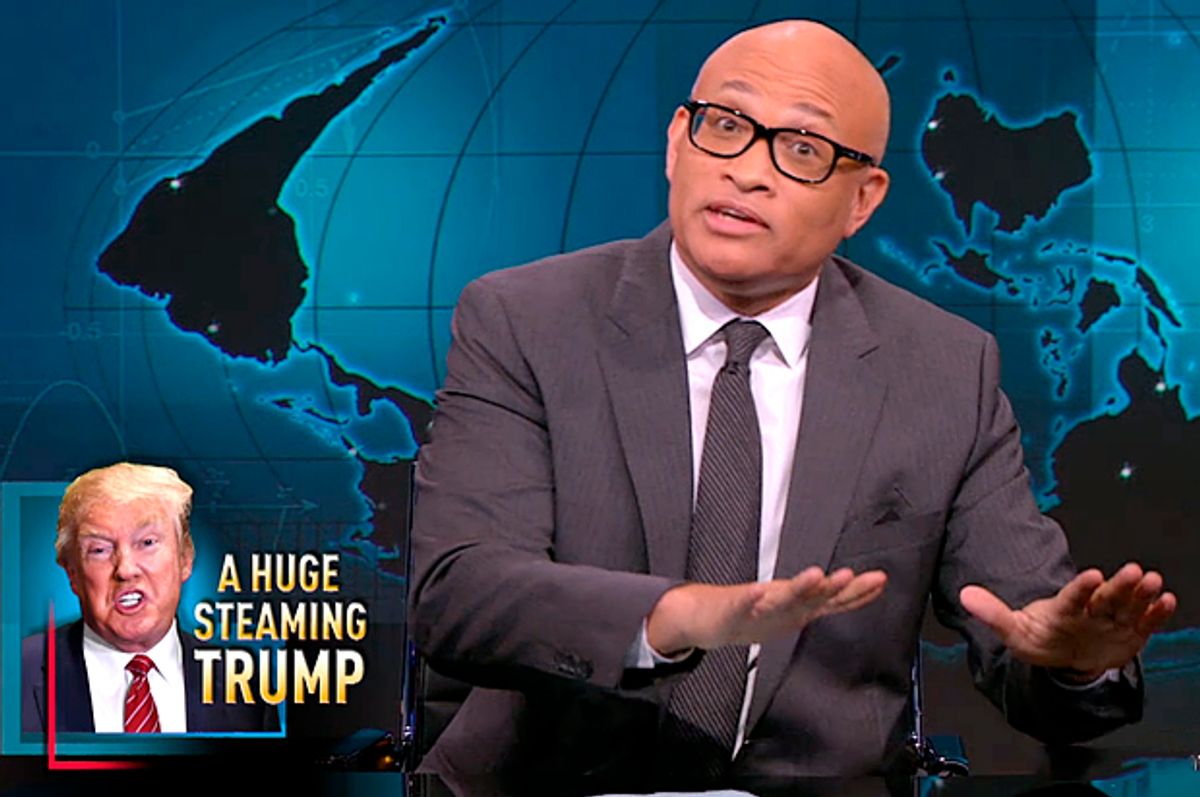 There was a lot of confusion about Donald Trump's meeting with black pastors from around the country. Was it on? Was it off? Was it an endorsement? In the end, about 100 leaders of prominent African American churches came to talk to Trump. He expected an endorsement, but as Larry Wilmore explained on Tuesday's "Nightly Show," got something different.

If that's not bad enough, Wilmore then attacked Trump for making fun of a New York Times reporter. Trump admits no wrongdoing; in fact, he's demanding an apology from the Times, for what possible reason is still unclear. "Why should I believe you're sensitive to disabled people? You literally just released a book that is titled 'Crippled America,'" Wilmore said.

Wilmore rolled the clip of Trump's spokesperson on CNN's Jake Tapper saying that Trump wasn't making fun of the reporter. He was just gesticulating wildly to show the exasperation of the reporter. "Oh my God, you people are just lying," Wilmore said. "I mean, that is a lie. How stupid do you think we are?! Look, if somebody accuses me of making fun of blind people, my excuse can't be, 'ya know my neck started hurting so I started moving it like this, and it got kinda bright in there so I put some shades on...'"

But the best moment came when Wilmore showed the hilarious clip of Tapper's WTF face when Trump's spokesman said the 9/11 claim was true. The spokesman had never come across something where Trump has said something that is inaccurate. "Seriously?" Tapper asked after a double-take.