"The site happens to be a workplace, but terror can occur in a workplace, it's the ultimate soft target," he said 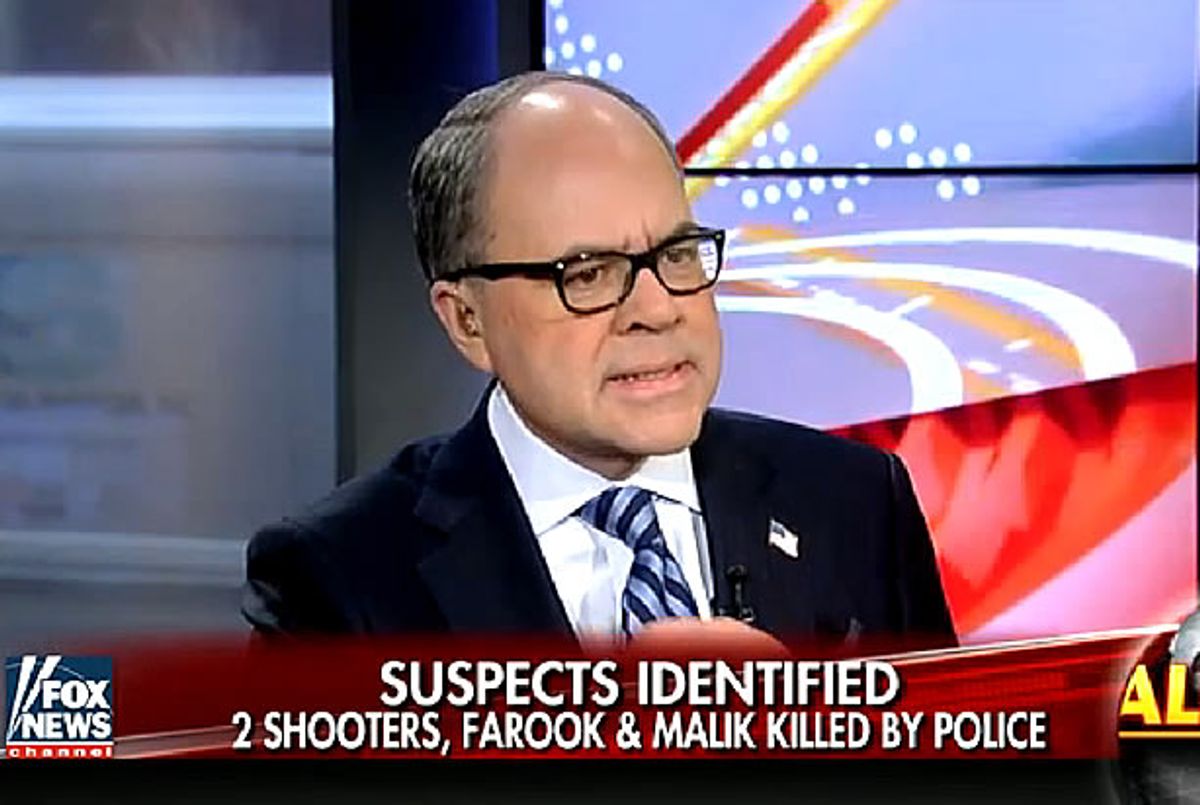 Whether yesterday's mass-shooting in San Bernardino, California was a terror attack is still unclear -- but what's abundantly clear is how desperately producers and hosts at Fox News want it to be.

On "Fox & Friends" Thursday morning, legal analyst Peter Johnson questioned whether "this was a typical workplace violence attack or a Jihadi Jane and Joe." One of the shooters, Syed Rizwan Farook, worked for the San Bernardino County Department of Public Health, which had rented the Inland Regional Center for its year-end banquet. Farook allegedly attended the banquet that morning, but left early only to return later heavily armed and with his wife.

Co-host Steve Doocy hinted that it has to be "a terror event," because "with workplace violence, usually when somebody pops off, they don't go home and get their wife and she takes part in it."

Johnson mustered his best legalese, saying "the site happens to be a workplace, but terror can occur in a workplace, and this is the ultimate soft target. Automatic weapons, pipe bombs, booby-trapping, the potential for radicalization, a man who may have been love-lorn going to Saudi Arabia and bringing back a highly trained pharmacist wife."

"Is this beginning of green card jihad in America?" he asked. "If this was a terror attack, or a terror-inspired attack, Americans need to know."

Johnson noted that "politically, it's a fire-bomb for this White House to admit that this was a terror attack, or an ISIS terrorist with another foreign national who committed this. I don't think there's any question that this should be called 'terror.' What kind of terror it is we need to find out."

He concluded with a masterpiece of lawyerly dissembling, saying that he didn't "want to come to any hasty conclusions at this point, but if you look at the dots and start to connect them in a way that's rational and reasonable and not political, based on simple things we know about terrorism, it leads ineluctably and inescapably to that one horrible conclusion -- terror."