"It just makes me sad and mad": The violence -- and cover-up -- that almost moves Larry Wilmore to tears

"I don't know why it took so long for the police chief to get fired here," he says, after emotional plea 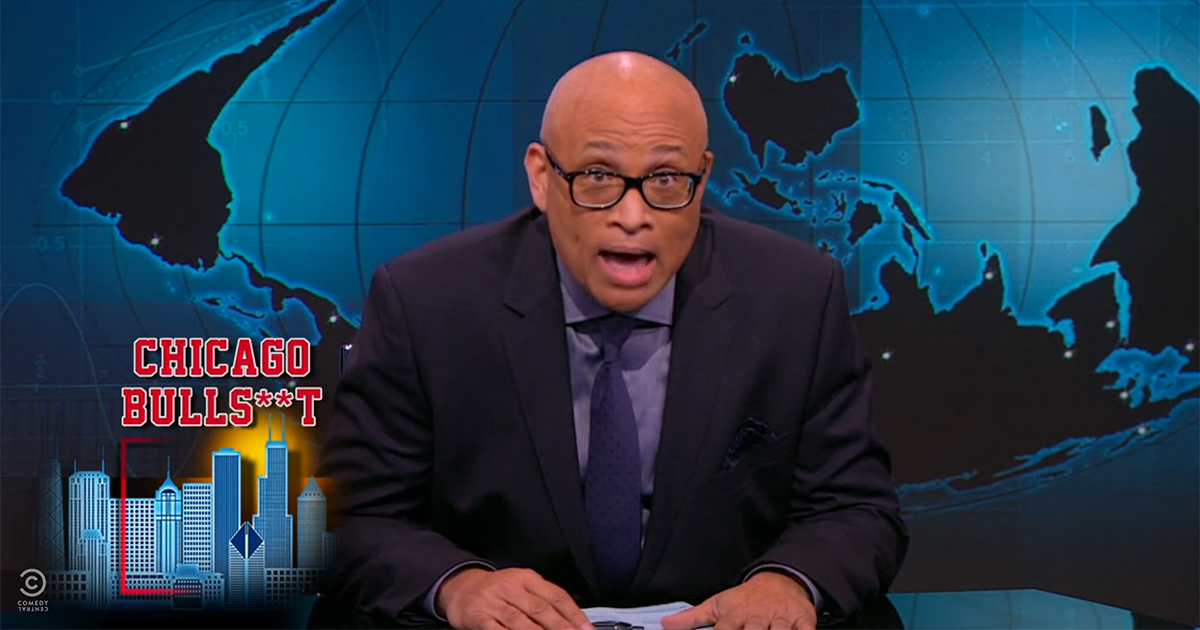 After an emotional plea to end mass shootings following yesterday's San Bernardino shooting, "Nightly Show" host Larry Wilmore went after a shooting that happened last year, but this time by those who are supposedly committed to protecting and serving.

"It was so clear in the video," Wilmore said of the tragic death of Laquan McDonald at the hands of police Jason Van Dyke. "I don't know why it took so long for the police chief to get fired here." It took Chicago 400 days to release the video -- and only after a judge ordered them to do so. Up until that point, Van Dyke was on paid desk duty. A known killer was literally on the payroll for over a year.

"Four hundred days?!" Wilmore exclaimed. "It took 400 days to release the video? Back when this video was shot The Nightly Show wasn't even on the air. Donald Trump wasn't a presidential candidate. And people had somehow convinced themselves that Meghan Trainor was going to be a thing."

The sketchy thing is that this happened while Chicago Mayor Rahm Emanuel was in the middle of a heated reelection campaign. Was that the reason the video wasn't released?  Just eight days after the most contentious election since the 1980's, Emanuel had the Chicago City Council vote to award McDonald's family a $5 million settlement. The investigation hadn't been completed and the family hadn't even filed a wrongful death lawsuit.

"You know what this sounds like? What's the phrase... how do you say.. uhh..." Wilmore then played clips of a dozen news outlets saying the word "coverup" to describe this nonsense.

"I just can't understand this type of corruption. Why would people behave this way? It just makes me sad and mad," Wilmore said exasperatedly. "I wish I was in a happy place with rainbows and meadows where someone could explain this to me and make me less sad and mad."

Wilmore then took the audience down to Corruption Junction! "Welcome to Corruption Junction where rainbows have wings dreams are made of unicorns. As long as you grease the right palms," Wilmore said in a train conductor hat and Mr. Rogers style button-up sweater. "You know I wish someone was here to help me understand all of this bad stuff going on in Chicago."