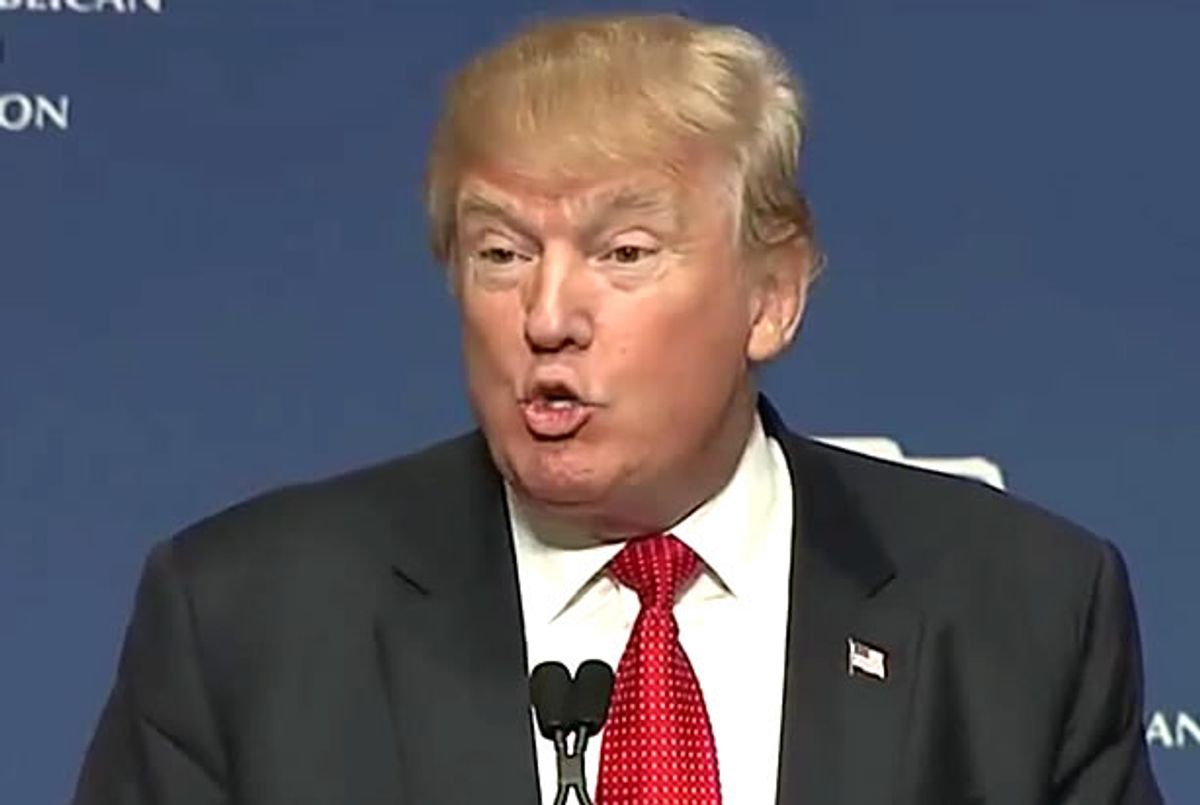 On Thursday, Republican front-runner Donald Trump delivered a speech before the Republican Jewish Coalition in which he essentially praised members of the organization for being a bunch of Shylocks.

"Stupidly, you want to give me money," he began. But he added that "you're not going to support me because I don't want your money," suggesting that Jews are unwilling to back people whose purse-strings they can't control, a classic anti-Semitic trope.

In his humble way, he spoke of how much the Jews love him, especially in Israel. "They look at my wall, and it's loaded up" with awards from Jewish groups, he boasted, before adding that "the Christians are catching up, though, they're catching up."

Trump spoke about the infamous $43 million gas station in Afghanistan, asking the crowd, "How many of you think you could have done it for less?" His question was greeted with silence, so he moved on. "I'm a negotiator, like you folks," he said while discussing what he considers to be the failures of the recent nuclear deal struck with Iran.

"Is there anyone in this room who doesn't negotiate deals?" he later asked. "Probably more than any room I've ever spoken." You know -- because it's full of Jews.

His most powerful misstep, however, occurred when he waffled on the question of whether Jerusalem should remain undivided. "I don't know if Israel has the commitment to make it," he said. Time's Zeke Miller said that at that point, "you could hear a pin drop."

As he concluded, Trump claimed that "I'm a businessperson, I get along with everyone." Which is an odd claim to make, given that the majority of people before whom he'd just made it would strongly beg to differ.

Watch his entire speech below via the Republican Jewish Coalition Forum.