Senator shames GOP's empty prayers following mass shootings: "Your ‘prayers’ should be for forgiveness if you do nothing – again” 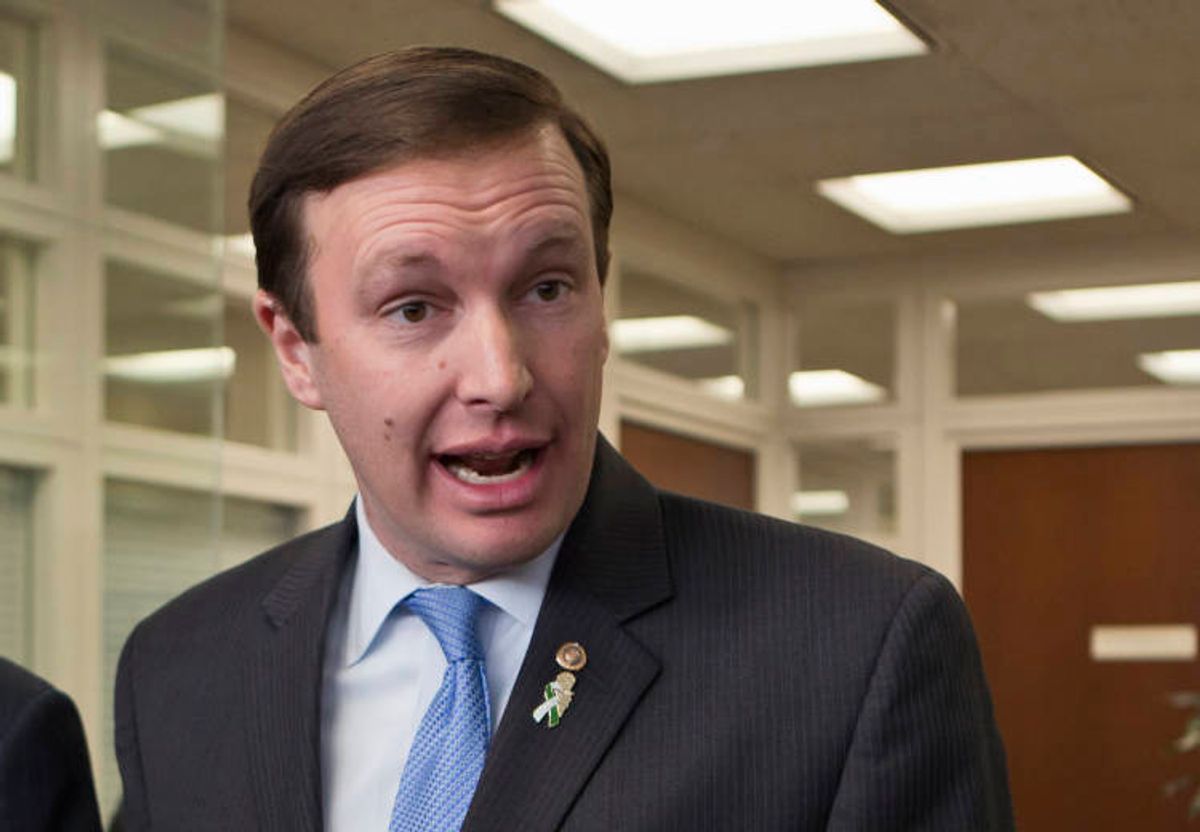 Since 20 school children and six adults were gunned down in their classrooms at Sandy Hook Elementary in 2012, Connecticut Senator Chris Murphy has been the loudest critic of congressional inaction on gun violence and after yesterday's deadliest gun massacre since Newtown, Murphy has proven he has no intentions of piping down.

Authorities in San Bernardino, California, say at least 14 people were killed and 17 wounded in at least the 355th mass shooting of the year. Unlike the Black Friday attack on a Colorado Springs Planned Parenthood, Republican presidential candidates and congressional lawmakers alike rushed to send out their thoughts and prayers even while the gunmen remained on the loose Wednesday afternoon. Murphy, who represents Newtown, Connecticut, took to Twitter to call out this exercise in futility, telling them to save their prayers for themselves for condoning the next mass shooting with their refusal to act on gun violence:

In a statement following up on his tweets, Murphy wrote, “My heart aches for the people of San Bernardino. I cannot express the profound sadness I feel each time a new community grieves and endures the same pain that brought Newtown to its knees three years ago this month.”

“As we await the facts from the chaos on the ground, I can only pray that America’s leaders will do something — anything — that prevents more communities from knowing this sorrow. Congress’ number one responsibility is to keep our constituents safe, and not a single senator or member of Congress can go back to their state this weekend and claim that they are doing their job.”

Earlier this year, Murphy placed the blame for future mass shootings in America squarely at the feet of federal legislators during an interview on CNN, calling out his colleagues for "sending a message of quiet endorsement of these murders":

This whole culture of mass violence in which Congress does nothing, I think sends a message to a lot of these individuals who are becoming unhinged in their mind that it’s OK to go out and commit these murders because no one seems to be doing anything to stop it, and so why should I think any differently than everybody else that I see on the news carrying out this kind of violence.

What Murphy said back in August, sadly applies in December: “It’s an absolute stain on this nation that there are have been more mass shootings this year than there have been days in the year."

"We shouldn’t accept that in Congress.”