The Second Amendment already screwed us - the guns are here to stay! 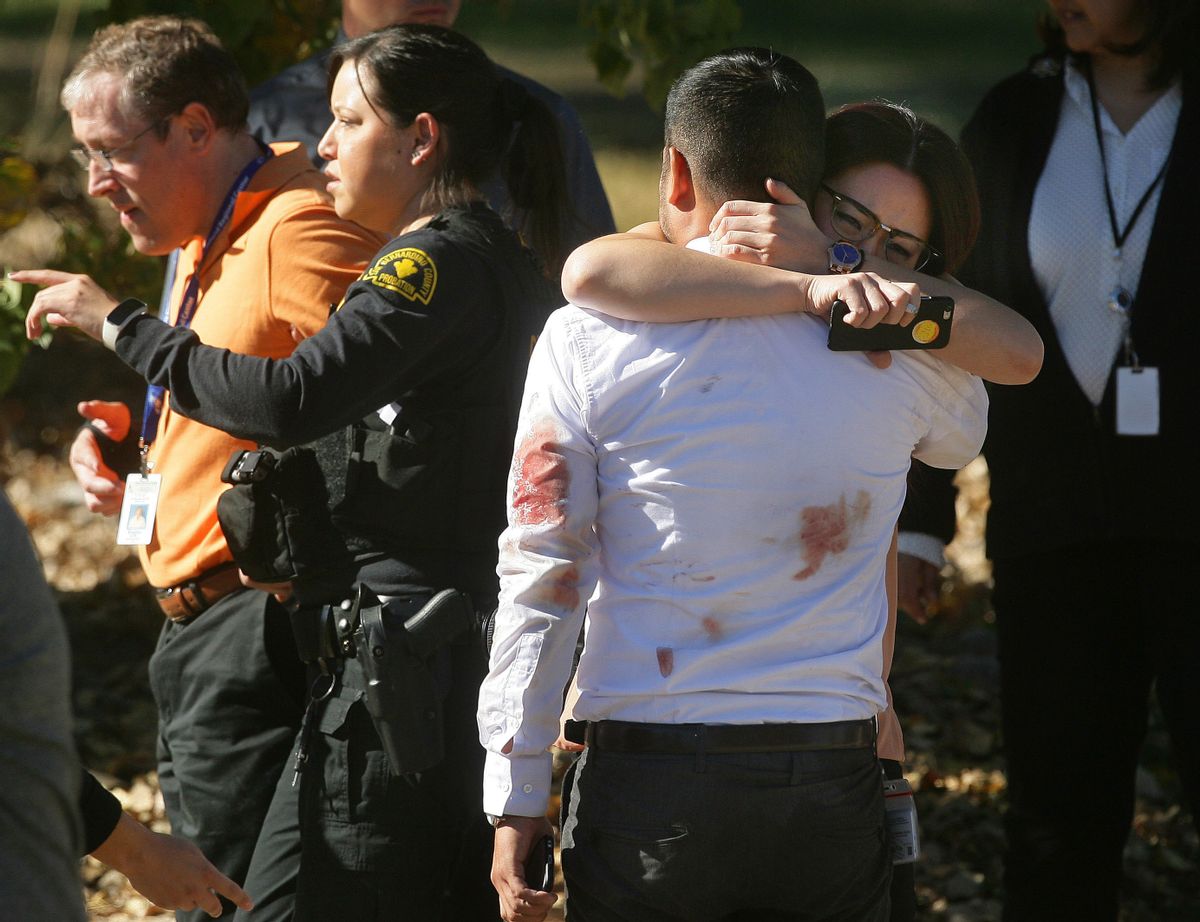 The mass shooting in San Bernardino is another reminder that our conversation about guns has to change. There are some very difficult realities that we’ve yet to confront, particularly on the Left.

The truth is that the Second Amendment has already created an impossible situation. There isn’t a truly meaningful solution to gun violence at this point. We have something like 300 million guns on the ground in America today. These guns will remain operative for decades and they aren’t going away – any discussion about gun-control that doesn’t acknowledge this isn’t serious.

There will be talk, as there always is after a mass shooting, of implementing saner and stricter gun laws. And I’ve no issue with that. Better laws and better enforcement can only help, but it won’t come close to solving this problem or preventing gun-related tragedies.

The Supreme Court has affirmed twice in the past decade the fundamental right of Americans to own handguns for purposes of self-defense. Whether you agree with that decision or not is irrelevant – it’s the law and it's unlikely to change anytime soon. This means we may be able to ban certain kinds of “assault weapons” with rapid-fire capabilities (and we absolutely should), but there is virtually no chance of banning handguns or hunting rifles – not without abolishing or reinterpreting (which I believe is long overdue, but the Supreme Court has spoken) the Second Amendment.

And that’s as unlikely as anything given our current political climate.

But even if we overcome the significant political challenges and ban everything but handguns and hunting rifles, we’re still more or less in the same predicament. It’s worth recalling that the worst mass shooting incident in American history occurred at Virginia Tech in 2007, and it was accomplished with nothing but two handguns, both legally purchased and fully constitutional by any measure.

So by all means, let’s push for more restrictions on gun ownership, such as mental health background checks and longer waiting periods before purchasing firearms. Buying a gun should be among the most difficult things one can do in this country. And clearly ending the gun show loophole is a no-brainer. But after all that is accomplished, we’re not nearly as close to solving this problem as we’d like to imagine.

The guns are still on the streets.

30,000 people die every year in American from gun crimes, and the majority of those deaths involve handguns. All the laws that seem passable at this moment will do very little to address this problem. And the ugly truth, which gun fanatics never tire of pointing out, is that so long as the guns exist, the deranged and the lawless will find a way to get their hands on them. This leaves the rest of us vulnerable to the whims of madmen.

The depressing fact is that there’s no definitive solution to this crisis that doesn’t involve taking people’s guns (which, again, is a non-starter) or something akin to Australia’s buy-back scheme. I’m not sure the latter is achievable in an American context, but it’s at least worth exploring. I doubt it would rid America of its 300 million guns, but perhaps it would eliminate enough to make a discernible difference.

In any case, people who want to do something about the gun problem have to be honest about our circumstances and about what’s possible. If we can’t get the guns off the street, then the question of how to protect ourselves remains a serious one - and there are no simple answers. But if gun control activists really want to make a dint, then they have to go beyond half-measures and talk about what’s necessary, no matter how unrealistic or impossible it is.

All else is pointless posturing and a diversion from the difficult conversation we have to have.