New memos show Reagan and Bush's concern over the climate, and reveal the depths of GOP's new know-nothing-ness 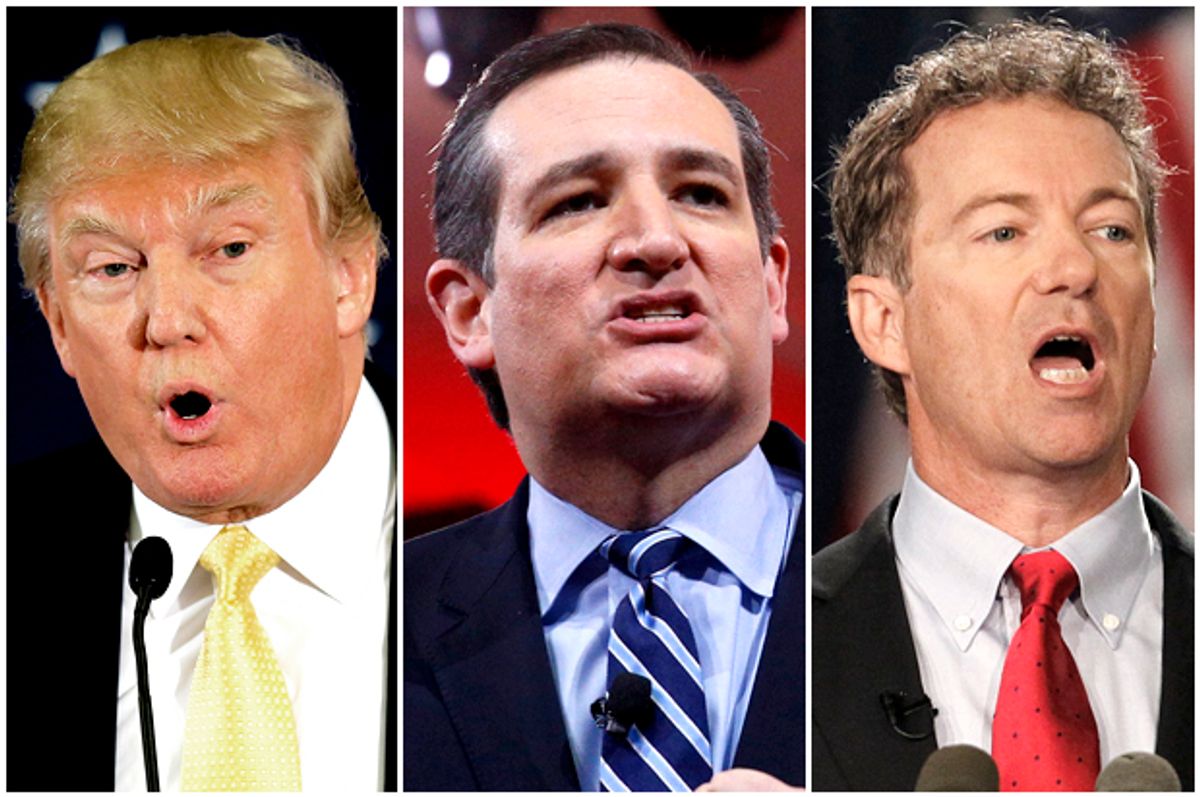 President Obama was in France this week for the Paris climate conference, where he gave an important speech aimed at assuring the international community that the United States would take a leading role in taking on climate change. “I’ve come here personally, as the leader of the world’s largest economy and the second-largest emitter,” he said, “to say that the United States of America not only recognizes our role in creating this problem, we embrace our responsibility to do something about it.”

As the New Republic’s Rebecca Leber pointed out, Obama’s speech was significant because he could actually point to significant achievements – new regulations on coal-fired power plants, an agreement with China to reduce emissions, etc. – that put credibility and heft behind his words. The threat posed by climate change is real and catastrophic, and any hope of mitigating its effects requires global actions with the United States in a leading role.

While Obama was in Paris, the Republicans jockeying to replace him as president were mocking what he had to say. Mike Huckabee called him the “meteorologist-in-chief.” Ted Cruz joked that Obama “apparently thinks having an SUV in your driveway is more dangerous than a bunch of terrorists trying to blow up the world.” Marco Rubio argued that the national debt is a greater danger than climate change. “I don't buy the fact that it's a crisis. I just don't,” said Chris Christie. “I don't see evidence that it's a crisis.”

The evidence of a crisis is literally everywhere, so not seeing it requires a huge degree of willful blindness. This obstinate, ideology-driven refusal to even recognize that anthropogenic climate change is happening is one of the more powerful indicators of just how radicalized the Republican Party has become over the last 25 years. The GOP’s denialism on climate change is a rebuke of scientific evidence, global consensus, and the Republican Party as it existed before the crazy people took over.

Just in time for the end of the Paris conference, the Washington Post obtained classified memos from the Reagan and George H.W. Bush administrations showing that once, a long time ago, there were Republican officials who recognized the climate change threat and actually recommended taking action – not just as a matter of good policy, but as a way to maintain global credibility.

One 1989 memo to James Baker, the Secretary of State at the time, asserts that “global climate change is the most far reaching environmental issue of our time,” and “we cannot wait until all of the uncertainties have been resolved before we act to limit greenhouse gas emissions and to plan for whatever climate change we are already committed to.” That same memo argues that “the rest of the world still looks to the U.S. for leadership in addressing these [environmental] issues,” and that there was a need to reverse the perception of the U.S. as “unwilling to take the domestic policy steps necessary to exercise leadership in the international arena.”

And it’s largely overlooked these days, but the George H.W. Bush administration did have some significant environmental victories. If you’re of a certain age, you may remember the acid rain crisis of the late 80s and early 90s. Sulfur dioxide emissions and other noxious chemicals spewing from power plants were acidifying waterways and killing forests. As Marketplace reported last year, the Bush administration committed to solving the problem and devised a novel approach to bring together environmentalists and market-conscious Republicans:

The idea was this: The government sets a limit on the amount of sulfur dioxide that can be released in a year. Power companies are told how much they can emit. It's up to them to decide how to get to those lower levels—maybe install scrubbers or switch to a a different kind of coal. If they cut more than their allowance, they could sell the excess to a power company struggling to meet its limit. It became known as: cap and trade.

The program was signed into law in 1990, and it was a huge success. “The act called for emissions to be reduced by half,” Marketplace noted. “But today, sulfur dioxide and nitrogen oxides emissions are down more than 70 percent.”

No current Republican candidate with any serious shot at becoming president would dare say or propose anything along these lines. Instead they occupy different spheres within the realm of climate change denialism. Some, like Ted Cruz, say the science is bullshit and the scientists who produce it are “cooking the books.” Others, like Chris Christie, say climate change is probably real and yeah humans are probably contributing to it, but that’s no reason to actually do anything about it. Ben Carson doesn’t actually know what climate change is. If you mention “cap-and-trade” to a Republican, they’ll scoff and start ranting about “cap-and-tax.” Jim Inhofe might even throw a snowball at you.

(Democrats have gone a bit wobbly on this issue too: Obama’s attempt at passing a cap-and-trade bill in his first term was poisoned by opposition from moderate Democrats like Joe Manchin, who literally shot a bullet through the legislation.)

The GOP is, at this point, the only major conservative political party in the world that espouses climate change denialism. The only candidates in the GOP field who are outspoken about the threat of climate change and accept the scientific consensus are Lindsey Graham and George Pataki, who both pull in less than one percent of the Republican electorate. They represent the last stragglers of a near-extinct breed of climate-conscious Republicans.