GOP's self-made Trump dilemma: Understanding the monster of their own creation 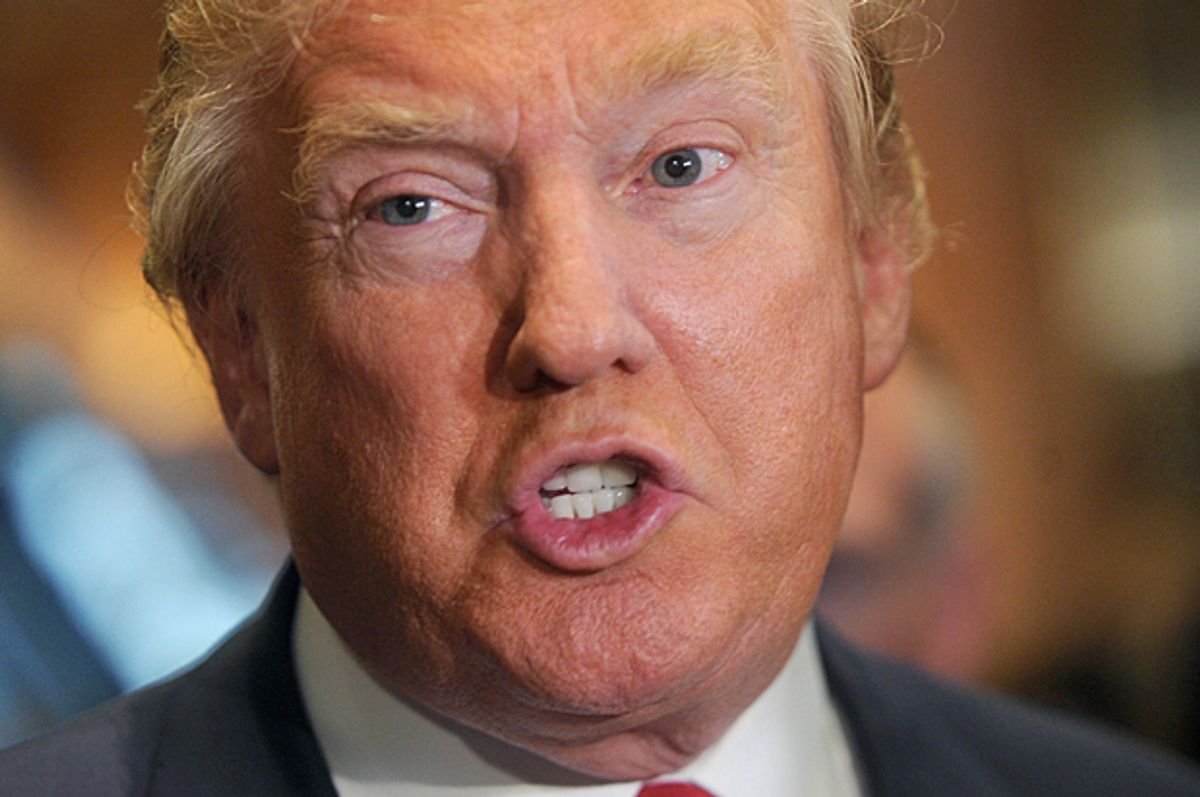 This week has been one of self-reassurance for Republicans and conservatives of all stripes. They’ve come together to say to themselves and to anyone who may be listening: calm down, get it together, it’s okay… Donald Trump will not be our 2016 nominee.

New York Times columnist David Brooks writes this morning that the campaign is still in the “casual attention stage” and compared it to a recent rug-shopping experience he had – a very Trump-like pink rug temporarily caught Brooks’ eye until “a subtler and more prosaic blue rug grabbed center stage.” Weekly Standard editor William Kristol also urges the jittery to calm down, writing that “while Trump has defied gravity so far, it's hard to believe that, as voting gets closer, his support will go up rather than down.” Of course, that’s coming from the same guy who said almost exactly nine years ago that “Barack Obama is not going to beat Hillary Clinton in a single democratic primary. I'll predict that right now.”

So are they right about Trump? Who the hell knows! The common theme in their analysis is that Trump is merely a bauble, something glitzy and eye-catching with transient appeal. That argument is belied somewhat by the fact that Trump has been the dominant frontrunner for five months running, he’s beaten back a challenge from Ben Carson, and his support is higher than it’s ever been. There’s still time for the Trump collapse to happen, but people have been wrongly predicting his collapse since July.

And as Greg Sargent has been diligently pointing out, there’s a more satisfying explanation for why Trump is so stubbornly popular among Republican base voters: they really like his anti-immigrant proposals and promises to deport all undocumented immigrants. The latest CNN poll of the Republican primary bears this out. It found that 53 percent of Republicans, 51 percent of conservatives, and 52 percent of self-identified Tea Party supporters believe the government “should attempt to deport all people currently living in the country illegally.” Strong pluralities of all three groups also believe that deporting all the immigrants will help the U.S. economy. This lines up perfectly with what Trump proposes, which may also explain why 48 percent of those polled say Trump is the best candidate to handle immigration.

Even if this doesn’t end up translating into a Trump nomination, it’s still a huge problem for the GOP, given its oft-repeated concerns about expanding the party’s demographic appeal beyond old, angry white people. Republicans and conservatives may soothe themselves with the idea that voters will eventually abandon Trump, but any attempt to explain why he’s risen in the first place would require the GOP to confront the unpleasant truth that they took an active role in creating this monster.

As Trump endures in the polls, I think more and more about the political significance of the child migrant crisis of the summer of 2014. With the midterm elections coming up and the GOP poised to make gains, the thousands of unaccompanied minors coming across the southern border offered a ripe opportunity to demagogue on immigration and bite back against some of Barack Obama’s executive orders granting deportation relief. The House GOP took full advantage and passed legislation that would have expedited deportations of children crossing the border, and separate legislation that would have ended the White House’s deferred-action program for undocumented immigrants brought to the country as children. They targeted people who had nothing to do with the migrant crisis as part of a broader message that the Republican policy position was “throw ‘em all out.”

That ugly display was followed up by a government-funding fight in which Republicans in the House and Senate threatened to shut down the Department of Homeland Security if Obama didn’t roll back is executive orders halting deportations for certain classes of undocumented immigrants. There was no chance of either of these legislative gambits working. They were all about sending a message: deport everyone.

And now the party’s voters are flocking to a candidate who is the loud, crude embodiment of that message. Republicans may worry that Trump could be their nominee, but they’re the ones who set him up for success.