"This is not about guns," she insisted, though she didn't suggest what "this" is, in fact, about if not guns 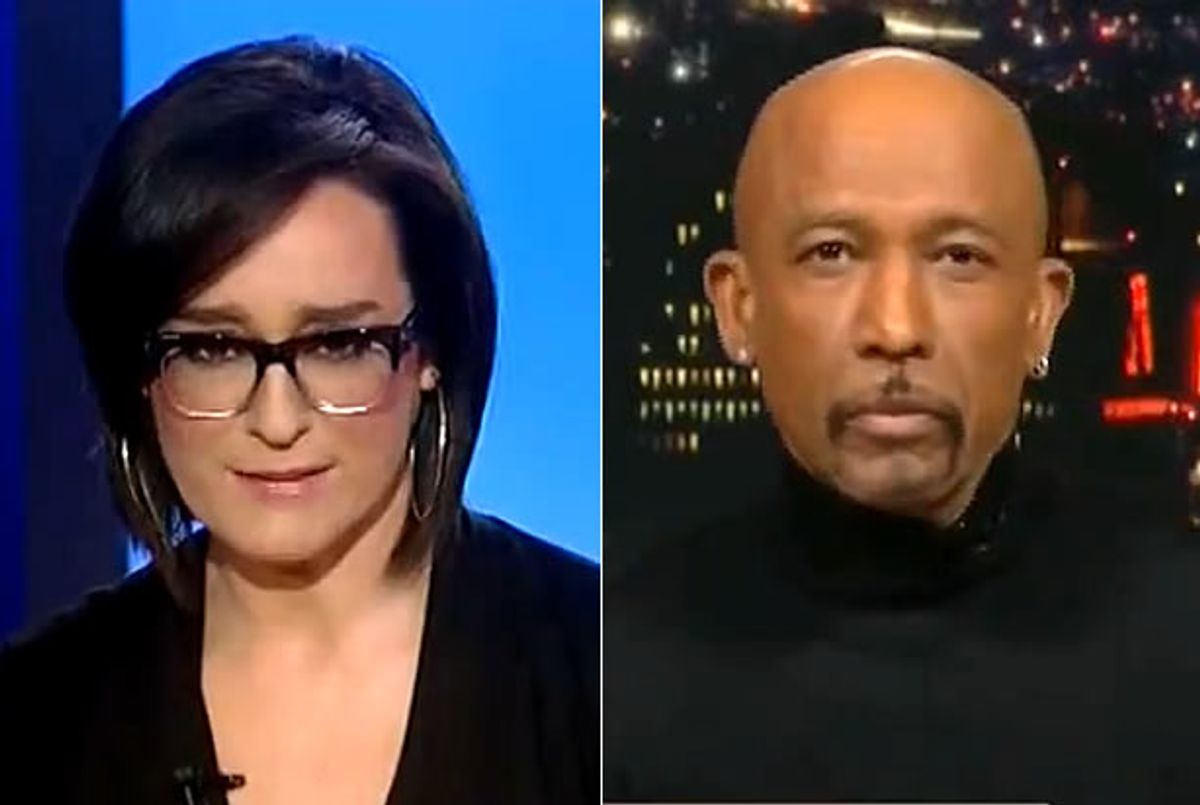 Montel Williams appeared on Fox Business News to discuss the San Bernardino mass-shooting with Kennedy, and the conversation took an interesting turn -- a conservative hairpin we'll soon become accustomed to, no doubt -- when the libertarian host tried to refute the need for stricter gun control while simultaneously fear-mongering about domestic terrorism.

Williams contended that Americans accept the hassle required to purchase and register a vehicle at the Department of Motor Vehicles, so they would eventually come to accept it if similar measures were in place for guns.

"Why don't we use this as a reason to register gun owners?" Williams asked. "Because American citizens who could be radicalized in direction are sitting there as your neighbor. So why can't we have a registry of who has [firearms]?"

"I own 14 guns," he added, "and I don't mind going down and registering them, because I'm a law-abiding citizen."

Kennedy was unimpressed, saying "[Syed Farook] purchased his guns legally, but what about the bombs? Should we start a bomb registry?" Williams replied that if you "buy pounds of black powder, maybe we should track a person who does so." Which is, in fact, exactly how the FBI prevents the majority of would-be bombers from successfully executing their plans -- the purchasing of materials associated with bomb-making lights up FBI databases, alerting authorities to the potential threat and typically resulting in a sting operation.

"Look, I'm a strong believer in the Second Amendment," Williams replied. "You can't stop me from buying any gun I want to have. But I want to stop those people who don't have the mental capacity to own them."

"And I want to protect myself from terrorists who may be working in the cubicle next to me," Kennedy said, as if her fear constituted a viable argument.

Williams elaborated on his Facebook page, writing that "it's not just a gun problem, but there's damn well a problem with the obsessive gun culture in this country. I'm a proud gun owner, but I've had enough and I'm willing to do my part."

"Why am I this angry?" he asked. "Spend as much time with victims of mass shootings (especially the kids) like I have. This I'll tell you -- the first time you see the look they all have in their eyes, you won't sleep for a week and you'll never get that image out of your mind. Get a couple dozen texts from kids who almost died in mass shootings at their schools who go right down the rabbit hole again when one of these happens and then get pummeled on twitter by halfwit adults who think the solution to the mental prison they live in is to arm everyone in schools."

Watch the entire interview below via Fox Business News.