"Only if you were an a**hole": Trevor Noah's repulsed by Ted Cruz's post-San Bernardino gun rally

"Fourteen people just lost their lives," he notes. And Cruz's first thought is to send out invites for a gun event 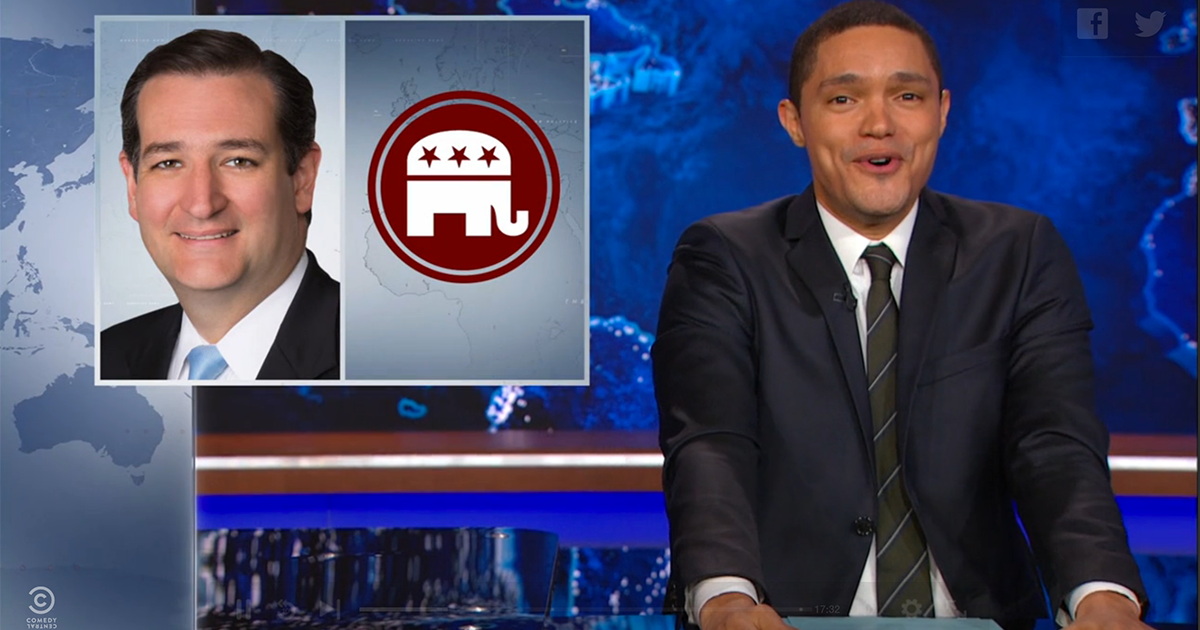 Trevor Noah didn't hold back when talking about the GOP response to the San Bernardino shooting on the "Daily Show" Thursday night. In just the two months that Noah has been on the air, this isn't the first time he's had to address a mass shooting. In fact, it isn't the second time either, or the third.

"Details are still coming in about what happened yesterday in San Bernardino," Noah said. "At first it appeared to be a workplace shooting, now the FBI is treating it as a possible act of terrorism. You know, people are arguing. ... I sometimes wonder why we don't wait before we say things."

But Texas senator and GOP presidential candidate Ted Cruz certainly doesn't wonder, because he was one of the first ones to start contributing to the noise. Tte day after 14 people were killed and 17 were injured by a mass shooting, Cruz invited his supporters to a Second Amendment rally at a gun range.

"Yeah, 14 people just lost their lives in a shooting, and Ted Cruz’s first thought is, 'Oh, that reminds me, got to send out my invites to my gun party,'" Noah said. "That seems like something you would only do if you were an asshole, which it turns out is exactly what voters are looking for."

"Maybe Ted Cruz is the leader that America needs," Noah went on. "He’s the first person in recent memory who’s been able to unite people of both parties in their hatred of him. And maybe, just maybe for that reason, we might all grow to love him. But probably not."

This isn't President Obama's first time dealing with this either. "He has had to do this for six years, speaking in the aftermath of mass shootings," Noah said. "And you can really see the toll it has taken on him."

Noah then ran a dismal clip of President Obama's responses to every mass shooting in chronological order. You watch the president go through the motions of sadness, disbelief, exasperation and anger. It's heartbreaking.

"I have to say, I feel bad for Barack Obama," Noah said. "He has been begging for gun control for six years, and the only major change in the gun debate since he’s got into office has been to his face. You’ve got to feel for him, but at least we have found the answer to the amount of pressure under which black does crack." Funny, possibly true, but a truly depressing joke.

Congress, however, hasn't aged a bit. Noah showed a side-by-side photo of Mitch McConnell 2009 vs 2015. No change. Noah said this comes from six years of nothing. "Congress has discovered the fountain of youth! Pure, distilled inaction. Applied liberally to the face and then stick your face up your own ass."