Scott Weiland's death shakes Gen X: Even Pavement pays their respects to the rock star they once mocked 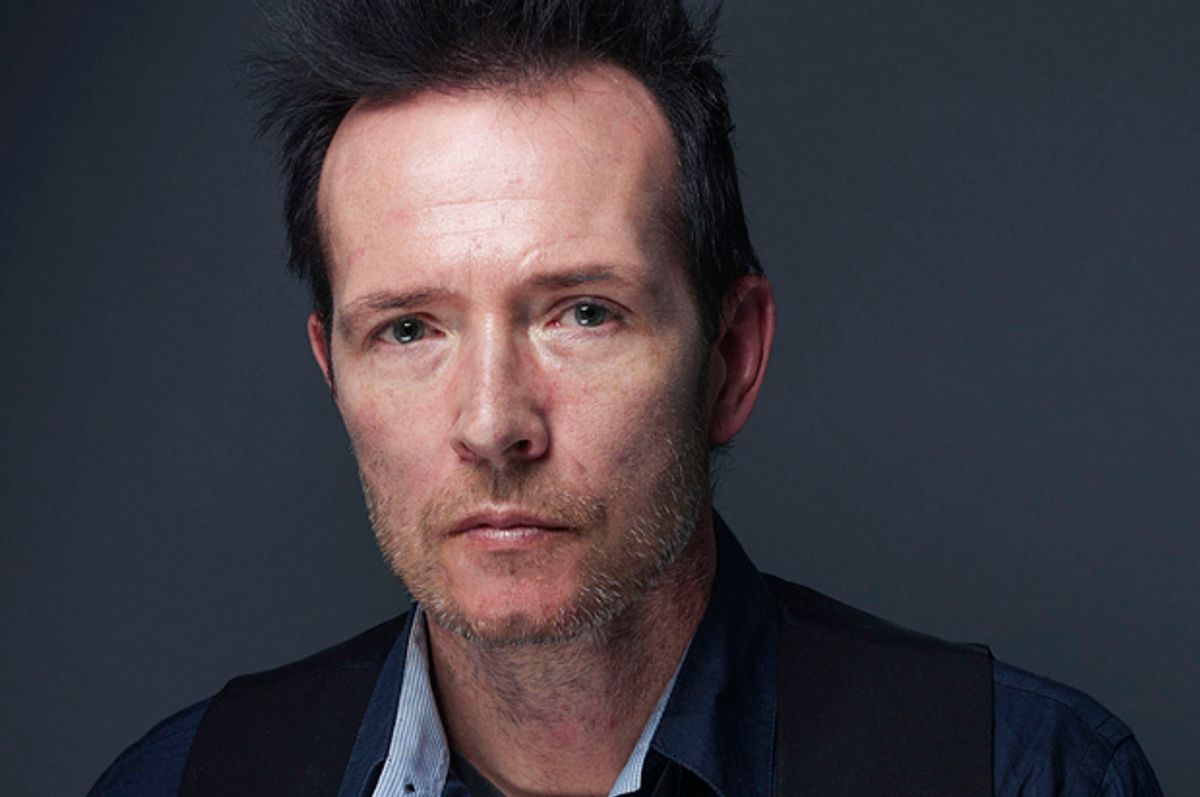 It’s never easy when this happens. The passing of rock musician Scott Weiland – who was found dead on his tour bus in Bloomington, Minnesota, due to what TMZ is reporting as cardiac arrest – is one of those things that his fans have had good reason to have expected for a long time. Between his brushes with alcohol, cocaine, and heroin, Weiland lived a famously rough life, with repeated cycles of cleaning up and falling apart. It got so bad at times that it made it hard for his bands to tour. (He reunited Stone Temple Pilots – the bestselling ‘90s grunge band – in 2008, but was fired in 2013.)

Last February, James Joiner of the Daily Beast interviewed him the morning after a show and wrote that he was so pale and unstable “that if I had encountered him on the street in such a condition, I would’ve contemplated calling 911.”

In some ways, then, Weiland’s death at 48 shouldn’t surprise anyone. But it’s sent jolts through a wide swatch of the music world and much of his generation. This isn’t just a hard rock thing; it’s not just Dave Navarro and Slash and Tommy Lee saying goodbye, but Ryan Adams (“Universe, please take care of him”) and Judd Apatow and Margaret Cho. This has struck a real nerve.

Even the band Pavement, which made fun of Stone Temple Pilots, in its 1994 song “Range Life,” sent out an apology of sorts on its Facebook page. “Rest peacefully Scott Weiland,” the band wrote. “In no way shape or form did we ever want to add to your misery.”

Why the outpouring for a famously self-destructive guy who – let’s face it -- led one of the worst bands of the ‘90s, a macho Pearl Jam knockoff who became, for a few years, impossible to escape in bars and on alternative rock radio?

Part of it is Weiland’s age. There is a famous “club” of rock musicians who died at 27 – Jimi Hendrix, Janis Joplin, Jim Morrison, Brian Jones, Kurt Cobain, and Amy Winehouse are all included in that grim gathering. There have certainly been musicians who died older; Elliott Smith and Charlie Parker were both 34. And plenty of musicians die at reasonably old ages: Even the self-immolating Lou Reed made it to 71.

But Weiland, who was 48, becomes another category: Someone who’d tried, over decades, to get his act together – kicking heroin, for instance, a drug he wrote that he associated “with romance, glamour, danger, and rock ’n roll excess” -- but just couldn’t. The sense that he’d bounced back may have been an illusion. But a lot of people who don’t much like his music respect him for fighting the demons of addiction and wrestling with bipolar disorder. A lot of us know someone like this. Some made it, some don’t.

While I never met Weiland, he was well-known among journalists for being “difficult.” A friend once asked him a tough but fair question in an interview and Weiland responded by spitting on the wall. (Another friend -- the ghost-writer David Ritz – admired Weiland, and worked on the autobiography “Not Dead & Not For Sale” with him.)

So why the apology from Pavement, an indie-rock band never known for its earnestness? It’s hard to understand for anyone who didn’t live through it, but the indie-rock wars were very real back in the post-“Nevermind” ‘90s: A lot of very conventional, lumbering music was being packaged as “alternative” or “indie rock” by corporations, and more idiosyncratic bands (and the labels and journalists who often spoke for them) had to argue that this other, often lesser known stuff, was more original, more inventive, deeper.

It’s a new world now, and those battles have been won or lost. (Mostly lost.) But taking it out on Scott Weiland at this point doesn’t make sense. Today, he’s a kind of rock music Everyman – a flawed guy who apparently did what he could to escape a curse, but got pulled under. No matter what side you were on in the ‘90s indie wars, this one hurts.

6 essential Scott Weiland songs that you should relisten to right now: