"Our enemies, in particular ISIS, want to see the American people divided," he said, and that's what Trump's doing 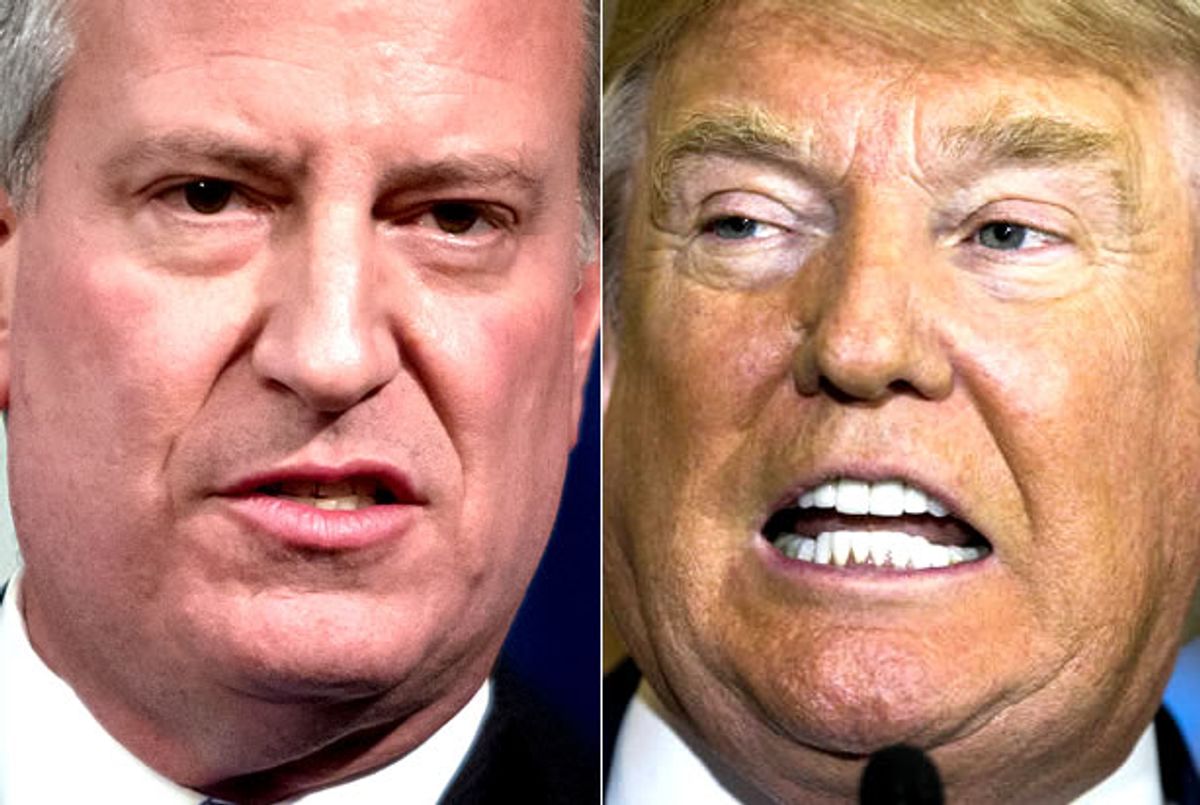 Host Alisyn Camerota asked de Blasio what his "ongoing beef" with Trump is, and the mayor replied that he doesn't care what Trump says about him, "what I'm concerned about [is] he goes before a Republican Jewish group and uses age-old, horrible stereotypes of Jewish people -- out loud!"

He added that "these are the kinds of stereotypes that have undercut the Jewish community for centuries," before turning to another group on Trump's xenophobic radar. "He says we should put Muslims on a list -- we don't people on a list, we don't put whole populations of people on a list in the United States of America, in a democracy."

"What he's saying is corrosive to our democratic values -- it’s dangerous, and I’ll call him out," de Blasio continued. "More and more people are saying, 'it's not entertaining anymore, it's dangerous.'"

Camerota replied by informing de Blasio that the Anti-Defamation League said it had "carefully reviewed the speech" and does "not believe that it was Donald Trump's intention to evoke anti-Semitic stereotypes." Of course, not intending to reveal how one really feels about a given group of people has no bearing on how one actually feels about them -- the phrase "Freudian slip" still has cultural cachet for a reason, after all.

He added that the ADL might just be "afraid to take on a political leader who seems to be ascendant, but history tells us that you've to got to stand up if someone's undercutting American values. If someone's trying to divide -- let's not mince words about it, he's clearly trying to divide."

After noting linguistic analysis of Trump demonstrating that he's employing "Us vs. Them" rhetoric, de Blasio said that "it's time to say that what Donald Trump is doing, in one way or another, is doing the bidding of our enemies. Because our enemies, in particular ISIS, want to see the American people divided, for example against the Muslim-American community."

"That's the ISIS game plan," he concluded. "What Trump is saying is falling right into that game plan."

Watch the entire interview via CNN.