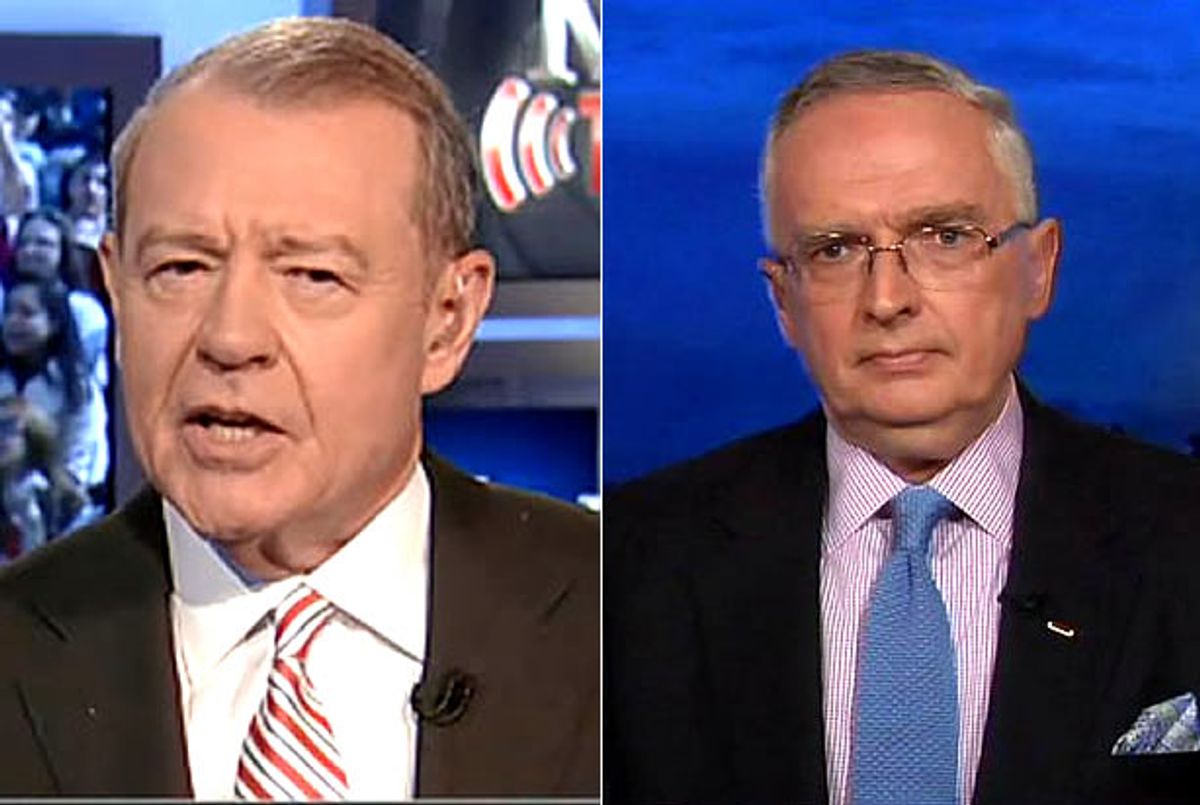 Lt. Col. Ralph Peters, who was last seen trying to offend as many non-white people as is humanly possible, appeared on Fox Business' "Varney & Co." on Monday to deliver his opinion about President Barack Obama's Sunday speech on terrorism, and needless to say, his opinion was neither high nor high-minded.

Host Stuart Varney began the interview by asking Peters, "What were you saying to the TV as the president was speaking? What was your commentary as the president's speech unfolded?"

It took less than two sentences for Peters to forget that he was on national television, replying that "first of all, [Obama] keeps speaking about 'we can't give in to our fears,' you know, 'don't be afraid.' Look, Mr. President we're not afraid, we're angry, we're pissed off, we're furious! We want you to react, we want you to do something!"

Just to hammer home his point, Peters continued, noting that the president, referred to as "this guy, [he] is such a total pussy, it's stunning." Varney, awash in waves of Peters' unhinged anger, allowed him to continue -- and continue he did.

His tantrum concluded, Varney politely informed him that "I can tell you are super angry, and I asked you what your reaction was, but I have got to call you -- you can't use language like that on the program, OK? I'm sorry." It's not entirely clear what Varney was apologizing for, except maybe having inflicted Peters on the American people.

After Peters started ranting again, Varney interrupted, saying "you used some very strong language there about the President of the United States, and I'm the anchor of 'Varney & Co.,' and I have to ask you either you should apologize for that, or take it back."

Varney concluded the interview by imploring Peters to "calm down, lad, calm down."