"You'll see that his finger is not on the trigger," Michel Fiore said, "my grandson has trigger control" 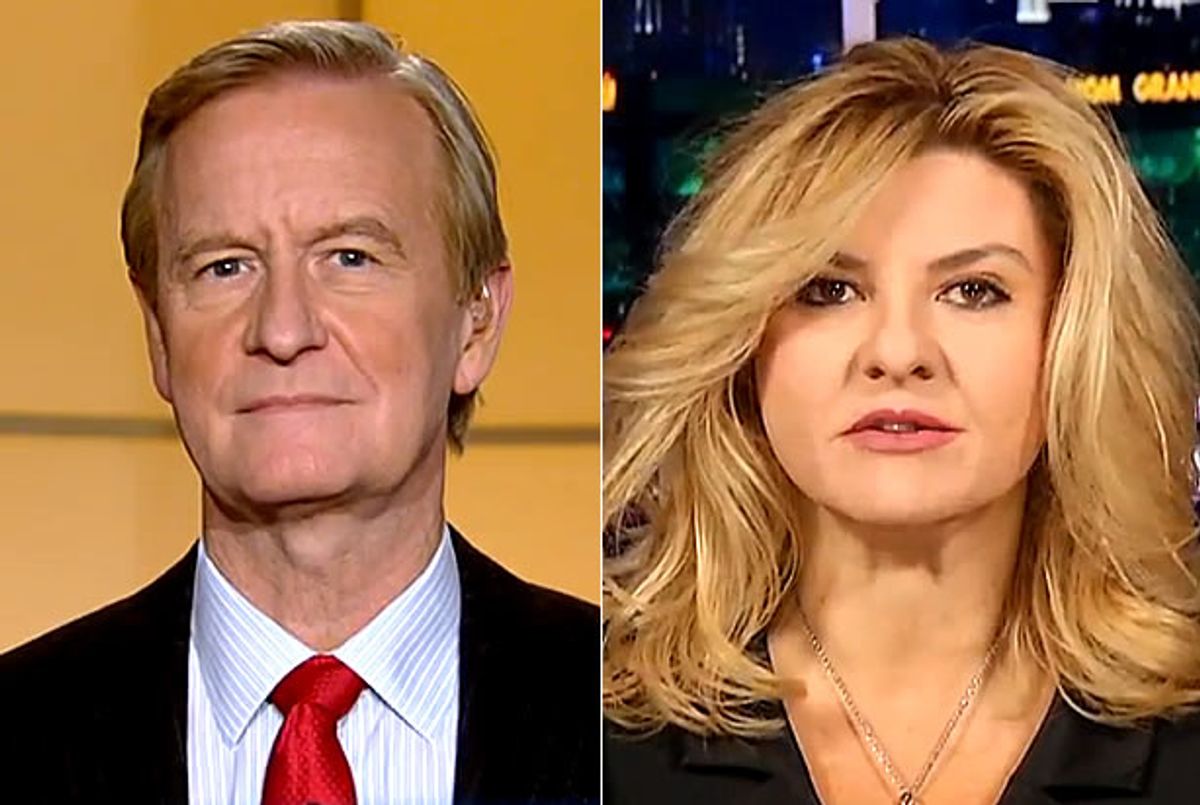 On "Fox & Friends" Monday morning, co-host Steve Doocy welcomed in Nevada Assemblywoman Michele Fiore, who dressed her family up -- including her five-yeard-old grandson -- in blue jeans and red shirts and had them pose for the December photograph of a Second Amendment calendar while packing heat: Fiore received criticism after she posted the photograph on Facebook, but she insisted that she only intended to send the festive message that "Christmas is a family affair, I think giving firearms as a present and getting firearms as a present is a great present, and I think because Christmas is a family affair, our ultimate responsibility is to protect and make sure our family is safe."

Doocy noted that the other months in the calendar feature her alone bearing a firearm, whereas in the December photograph "the little boy in the front has a pistol."

"He actually has a Walther P22, my grandson Jake," she replied, "and number one, that gun is unloaded, and number two, Jake is quite familiar with Eddie Eagle, which is an NRA gun safety program for children."

"If you look real close, you'll see that his finger is not on the trigger," Fiore added. "That five-year-old grandson of mine has total trigger control."

Doocy replied by saying that he and his co-hosts were just discussing how, "this Christmas season, so many people we know are, for the first time, thinking of buying a gun. Just given the fact that the president had said that ISIS is contained, [but] ISIS is here."