"You need strange c*ck": I'm a sex-writer; that doesn't mean I want to be harassed 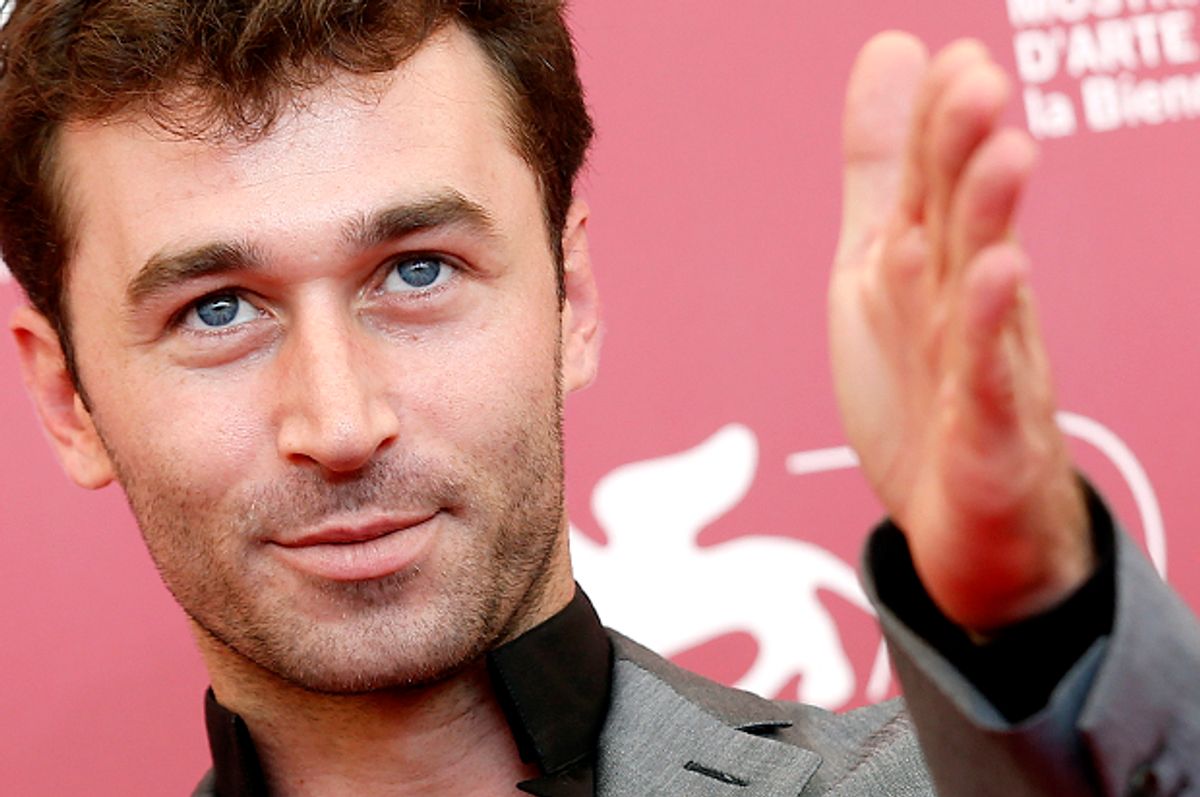 There were three of us working in the group intern cubicle, our computers arranged in a semicircle, our backs to the center. My computer was all the way to the right, alongside the drawers filled with glow-in-the-dark condoms, flavored lube, and multiple genres of pornography. We were the content creators for an adult personals site and, as I typed up my latest review of the cardio striptease class I'd tried at the Crunch Gym in Boston's Downtown Crossing, my supervisor would often slink up behind me, rest his hands on my shoulders, lean forward, and breathe on my neck as he asked me how it was going.

I remember the first time—my trapezius tensed up and my shoulders crept toward my ears. I was back from getting a free makeover at a high-end salon on Newbury Street, my hair pin-straight, my lips a deep burgundy, my lashes mascaraed. I had just begun to write my review when I felt his hands on my shoulders.

"How'd it go," he asked. I spun around in my chair, partially to reclaim some distance between us.

I gestured to the general area above my neck. "It feels weird wearing lipstick," I said. "I want to wash it off."

"You look good," he said, and the word "good" was drawn out in a way that felt bad. He stared, nodded, as if to confirm his first impression. "You look really good," he said, and I let my gaze drop into my lap where my fingers were clenched together, knuckles white. He backed out of the cubicle, his eyes still on me. "You look good," he said again before disappearing into his office. I spun back around, brought my fingers to my keyboard, paused, having lost my train of thought. I swallowed, with great effort, as if there were something lodged there in my throat, something large and rancid and contaminated. I fought past it. I took a breath. I continued typing.

Watching this story unfold has made me think of the erroneous belief some have that, because sex (violent or otherwise) is just part of the job, sex industry performers cannot actually be assaulted. "Rape in an industry where sex—and even violent sex—is treated as just another day at the office, can become a bit muddled for some," wrote Aurora Snow for the Daily Beast. "On-set behaviors and attitudes that would be shocking to most and sometimes even criminal are normalized."

Look at any other area within the field of sex and you might see the same thing. I've seen it myself. When I first became a sex writer, I spent the majority of my time trying to determine the line between sexy banter and sexual harassment with a supervisor who should have known better.

The assumption seemed to be that if my career aspiration was to be a sex writer, I must secretly desire to be the object of non-stop sexual attention, even on the job.

"You girls should hear what he told me he wants to do to the both of you," a coworker once said, leering at me and the intern who worked beside me.

My supervisor turned to the other intern and rolled his eyes. "Don't worry," he said. "I wasn't talking about you."

At the time of this internship, I had just recently emerged from a sexually abusive relationship and was, as a result, uncomfortable with intimacy. Our first time together, in the dark of my parents' basement, I was terrified as he tugged down my shorts. When he straddled me, I held my breath and then squeezed my thighs together. But I never said "no" and, after he pushed his way inside me, I never thought to call it rape.

So when my supervisor said something that made me feel queasy, I could never be sure whether or not I was overreacting. I suspected he was crossing a line, but I was still walking around with my ex-boyfriend's words in my head, still worried about seeming like a prude. My ex had made me self-conscious about my lack of experience in the bedroom, and this had left its mark on me. I didn't want to be the person that man had known. I didn't want to be that shrinking, tedious person he made me feel I was.

Similarly, Snow writes about performers who keep their lips zipped because they're afraid of losing their livelihoods. And elsewhere, there are numerous stories about women afraid to report sexual assault because their role as a victim is not seen as credible. Escorts, for example, often don't report rape because they are terrified of law enforcement. In the grand scheme of things, being objectified because I enjoy writing about clitoral vibrators seems so small and insignificant. But my story—like these other stories now emerging—is indicative of a mindset in the field of sex work where a line can seem blurry when, in actuality, it is rock solid.

I once accompanied my supervisor on a day trip to Philadelphia for a professional conference. This was several years after that first internship. I had since moved back to New Jersey and had responded to a job ad on Craigslist posted by a sex news site in need of a Book Review Editor. When I got the phone call, I was surprised to hear my old supervisor's voice on the phone. He had apparently relocated to New York City and started up a website. Of course he hired me, no interview required. I took the job, pushing my own misgivings aside.

By the time we traveled to that conference together, my now-husband had recently proposed to me and, as I waited with my boss in the 30th Street Station in Philadelphia for our train back home, we discussed the viability of my future marriage.

"It's never going to work," he insisted, and I felt my face flush, afraid he knew something about me, knew how unsure I was, how terrified I was of commitment.

"Why?" I asked him, trying to sound defiant. "Why wouldn't it work?"

"Because you need strange cock," he said, matter-of-factly, as if he knew a damn thing about my sex life. He didn't know me, didn't know I was scared of sex, that I'd been scared of it since he'd first met me, that I sometimes hated it. He didn't even know that I was writing about sex to cure myself, to change who I was. He knew the real me so little he didn't even realize I was the type of person who would never use the word "cock."

As angry as his comments made me, however, as sure as I was that he had once again crossed a line, I still worried that his behavior toward me was my own fault, that I had somehow invited it by playing the part of the easy, breezy, open-to-anything sex writer who would never overreact or be offended by a dirty joke. I knew that the longer I didn't push back, the longer I allowed him to push up unchecked against the boundaries of our relationship, the more I was essentially consenting to it. Or at least that's how it might seem to him.

Deep down, however, I know that the first moment I felt uncomfortable was the moment he should have stopped, the moment I should have told him to stop. I wish I had been as strong as Stoya and all of the other women now coming forward to speak out against James Deen's behavior.

But I didn't say it. I didn't say it because, despite the nonconsensual way in which I had lost my virginity, I still believed most men would wait for my "yes" instead of forging ahead because they didn't hear a "no."

I believed I could play my part and still be in control.

Steph Auteri is a freelance writer with a focus on sexuality. She has been published in Playgirl, Time Out New York, Nerve, and other publications. She also blogs about motherhood for mom.me. Follow her on Twitter: @stephauteri.