Why should she celebrate? Trump's new plan legitimizes her bigotry 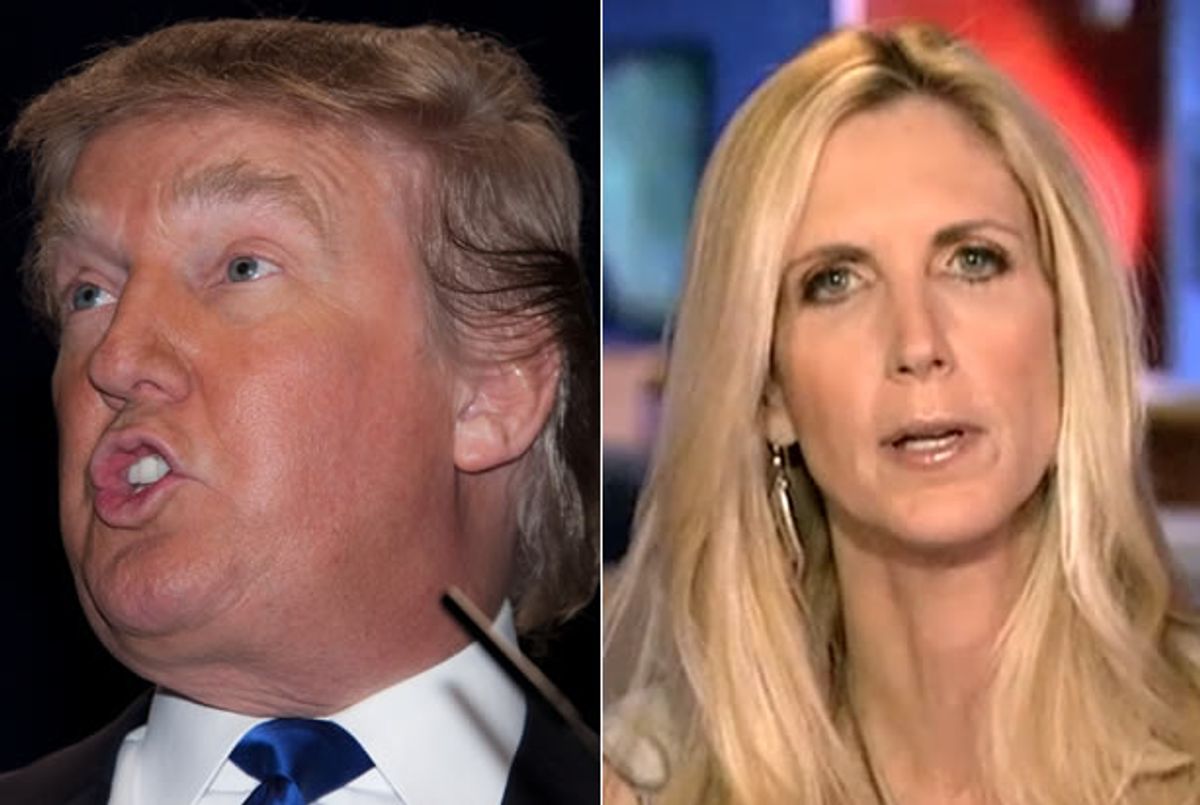 While the majority of Republicans were either actively condemning or quickly distancing themselves from Donald Trump for suggesting that Muslims -- including United States citizens currently abroad -- should be barred from entering the country, professional termagant Ann Coulter thought it was damn near perfect.

On Twitter, she responded to news of Trump's initiative by saying that the only way to improve it would be to make it more inclusive:

When informed that Trump included all American Muslims currently abroad, she replied:

Because she's always been correct, after all: