Donald Trump is radicalizing his followers: Terrorism expert explains how Trump is marching Americans towards extremism 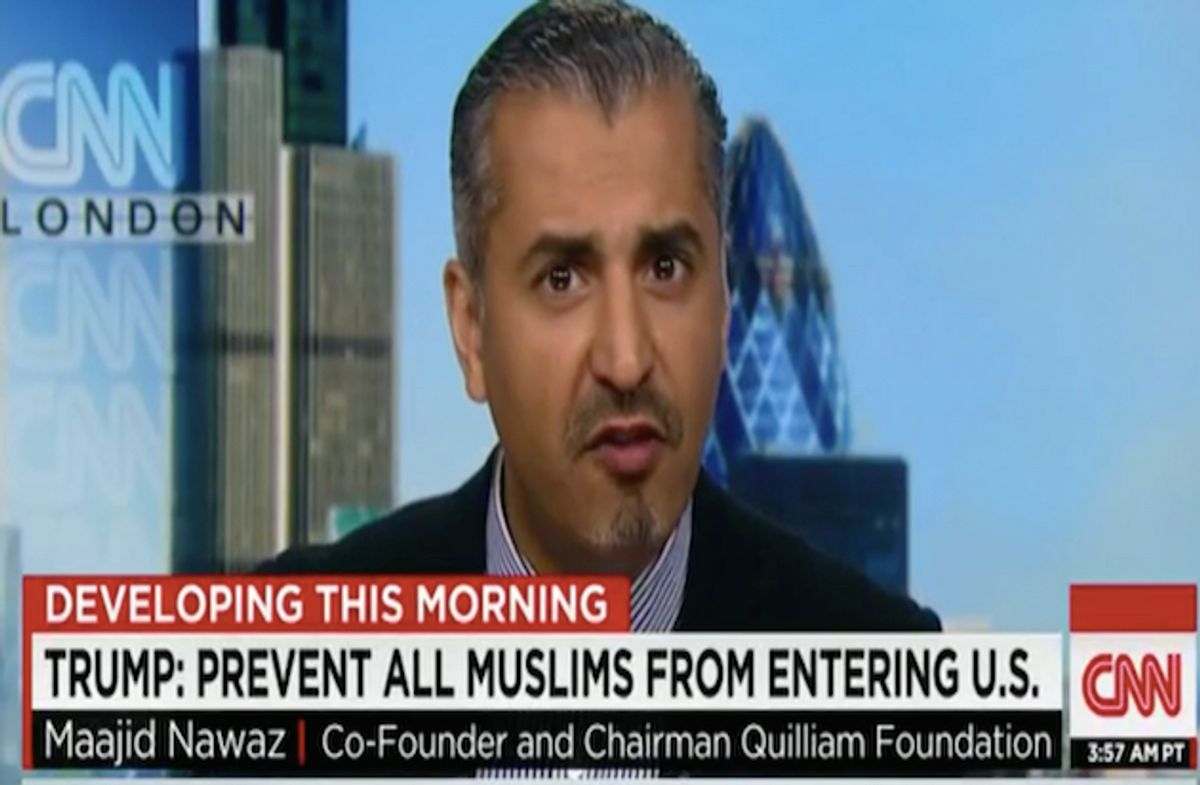 On Tuesday, the Philadelphia Daily News threw out all subtleties for its front page cover reporting on Donald Trump's latest stunt to throw out the Constitution in favor of an unlawful ban on Muslims from entering the United States:

But according to at least on terrorism expert, allusions to leaders of extremist movements like the one suggested by the Daily News are hardly a most hyperbolic conclusion to draw from the rise of Trump's rampantly xenophobic campaign.

"When you pump people up and promise them all forms of dreams and utopian visions and populist aims, but you can't deliver on those, people become very frustrated and take action into their own hands," Nawaz said on Tuesday.

Nawaz told host Alisyn Camerota that after observing and studying radical Islamist groups and extremism for years, he now worries that Trump's "followers, when he doesn't deliver what he's promised them, end up joining fascist or far-right groups and taking matters into their own hands against the eight million Muslims in the United States and we end up with an extremely polarized discourse and it's very bad for social cohesion."

"Al Qaeda has been trying to use our very prejudices against us for many years," Nawaz wrote, which is why Osama Bin Laden recruited a 'white army of terror' from the huge number of converts that joined his cause":

If it is only men we profile, jihadists will train women, such as the Chechens did with their Black Widows, or this latest Tashfeen Malik in San Bernardino.

If it is any adult of fighting age that we screen for, jihadists have turned tograndmother suicide bombers and evenanimals laden with explosives. Astoundingly, male jihadists have even cross-dressed in burkas to avoid capture. There is no prototype.

By telling terrorists what we are looking for, they will know what to avoid. We will make their job easier.

Watch Nawaz explain how Trump's rhetoric can radicalize some Americans, via CNN:

Me on CNN @NewDay about Trump's "ban all Muslims" -This isn't a presidential candidate, this is a #PresidentialTrollhttps://t.co/HciRN9uBtT