"I’m like Moses, but less of a loser!": Larry Wilmore taunts Donald Trump for shamelessly pandering to Republican Jewish Coalition on Israel 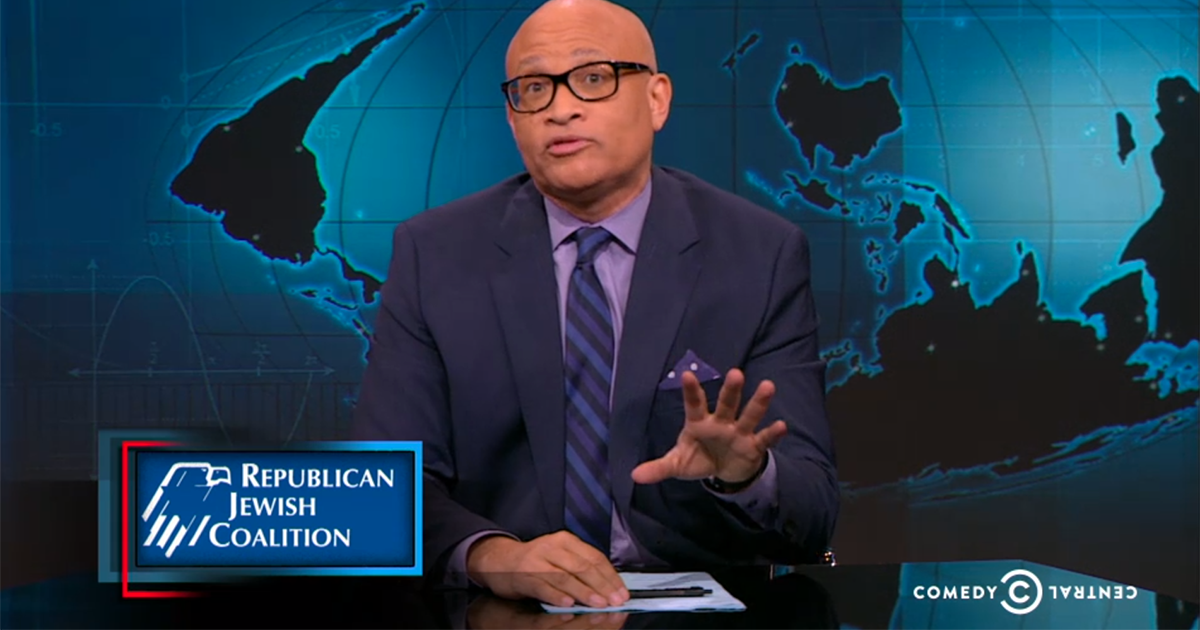 All aboard the pander express! GOP leaders spent the second day of Hanukkah pandering to conservative Jews. After all, nothing quite says "chag sameach" like a good old-fashioned Jewish stereotype.

After "Nightly Show" host Larry Wilmore mocked Lindsey Grahman for stumbling, literally, it was time to pose yet another WTF moment for Dr. Ben Carson, who couldn't quite understand the difference between hummus and HAMAS. Wilmore joked that any minute Carson was going to start confusing ISIS with Italian ices — or maybe Boko Haram will become cocoa parmesan.

But instead of making promises, like politicians do, they went the pandering route. Trump started out with his own arrogance saying he would be the best thing to ever happen to Isreal, bless his heart. "Not peace," Wilmore said, "But Donald Trump." But then it got bad. Trump actually told a room full of Jews "I'm a good negotiator, like you folks," and "is there anybody that doesn't renegotiate deals in this room ... perhaps, more than any room I've even spoken to."

"That's like going to the NAACP and saying, 'my candidacy is a slam dunk. There's no one in this room that can't dunk, right?'" Wilmore said.

But the fun continued when Wilmore called in Jewish friend correspondent Rory Albanese who explained he's not a very good Jew because he hasn't really done anything since his bar mitzvah, but he'd try to do his best. For example, the Kasich stereotype was not a thing. "We might have curly hair, but we're not labradoodles," Albanese said. "Being Jewish and being loyal are not bound by some Talmudic law."

Wait, it gets better. Jim Gilmore, who is an actual GOP candidate and is still running, oddly enough, actually told the audience he prepped for the meeting by watching the film "Schindler's List." Seriously. "My real problem with this is the casual manner with the way he says he was watching 'Schindler's List,'" Albanese said before going into an impression. "'Ya know, I was home last night, cracked open a brew, ya know, I turned on 'Schindler's List,' as ya do.' No, ya don't!" Albanese shouted. "No, you don't! Nobody does that! That is a movie you watch one time in the theater, out of respect, and then you never watch it again."

Albanese closed by calling the whole thing a "mishegas shanda." "Its mashugana and its facockta," he continued. For the gentiles, onomatopoetically you can probably figure out that its Yiddish for a crazy shame, shitty and just plain silliness.

Enjoy the videos below and have a happy Hanukkah: