Lane Bryant's epic Twitter chat fail: “Their brand is to make fat people feel like they are our only choice"

The plus size fashion retailer invited Twitter to #AskLaneBryant today, and the criticism floodgates opened 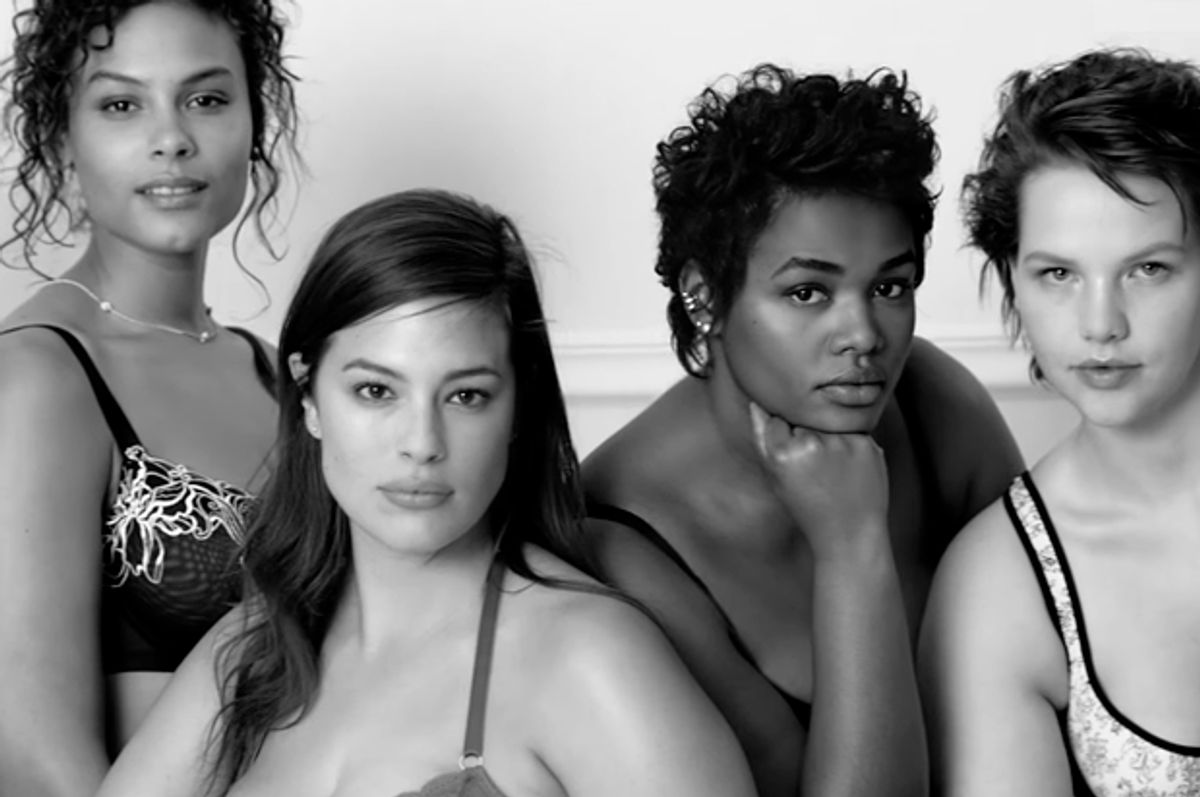 By now, it would seem that Twitter chats are most assuredly not the place any public figure or company should go unless they are prepared for an unrelenting onslaught of challenging and/or ridiculous questions. Here’s a small sampling of notorious recent Twitter chat fails: Donald Trump, Bobby Jindal, E.L. James, and Dr. Oz. By its very nature, a hashtag is open to anyone who wants to use it, whether to ask a genuine question, to critique or to troll.

Yet plus size fashion retailer Lane Bryant, already under fire in September for their #PlusIsEqual campaign, decided to wade into the fray. In partnership with the website Refinery29 (where they are an advertiser), they held a Twitter chat today hosted by Refinery29 contributor Liz Black using the hasthag #AskLaneBryant. In Refinery29’s announcement about the event, they wrote, “Whatever your opinion may be, now’s the chance to make your point.”

Even before the official 1 p.m. EST start time of the chat, users were already using the hashtag to critique the company’s policies on the models it uses in its ads and the clothes it sells in its stores. Their pointed questions included:

Jessica Andersen and Ashley Simon, co-founders of body positive online community My Body Does, told Salon in a joint email interview, “We were really excited to see how body positive and fat acceptance folks on Twitter were asking the hard questions during this conversation, but then we're a little disappointed that Lane Bryant didn't seem to address any of them directly. [We] want to see Lane Bryant hire one of these people who is asking them the hard questions, asking why, despite their #plusisequal campaign, they continue to position thinness over fatness in their corporate language.”

Amanda Levitt, a writer who blogs at her website Fat Body Politics, was critical of Lane Bryant during the chat, Tweeting, among other statements, “Their brand is to make fat people feel like they are our only choice. That we don't deserve anything better. ‪#AskLaneBryant.” Levitt told Salon, “Their Plus is Equal campaign has watered down the intent of the fat positivity as a movement for human rights by focusing on a very specific form of embodiment that doesn't represent fat people as a whole while trying to sell products. This has reflected a recent push to have a smaller selection of clothing sizes that are more expensive and are far more inaccessible to their customer base."

Lane Bryant clearly wants to be seen as more than just a store where curvy, plus size and fat women can shop. Their Facebook page (as well as a Twitter post) currently hosts 25 photos of women wearing t-shirts bearing another of their hashtags: #I’mNoAngel along with the caption, “A snap. A share. A movement. It all starts with you (and your ‪#‎ImNoAngel pics).” By seeming to remove their status as a store from the equation and putting forth the notion that by basically advertising Lane Bryant’s wares these women are part of a “movement,” the shop veers into dangerous territory. There’s nothing wrong with selling clothes to plus size women, or to do so with a body positive spin, but Lane Bryant should not confuse itself with a grassroots movement.

Chenese Lewis, host of The Chenese Lewis Show, which bills itself as “#1 podcast for plus size women,” interacted with Lane Bryant during the Twitter chat, but told Salon she believes the Twitter chat was more publicity stunt than genuine quest to learn more about Lane Bryant’s customer base. “Lane Bryant has a big budget; they have blogger conferences where they get feedback from bloggers. They have more than enough resources to get all the feedback that they need,” Lewis told Salon.

One of the common critiques that appeared during the Twitter chat was a request for Lane Bryant to use models size 22 or above. Lewis echoed that request. “As someone that’s a size 22, I would love to see models that look like me, not only with size, [but also] with diversity, with more models of color. I would like to see more diversity consistently, not one thing to prove you did it.”

Yet Lewis was willing to cut Lane Bryant a break. Of some of the critiques of Lane Bryant’s clothing offerings that cropped up during the chat, Lewis said, “The plus community online is more trendy and fashion forward. Everybody online doesn’t represent everybody in the whole United States of America. There are people who shop at Lane Bryant who don’t even know what Twitter is, I’m sure.”

Lewis doesn’t believe a Twitter chat is the best forum for a company like Lane Bryant to garner feedback “because people are so mean and negative on social media. Had this been an open forum or panel where you could see each other face to face, half of those comments wouldn’t have been said.”

To their credit, Lane Bryant responded to many Tweeters, even the critical ones, like fashion blogger Kristine of TrendyCurvy.com, who wrote, “I think the prob is ‪@lanebryant does JUST enough to pacify but does not push the envelope as a legacy plus size brand should.”

While their Twitter chat could have gone worse, it doesn’t seem to have advanced the conversation around size diversity in fashion, other than to allow people an outlet to very publicly vent about what they find wrong with Lane Bryant. It seems doubtful that that will truly benefit the company unless, as Lewis noted in our conversation, they’re of the "all publicity is good publicity" school. Lane Bryant can take the core complaints they received today and, rather than offer a splashy social media message, use those for further research and development. We do live in a 24/7 media culture, and the transparency of social media can seem alluring. But for any potentially polarizing topic (read: all topics), Twitter chats like this are more likely to devolve into a humorous spectacle than effect any real change.