Seth Meyers mocks Marco Rubio's idiotic call for "bomb control": "How come you can just walk into any Walmart, go to the bomb aisle and buy a bomb, no questions asked?" 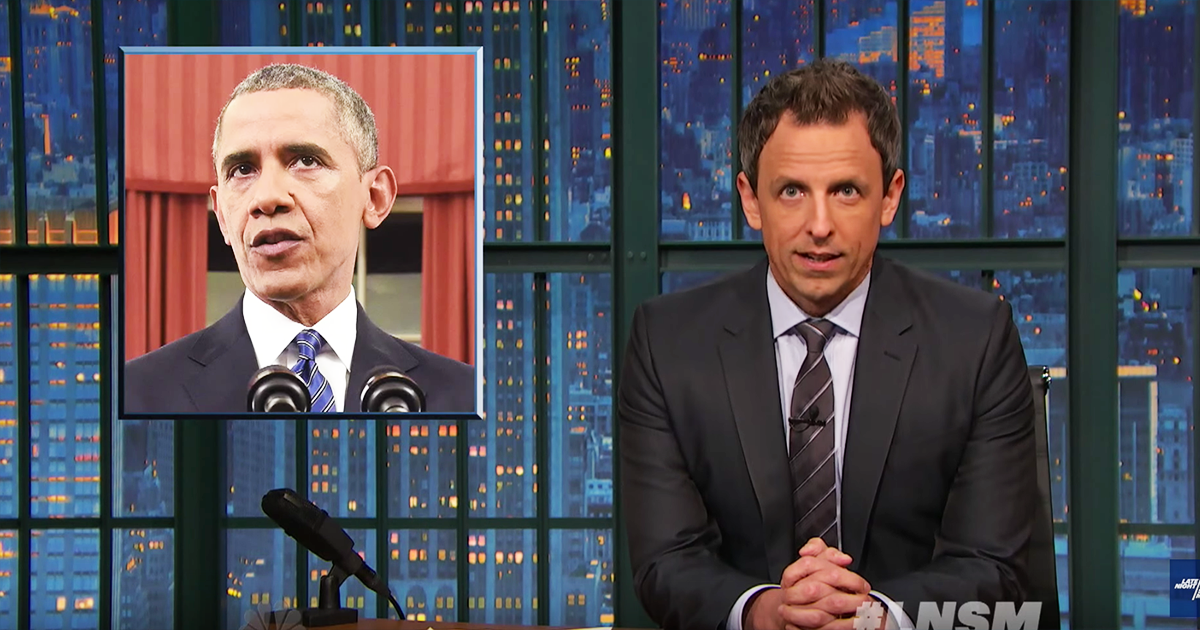 If it's one thing Fox News loves it's to make something out of nothing. The whole neocon crew was forced to come in on their day of rest to attack President Obama after his address to the nation and throw in some Islamophobia.  "Late Night" host Seth Meyers took a "closer look" at their commentary wondering WTF their problem was with the linguistics of the President's speech.

Jeb Bush (who somehow is still running for president) and his Fox News pals were miffed Obama didn't use the term "radical Islamic terrorism." Instead, Obama used the phrases "it is the responsibility of Muslims around the world to root out misguided ideas that lead to radicalization," "a perverted interpretation of Islam," and "this was an act of terrorism." So, he used the words, just not in the order Fox News would prefer. "Which would be a problem if it was a spell and he was Harry Potter, but he's not. So, it isn't," Meyers joked.

The goal of Sunday's speech was to calm the nation since after the shooting the media lost its mind with insanity and speculation. Especially when they got access to the suspect's apartment and CNN and MSNBC literally killed journalism right before our very eyes. Strangely enough, Fox News showed restraint. Probably because they've been sued before.

But where Fox didn't show restraint was in the commentary around the incident in all of their Islamophobic glory. One commentator literally proposed when a colleague named Syed leaves your Christmas party and everyone's like "where's Syed?" you should just call the cops.

By contrast, Marco Rubio wanted to know why people were talking about gun control instead of bomb control. "Yeah?!" Seth Meyers said in response. "Why aren't bombs illegal? How come you can just walk into any Walmart, go to the bomb aisle and buy a bomb no questions asked?! Oh..... wait.... bombs are illegal." How a United States Senator like Marco Rubio doesn't know that is concerning.