Trump's proposal "is no different than the situation during WWII, when we put the Japanese in camps," one Rep. said 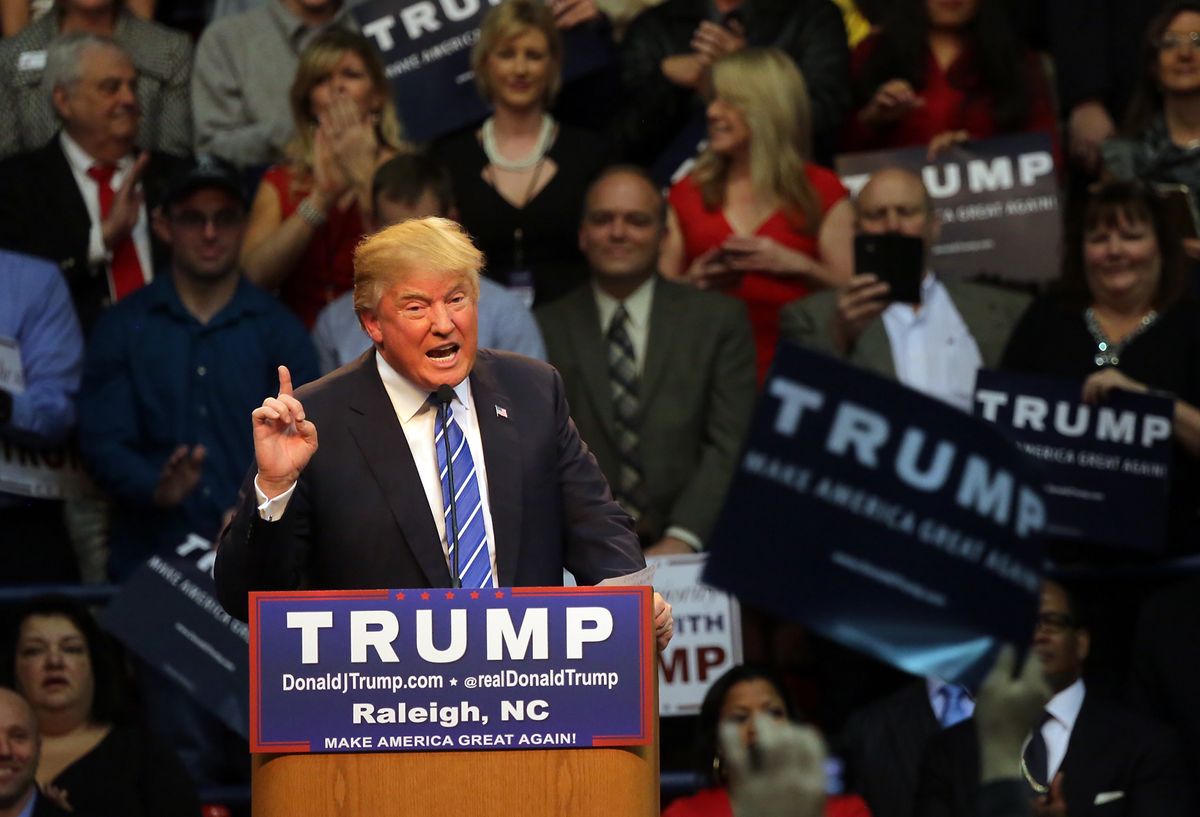 Trump suggested barring all Muslims from entering the United States "until our country’s representatives can figure out what is going on," which given the august legislative's body typical celerity, essentially amounts to forever, what with the "great hatred towards Americans by large segments of the Muslim population."

Horn disagreed, saying that "there are some issues that transcend politics. While my position (as party chairwoman) is certainly political, I am an American first. There should never be a day in the United States of America when people are excluded based solely on their race or religion. It is un-Republican. It is unconstitutional. And it is un-American."

But state Representative Al Baldasaro disagreed, saying that what Trump's proposing "is no different than the situation during World War II, when we put the Japanese in camps," which for people not in Trump's thrall, is considered one of the most shameful moments in American history.

"The people who attacked innocent people in Paris came through open borders," he continued. "From a military mind standpoint, all Donald Trump is saying is to do what needs to be done until we get a handle on how to do background checks."

"She needs to resign, because she has no clue," Baldasaro concluded. "She’s my friend, but I have to separate that from the Republican Party."

Not surprisingly, Trump's New Hampshire campaign chairman, state Representative Steve Stepanek, agreed. "When is she going to learn that as state party chair, she is supposed to be neutral and create a level playing field?" he asked. "It seems as though she waits for President Obama and the Democrats to comment on what Donald Trump says and then repeats it. I think she should resign as chairman of the Republican Party and run for chairman of the Democratic Party."