Donald Trump and Erick Erickson show that GOP politics is about opposing Obama on everything, even the Constitution 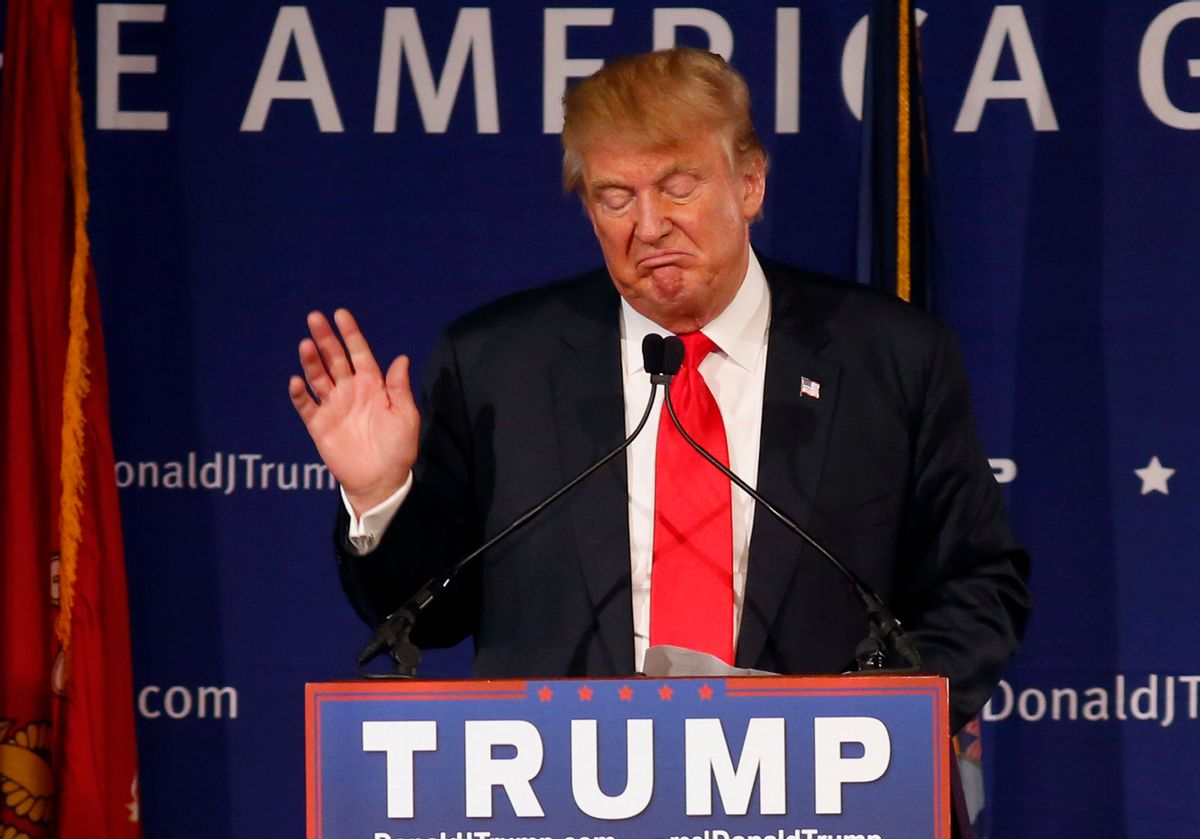 The pace at which Donald Trump is devolving into a full-blown fascist demagogue is accelerating. Just a few days ago it was difficult to argue that Trump was anything but a lightly modernized reincarnation of Il Duce. Yesterday’s pronouncement that President Trump would ban all Muslims from entering the country because of the “dangerous threat” they pose reflects some key traits of fascist politicking: unmasked intolerance, leveraging fear of clandestine external threats, and hostility towards the legitimate governing order. In this case, Trump has offered a direct rebuke of the Constitution’s legal and moral authority, arguing that its protections of religious liberty must be suspended in order to safeguard the country from every Muslim living outside our borders.

This is ugly stuff that merits nothing but full-throated denunciation and rebuke. Anyone who witnessed the wild applause Trump received in South Carolina yesterday after laying out his Muslim-banning policy should be left unnerved. Trump’s platform is despicable. The fact that it brings his supporters to their feet in celebration is terrifying.

Some conservatives are working desperately to distance themselves from Donald Trump and his latest proposal, either by arguing that he doesn’t represent conservative values or by claiming that he’s actually a product of the dastardly left. But lamentably influential right-wing blogger Erick Erickson thinks that Trump’s lurch towards fascism is terrific politics and will do wonders for the GOP 2016 frontrunner in the short term:

Set aside the merits of what amounts to at least, in part, an unconstitutional position.

This is actually brilliant politics for the here and now. Immediately, every other Republican candidate except Ted Cruz rushed out to attack Donald Trump. He’s unhinged, hateful, etc. And the responses all amounted to “we must let muslims [sic] enter our country,” which sounds a whole lot like “we must allow all Mexicans in our country,” which everyone knows is blatantly untrue on both counts.

We do not have to do it, but the other candidates, unable to nuance their spittle, went all in with “no religious tests” and “yes we must do this because it is who we are.”

So, to put it another way, the day after the President failed to reassure a scared public following the second worst terrorist attack since 9/11 on domestic soil, Donald Trump not only got himself to the right of all the other candidates, but also got every single one of them save for Ted Cruz to align themselves with Barack Obama.

What we’re seeing here is the purest expression of the phenomenon that has defined conservative and Republican political strategy for the past six or seven years: if Obama is for it, then the “conservative” position is to be against it. This has played out on the policy front, as formerly Republican ideas that were embraced by the Obama administration – Obamacare, cap-and-trade – were uniformly denounced by the GOP as big-government socialism by virtue of their acceptance by the president. The very notion of a minimally functioning federal government has come to be viewed as anathema to large segments of the right because funding the government is perceived to be a victory for Obama.

Here we have Erickson acknowledging right from the get-go that Trump’s proposal to deny people entrance into the country based on their faith is in direct violation of the Constitution. Proceeding from that admission of flagrant illegality, he praises Trump for taking this position because it put him “to the right” of all the other candidates, who are now perceived to be in line with Obama on the issue of not banning Muslims from the country.

So, per Erickson, if Obama’s for it, the smart move is to be against it, even if the thing Obama is for is the Constitution of the United States. The “conservative” position in this scenario is the unconstitutional mass violation of religious liberty by the federal government. “Ignore the merits and constitutionality – the politics of this work to his advantage,” Erickson writes of Trump’s proposal. I couldn't write a more damning appraisal of conservative politics than that.

There can and should be no tolerance of what Trump has proposed. But some conservatives will accept Trump's fascism (or at least won’t come right out and say Trump’s fascism is wrong) because it’s being offered in opposition to Barack Obama, who, according to right-wing dogma, can never be right.